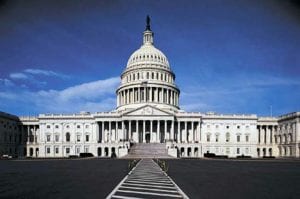 In response to efforts spearheaded by the National Thoroughbred Racing Association (NTRA) and horse racing’s advocates within the federal government, the United States Department of the Treasury and Internal Revenue Service (IRS) yesterday issued a Notice of Proposed Rulemaking and Public Hearing (Notice) that opens the door to the possible addition of pari-mutuel gambling winnings to updated reporting and withholding requirements being developed for bingo, keno, and slot machine players. The specific references relating to pari-mutuel wagering can be found in a section of the Notice entitled, “Gambling Winnings Other Than Bingo, Keno, and Slot Machine Play.”

For several months, the NTRA has been seeking updated guidelines related to reporting and withholding of pari-mutuel winnings. A clarification by Treasury and the IRS was formally requested in June 2014 by Rep. John Yarmuth (D-KY), and Rep. Charles Boustany (R-LA), and co-signed by a bi-partisan group of 15 other members of the U.S. House of Representatives. In their letter, the 17 congressmen urged the Treasury and IRS to consider the inclusion of a bettor’s entire investment in a single pari-mutuel pool to determine the amount reported or withheld for tax purposes, as opposed to only the amount wagered on the correct result. This issue typically arises in the context of increasingly popular multi-horse or multi-race wagers.

For example, the amount wagered by a Pick Six player who hits with one of 140 combinations on a $1-minimum wager would be $140, which is the total amount bet into the Pick Six pool. Currently the amount wagered is calculated using only the $1 bet on the single winning combination. By understating the amount wagered in this manner, the IRS is imposing significant additional reporting and withholding obligations on horseplayers while creating unnecessary paperwork for the IRS.

A clarification would directly benefit pari-mutuel customers by reducing burdensome tax obligations. The proposal also aims to lessen racing’s competitive disadvantage against other forms of gaming that are not subject to such aggressive tax treatment related to reporting and withholding.

A Change.org petition posted by the NTRA last year received nearly 8,000 signatures in support of the clarification in only a few months.  Kentucky Gov. Steve Beshear sent a letter to the Treasury last fall seeking the clarification on behalf of his state’s signature industry. In November, the NTRA teamed with Rep. Yarmuth to request a meeting with Treasury officials in Washington, D.C., to further raise awareness of the issue. A subsequent meeting, held in January on Capitol Hill between Rep. Yarmuth and a high-ranking official at the Treasury, also included two members of the NTRA’s National Handicapping Championship (NHC) Players’ Committee and an executive from Churchill Downs, which is in Yarmuth’s home district.

“Since last summer, the NTRA has been working with the Treasury and Congress to modernize IRS form W-2G,” said NTRA President and CEO Alex Waldrop. “The clarification we are seeking will significantly decrease the incidence of reporting and withholding on winning pari-mutuel wagers.”

The request for comment was included as part of a larger IRS notice – “Information Returns; Winnings from Bingo, Keno and Slot Machines.”

“In the coming days and weeks, the NTRA will be reaching out to all segments of the horse racing industry, including horseplayers, to coordinate and solicit comments in support of this important tax clarification that could positively impact everyone associated with our sport and business,” said Waldrop. “We thank the Treasury for their consideration.”