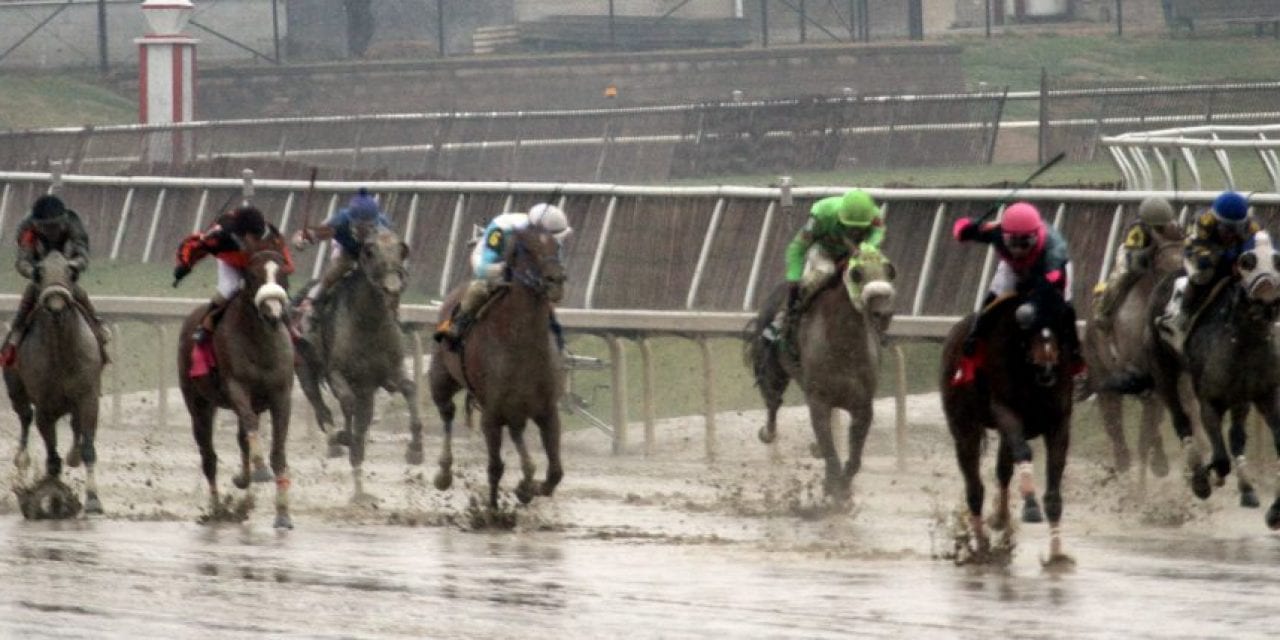 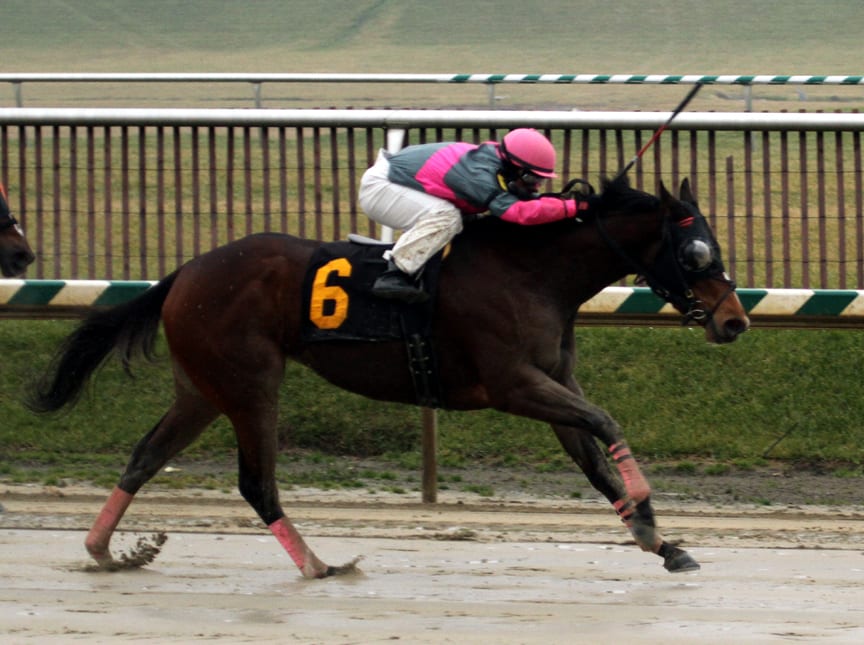 Lady Sabelia rolled to her third straight win in the What a Summer at Laurel in January. Photo by Laurie Asseo.

Two local trainers are among those who may have entrants in Saturday’s Grade 2, $300,000 Barbara Fritchie Handicap for fillies and mares at Laurel Park.

But, even though they both seem to have taken the same route here — the Willa on the Move Stakes in December, followed by the What A Summer in January — they’re actually arriving via different approaches.  Lady Sabelia is very likely to start in the Fritchie, while Disco Barbie’s connections are weighing their options on her.

Lady Sabelia, winner of the both the $100,000 Willa On The Move Stakes and the What A Summer Stakes over a sloppy Laurel strip in her two most recent outings for trainer Robin Graham and owner-breeder Mrs. Frank Wright, clearly arrives as the sharpest mare on the grounds. The five-year-old Majestic Warrior homebred mare has won five of her last six starts.

The trick for her connections is merely to keep her as fit, happy, and ready as she’s been.

“She’s really coming into the Fritchie good,” Graham said last week, “She’s had two works since her last start [a four-furlong breeze in 51 seconds on Jan. 17 and a five-furlong move in 1:02.3 in Feb. 1]. She’s been training well and she bounced back from that last start quickly. She’s the type of mare that can do anything that [jockey] Horacio [Karamanos] wants her to. She’s really coming into her own and I’m happy for the Wrights. They’ve been in the business a long time and they’re the type of people you like to see having success.”

Graham suggested that Lady Sabelia’s final work would be a “little sharper” than her previous two.  And so it was — a blazing five-furlong move in 58 4/5 seconds on February 8, 1 2/5 seconds faster than any other worker at the distance.

For Disco Barbie — second in the Willa on the Move and fourth in the What A Summer — the task was different.  In fact, prior to the What A Summer, trainer Dale Capuano insisted that “playtime” would be over for the mare following that race.

Capuano said that instead of her normal diet of modest, half-mile works, Disco Barbie would get pushed a little harder in the morning.

The longtime Maryland trainer has been true to his word with the daughter of Pure Prize, sending her out for a five-furlong move in 1:02 flat on Jan. 17 that was the fourth best of 37 runners that morning and then right back with another five-furlong work of 1:02.3 on Feb. 1, identical to the clocking Lady Sabelia posted that morning.

On February 8, while Lady Sabelia was zipping five furlongs, Disco Barbie went six, clocking the three-quarters in 1:16, second best of four at the distance.

“The track has been a little deeper over the last few weeks, so these last [few] workouts have really been good for her,” Capuano said.  “I gave her a few maintenance works before the What A Summer, but now she knows that it’s back to business as usual.”

And Disco Barbie, a five-year-old Pure Prize mare, has shown versatility, running stellar races on both synthetic surfaces and on conventional dirt.  Though she has yet to register her first stakes score, she has placed in eight stakes events — four of them graded.

“She’s always done well over the main track when it comes up fast and the seven furlongs [the Fritchie distance] is definitely her best distance,” Capuano said. “She has really been training well since her last start. We’re pointing for the Fritchie, but we’re keeping our options open just in case the weather is not great and the track comes up sloppy.”

In addition to each other, the roster of other runners the pair will face is still taking shape but figures to include some tough customers.  Among the expected entrants is Jerry Hollendorfer trainee Sam’s Sister, a four-year-old Brother Derek filly who has won a pair of graded sprints in her last two starts and whose only defeat in six tries came on the turf.

Graham is neither surprised nor daunted, however.

“Anytime you put up that type of money, horses are going to come from everywhere,” Graham said. “My mare is coming into it perfect and she won’t have to ship anywhere to run.”