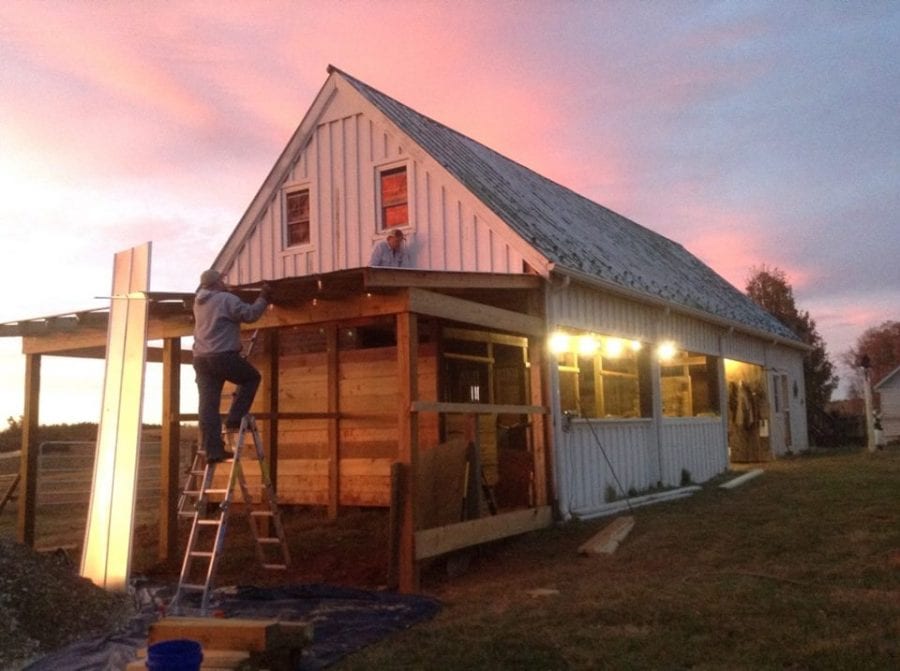 “Can I call you back in a little while?” asked Barbara Luna on a recent wet, cold afternoon. “It’s miserable here, and I want to get the horses fed.”

An hour later, the horses taken care of, Luna can talk. Which she does, willingly, at length, telling the story of how she made a dream come true.

It started on the backstretch at Philadelphia Park, back when it was still called that, when Luna was working for the Pennsylvania Thoroughbred Horsemen’s Association (PTHA) under director Mike Ballezzi. A native of New Jersey, she studied animal science at Rutgers, thought about becoming a veterinarian, and has spent most of her adult life working at the racetrack: at Monmouth Park and Gulfstream, on the backstretch and in front of the camera.

As awareness of Thoroughbred retirement increased, PTHA decided in 2008 to establish its own retirement program on the backstretch of Philadelphia Park, and Luna added to her PTHA responsibilities administration of the program. The premise was simple: trainers who had horses that were ready for retirement could turn the horses over to Turning For Home, as the program was called, and Luna would find an appropriate placement for them, ideally in a re-training program that would suit the horse for another career.

“I found that the horses that I loved the most were the older racehorses,” Luna reflected. “They were harder to adopt. With all the incentives for Thoroughbred show horses, people wanted the younger ones, and it was difficult to get the 7-, 8-, 9-, 10-, even 11-year olds into homes.

“So I thought about starting my own program.”

The woman from the north looked south, to an area rich in history that had long intrigued her, and she waited until the right farm came along. In 2012, it did, in Appomattox, Virginia, not far from the site of Lee’s surrender to Grant, which effectively ended the Civil War.

She closed on the farm in May 2012, but happy in her role at Turning for Home and appreciative of the security it offered, she continued working as she prepared the farm to house both herself and retired horses.

“I wasn’t really prepared to jump off the racing ship at that point,” Luna said. “It was a really good job. But I thought, ‘If I don’t do it now, I’ll be too old to lift a pitchfork.’” 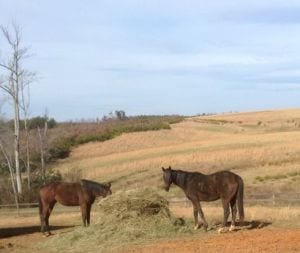 System Restore and Hermosillo in the field. Photo courtesy of War Horses at Rose Bower.

So she commuted, from her home in New Jersey to the farm in Virginia, heading down about once a month, working on renovations. As the months went by, heading back northeast became harder and harder, and in September 2013, Luna left Turning for Home to take up residence in Virginia.

And after years of being the one to place horses in retirement homes, Luna opened War Horses at Rose Bower, taking in the very kinds of horses she used to find homes for.

“I got great experience working for Mike Ballezzi,” she said. “I loved horses and helping them, but he helped me learn the business side.”

She’s got a handful of horses whose names will sound familiar to those who follow East Coast racing. The 12-year-old New York-bred Gimme Credit, a stakes winner at Belmont and Saratoga with earnings of nearly $750,000, lives at Rose Bower, as does System Restore. Now 11, he finished his racing career in 2013 at Suffolk Downs, banking just under $300,000.

They both come through Take The Lead, the retirement program of the New York Thoroughbred Horsemen’s Association for which Turning For Home was the model.

Colonel Bart, now 23, also has a spot.  He’s a Florida-bred who raced for most of his 84-race career in the mid-Atlantic, garnering his lone stakes win at the Meadowlands in 1997.

Luna’s also got a stakes-winning movie star in Hermosillo, an 11-year-old veteran of 74 starts. The 2011 New Jersey-bred Horse of the Year earned $679,000 on the track; he was claimed in 2008 by New Jersey-based Kenwood Stables, for which he made nearly 60 starts, and Kenwood now sponsors his retirement.

“I used to work for [Kenwood founder] Robb Levinsky, doing PR for him when he started the partnership,” she recounted. “We hadn’t seen each other for years, and then all of a sudden, I saw him at Monmouth Park, we started talking, and he asked if Hermosillo could come here. He was the first horse I got.”

Last March, he got a star turn playing a cavalry horse in a Civil War documentary that was shooting in the area.

“It was a very little part, but he was very good,” said Luna, a proud smile evident in her voice. “He was perfect. I thought he might be a nervous wreck, but he didn’t care about anything.”

Some of War Horses’ residents will be retrained and put up for adoption; others will live permanently on Luna’s farm. She chose its name for the horses that she’ll accept, the old war horses that race dozens of times over a number of years, and while she’s not affiliated with the war horse programs that work with military veterans, she hopes that one will be a part of Rose Bowers in the future. 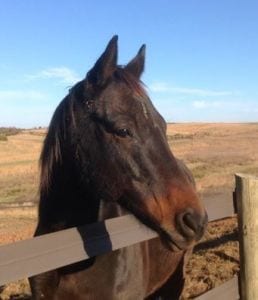 She also looks forward to applying for accreditation from the Thoroughbred Aftercare Alliance, to receive its imprimatur and the funds available through the organization. In 2010, Luna was a panelist at the Grayson-Jockey Club Summit on the Welfare and Safety of the Racehorse Summit, talking about “Transitioning Thoroughbred to Second Careers” (you can download the video of the presentation here). Such discussions led to the creation of the T.A.A.

In the meantime, she’s raising money independently, hoping, she says, to have enough funds to respond to emergencies, to help horses posted on social media that need to be bailed out of a kill pen.

“I want to be able to say, ‘I can pay for shipping; get him out of there right away,’” she said. “I’ve always wanted to be able to help those guys.”

At this time of year, it’s cold and wet in Central Virginia, and so muddy that last year Luna wondered aloud whether the grass would ever grow back in the spring. But no matter how unpleasant the work might seem, no matter how challenging the horses are, no matter how much money it takes to make sure that retired horses have a life they deserve after years of work, Luna is exactly where she wants.

“I love it out here,” said the former Jersey girl. “I’m just a farmer now with dirty fingernails, mucking stalls and finding homes for older horses.”