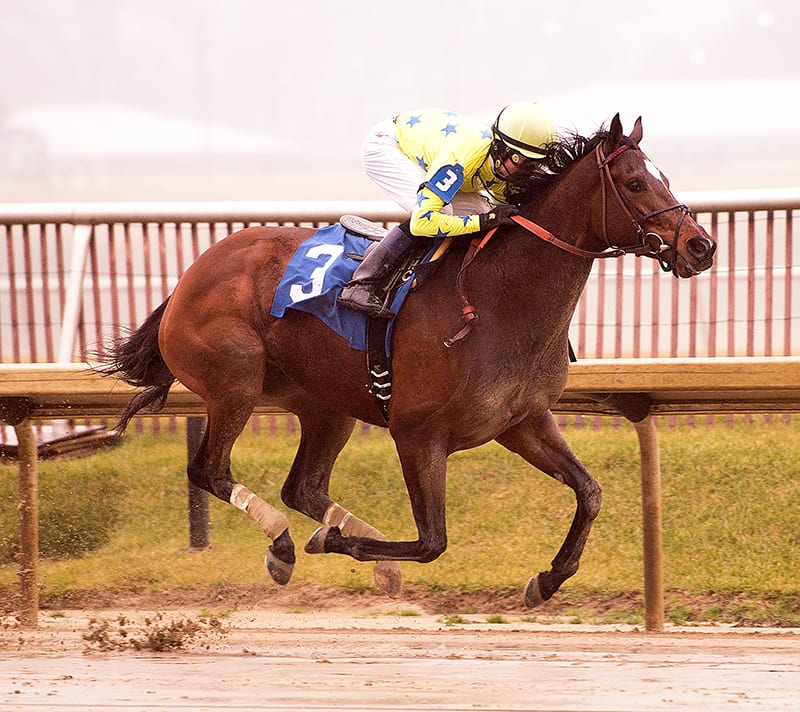 Pearl Bloodstock, Ltd.’s Star Pearl hounded the pacesetter to the top of the lane before wresting command and drawing away to victory in the 1-1/16th mile, $100,000 Nellie Morse Stakes, the third of four $100,000 stakes races Saturday afternoon at Laurel Park.

Before You Know It had blasted to the front down the backstretch but Star Pearl, with jockey Sheldon Russell, stayed on her heels. The two separated from the rest and the race came down to which would have the most in the tank. The Graham Motion trainee, a daughter of Tapit, proved to be best, winning by 3-1/4 lengths, while another Motion trainee, Zucchini Flower, finished third.

“Graham had mentioned that she hadn’t really run well on an off track before. Recently they have liked her morning workouts,” said Russell, who rode Star Pearl once previously. “She has really matured over the last year. She is very easy to ride. She broke nicely and put me in great spot going into the first turn. The race set up perfect. I was able to sit off the speed and when I asked her to go she dug in and finished up well.”

Star Pearl, who won three-of-six a year ago including a stakes race at Presque Isle Downs, paid $10.40.

The winning time for the Nellie Morse was 1:46.33 over the slopping going.