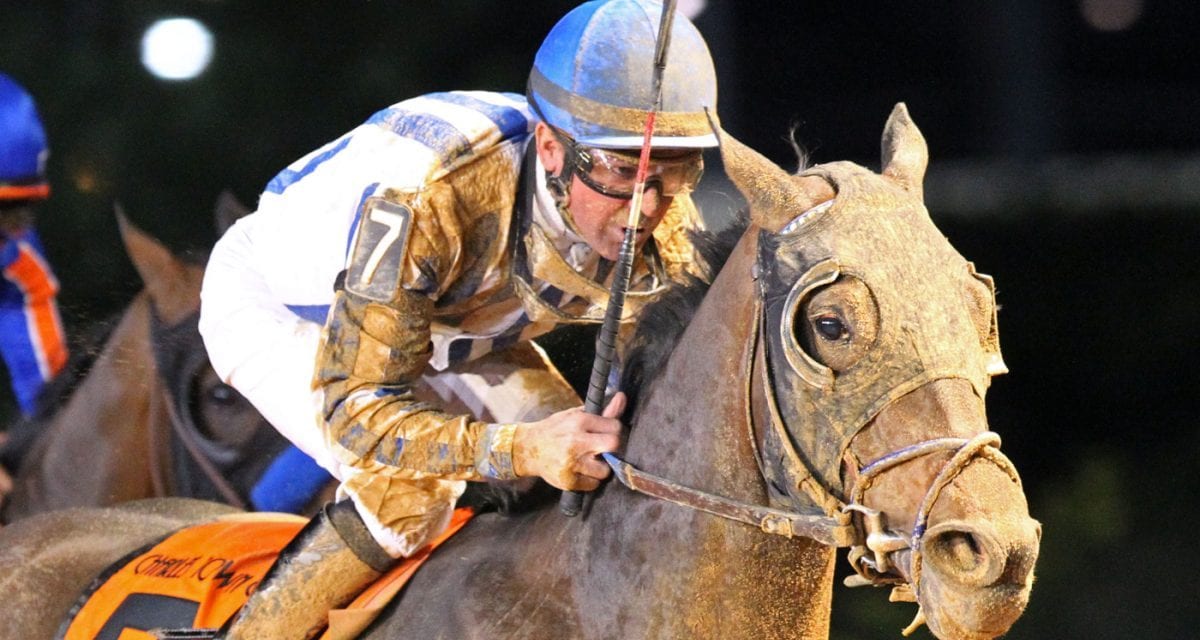 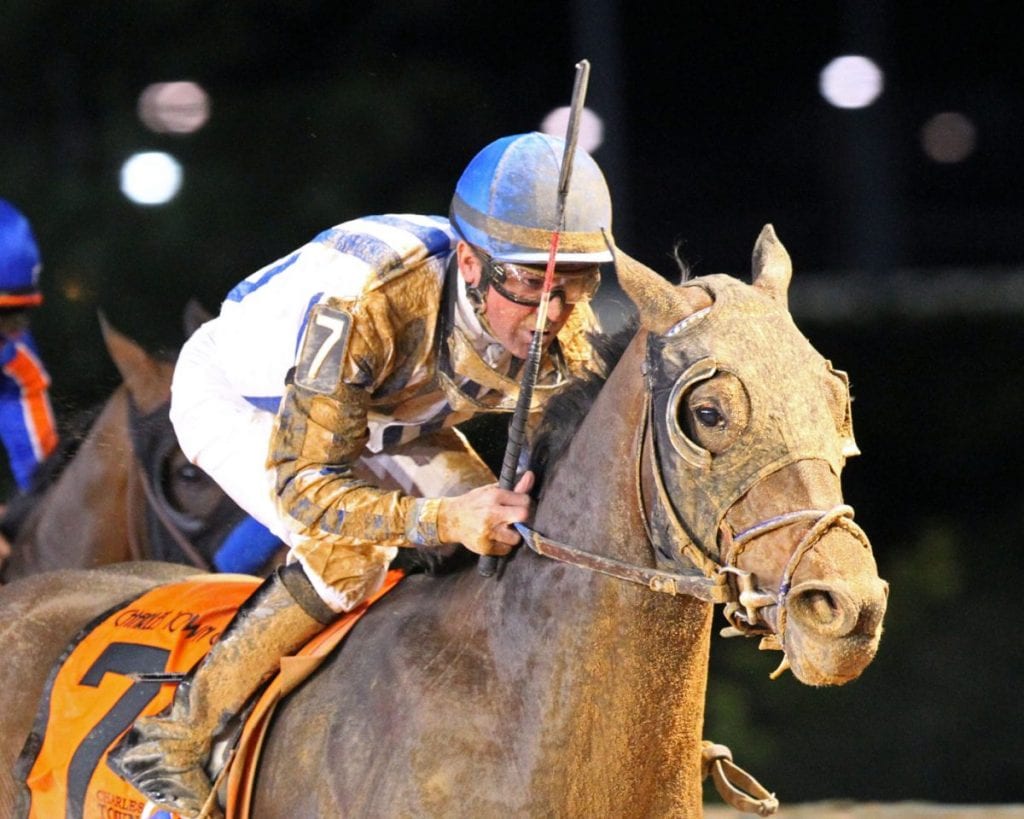 The 2015 stakes action at Charles Town will kick off on April 18 with the centerpiece of the track’s season – the $1,500,000 Charles Town Classic – as well as 6 other stakes on the evening’s 13 race program.  With its $1,500,000 purse, the Charles Town Classic continues to occupy the top spot as the richest race in the United States outside of the Triple Crown and Breeders’ Cup, a distinction it shared in 2014 with the prestigious Whitney Handicap (G1) at Saratoga.

The 2014 Charles Town Classic saw Game on Dude’s attempt to break John Henry’s record as racing’s all-time money earner among geldings derailed by Kent Desormeaux and Imperative, who stunned the defending champ by sweeping by him on the far turn and posting the biggest upset in the race’s history at odds of 26.50-to-1.  The show spot in the 2014 Charles Town Classic went to Moreno who would go on to take the Whitney later in the year while fourth place finisher Clubhouse Ride made his next start in the Californian (G2) and became the first horse to win consecutive runnings of the race since Hall of Famer Ancient Title accomplished the feat in 1975 and 1976.

While the Charles Town Classic will carry the same $1,500,000 guaranteed purse as it has the previous two years, the manner in which the purse is distributed will undergo a change for 2015.

The first $500,000 of the guaranteed purse will be set aside for horses having won some of the country’s most prestigious races.  The connections of a Kentucky Derby or Breeders’ Cup Classic winner will each receive $200,000 of that amount for finishing the Charles Town Classic.  Winners of the Preakness, Belmont Stakes, Breeders’ Cup Distaff and Pacific Classic would be eligible to receive $100,000, with the connections of any other Grade 1 winner in the field eligible to receive $50,000 depending on how many winners of the aforementioned races compete.  Any money not paid out from the original $500,000 will be added back to the remaining $1,000,000 and competed for among all runners as a standard purse would be.

“We want to lure some of the top horses in the division to Charles Town for the Charles Town Classic and hope this added wrinkle helps in doing so,” said Erich Zimny, Charles Town’s Vice President of Racing Operations.  “We’ve seen how our fans responded to a Game on Dude, Commentator and some of the other top handicap horses who came into our race as accomplished as they did and see this as a more pointed and direct effort in terms of inducing the connections of those types of horses to send them here.”

As has been the case since the Charles Town Classic’s inception, the most lucrative race on the April 18 undercard will again be the $150,000 Sugar Maple presented by CANTER Mid-Atlantic for fillies and mares going 7 furlongs.  The 2014 edition of the Sugar Maple was won by James Arrison’s Flattering Bea, while eventual Grade 1 winner Dance to Bristol was victorious in the 2013 race. Joining the Sugar Maple will be the $100,000 Robert Hilton Memorial and a quartet of $50,000 stakes for accredited West Virginia breds in the Coin Collector, Confucius Say, It’s Binn Too Long and Original Gold.

While the purse division for the Charles Town Classic is new, so too is the day’s start time, moved up to 12:45pm EST and run in the daytime versus the track’s standard evening program.

Including the 7 restricted stakes conducted on the Charles Town Classic and Race for the Ribbon days, 16 stakes for West Virginia breds, totaling $800,000 in purses are currently scheduled in 2015.  Not included in that figure is the Tri-State Futurity, open to horses bred in West Virginia, Maryland and Virginia which will take place on October 31.

All told, the 2015 Charles Town Stakes schedule is made up of 23 races worth a total of $3,150,000, excluding the West Virginia Breeders’ Classics whose purses have not yet been finalized.