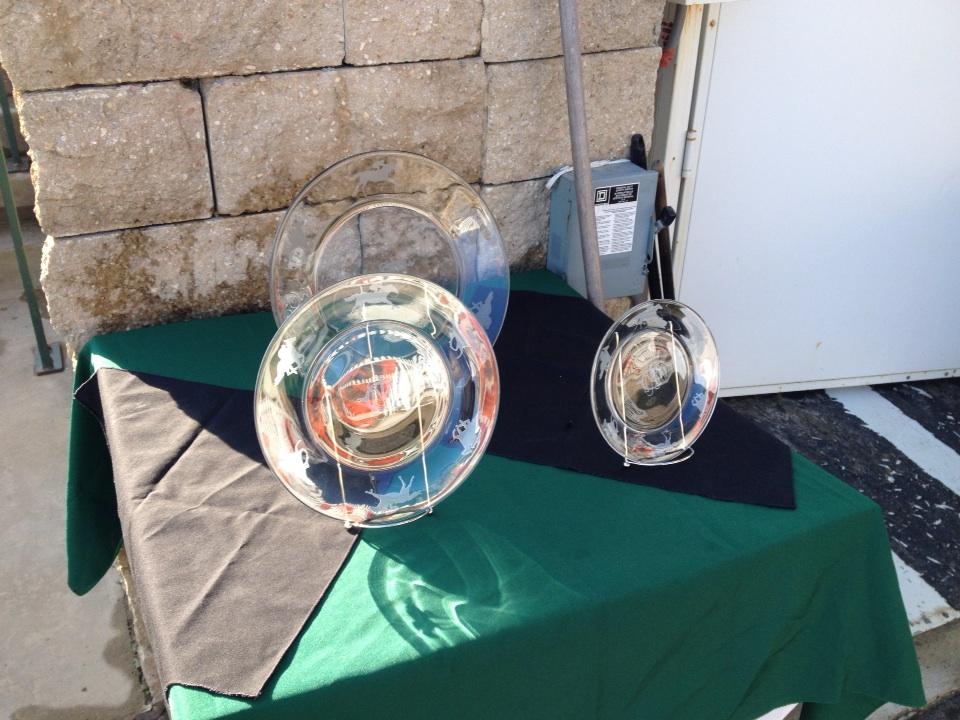 The National Thoroughbred Racing Association (NTRA) announced today that sports broadcaster Jeannine Edwards of ESPN and ABC will host the 44th Annual Eclipse Awards presented by Daily Racing Form, Breeders’ Cup and The Stronach Group. The Eclipse Awards, which honors the 2014 champions of Thoroughbred racing, will be held January 17, at Gulfstream Park Racing & Casino in Hallandale Beach, Fla. It will be the fourth consecutive year Edwards has emceed the ceremony.

“It is an absolute privilege to once again be hosting the Eclipse Awards,” Edwards said. “It’s a night unlike any other on the racing calendar – glitzy, suspenseful, and the perfect setting to soak in the accomplishments of so many talented individuals, both two- and four-legged. I’m truly honored to be back, and along with the rest of the crowd can’t wait to revisit a year’s worth of memorable moments.”

Edwards joined ESPN in 1995, initially working exclusively on Thoroughbred racing.  Since then she’s worked the sidelines for college football and college basketball, in addition to reporting on various news and stories for SportsCenter.

In 2009, Edwards was part of the broadcast team that won an Eclipse Award for the Belmont Stakes telecast on ABC, as well as an Emmy nomination for the Breeders’ Cup on ESPN. That same team won a second Eclipse Award and a second Emmy nomination for the 2010 Breeders’ Cup telecast. Edwards has also been consistently named as one of the top 10 female sportscasters by several media outlets.

A native of Tenafly, N.J., Edwards spent 10 years on the racetrack as an exercise rider, apprentice jockey and trainer of thoroughbred racehorses in New York and New Jersey before initially getting into television in 1994 as an in-house TV host at racetracks in Maryland.

“Jeannine always brings both a sharp wit and a sincere respect for horseracing to her hosting duties,” said NTRA President and CEO Alex Waldrop. “She is a professional who knows how to set the right tone for a prestigious occasion like the Eclipse Awards.”

Eclipse Awards tickets are available for $400 each or $4,000 for a table of 10. A block of rooms have been reserved at the Westin Diplomat Resort and Spa, located on the ocean and only a short distance from Gulfstream Park. For ticket purchases and room reservations, please contact Michele Ravencraft of the NTRA at [email protected], or call (859) 422-2657.

The “black-tie optional” Eclipse Awards highlight a full weekend of events, several of which will be tied to charitable causes. A Friday night, Jan. 16, party in the Gulfstream Park paddock benefitting Gulfstream Thoroughbred Aftercare will have a “Havana Nights” theme. Saturday, Jan. 17, is Sunshine Millions at Gulfstream with five major stakes races for Florida-breds cumulatively worth more than $1 million. Sunday, Jan. 18, features a “First Chance/Last Chance” qualifier for the National Handicapping Championship.

Eclipse Awards voting is conducted by the National Turf Writers and Broadcasters (NTWAB), the NTRA and Daily Racing Form. The Eclipse Awards ceremony is produced by the NTRA.

The Eclipse Awards are named after the great 18th-century racehorse and foundation sire Eclipse, who began racing at age five and was undefeated in 18 starts, including eight walkovers. Eclipse sired the winners of 344 races, including three Epsom Derbies.