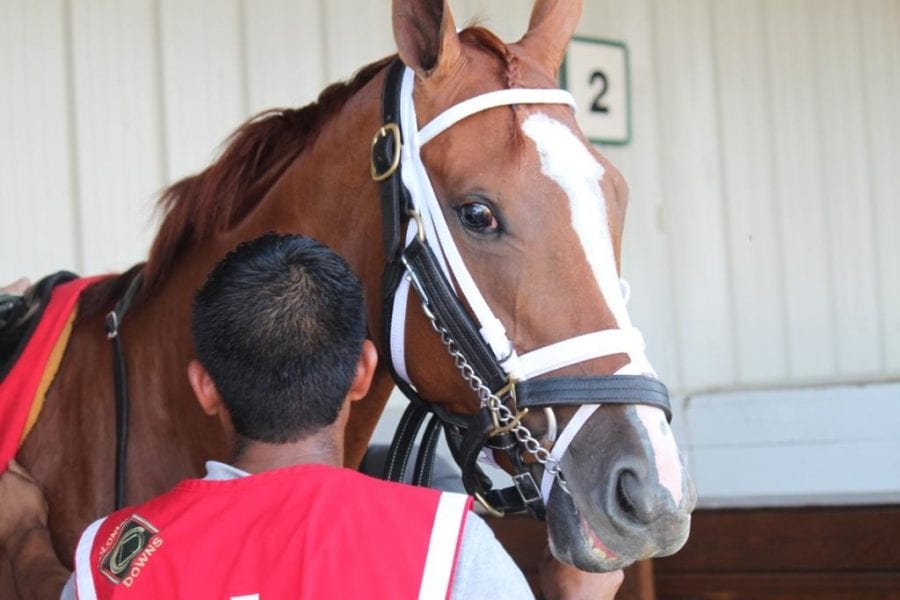 A number of horses connected, in one way or another, to the mid-Atlantic are headed to Santa Anita.  Following yesterday’s post position draw, here, in part two of two, is the early scoop on some of ’em:

Though he’s Florida-bred and New York-based, Tightend Touchdown (8-1, Turf Sprint) has done most of his successful running in the mid-Atlantic.  He has won back to back runnings of the Pennsylvania Governor’s Cup at Penn National and run second or third in the last two runnings of both of Parx Racing’s Grade 3 turf sprints, the Parx Dash and the Turf Monster… Arnaud Delacour trainee Ageless, based at Fair Hill, is on the also-eligible list for the Turf Sprint… Three horses on Friday’s undercard have regional links: Pennsylvania-bred Patrioticandproud in the Grade 2 Las Vegas Marathon Stakes, Virginia-bred Long on Value in the Grade 2 Twilight Derby, and Ring Weekend, trained in Maryland by Graham Motion, also in the Twilight Derby…Rusty Slipper, 20-1 in the Filly and Mare Turf, is another Fair Hill-based Graham Motion trainee… Saturday’s undercard includes a West Virginia-bred, Lamontagne, in the Juvenile Turf Sprint, and Pennsylvania-bred On the Backstreets in the Senator Ken Maddy… 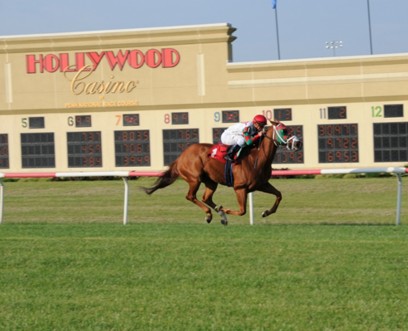 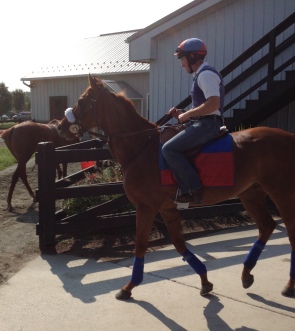 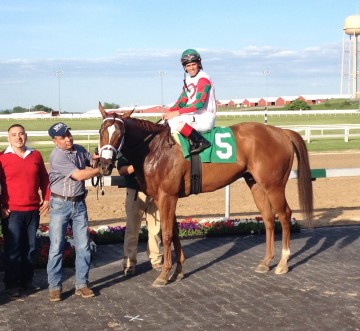 Winning his second Pennsylvania Governor’s Cup was no sweat for Tightend Touchdown and assistant trainer Henry Argueta, in red. 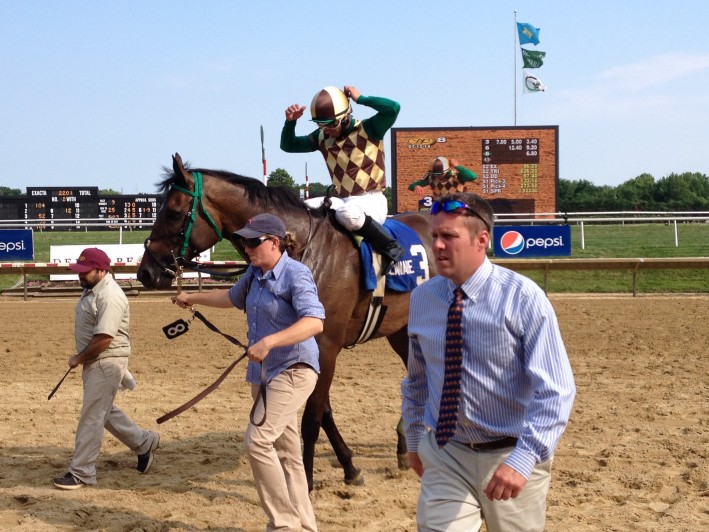 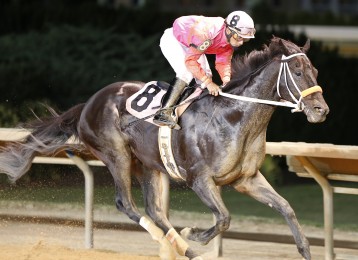 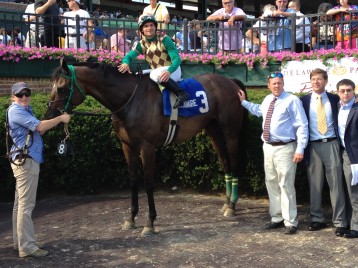 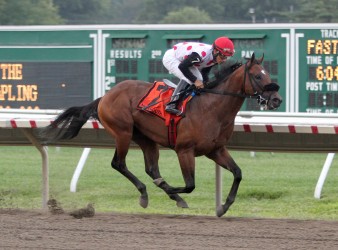 Souper Colossal in the Sapling. Photo By Ryan Denver/EQUI-PHOTO 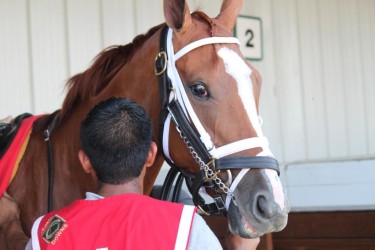 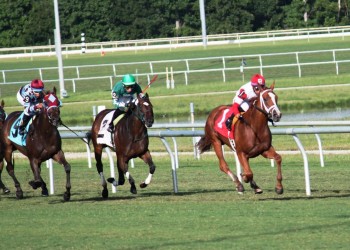 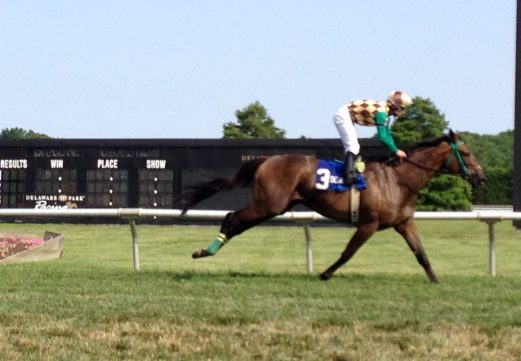 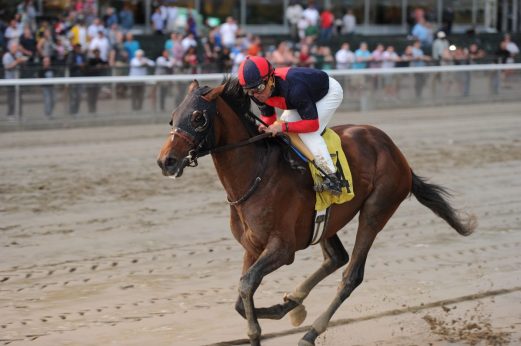 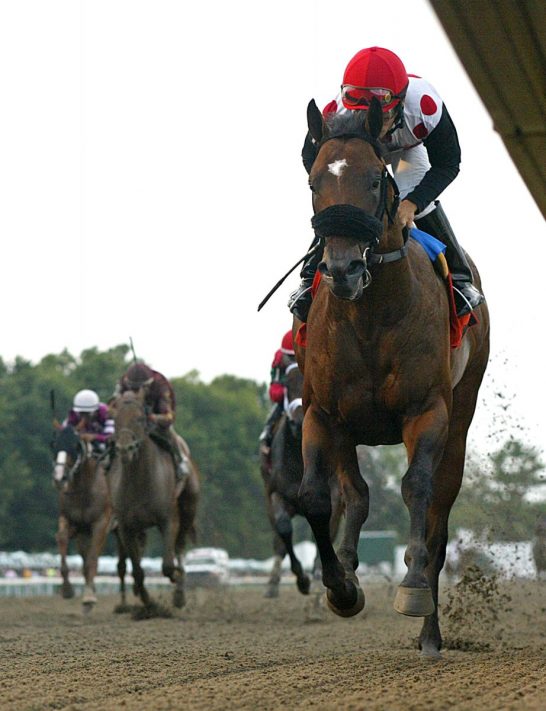 Souper Colossal rolls in the Sapling. Photo By Bill Denver/EQUI-PHOTO