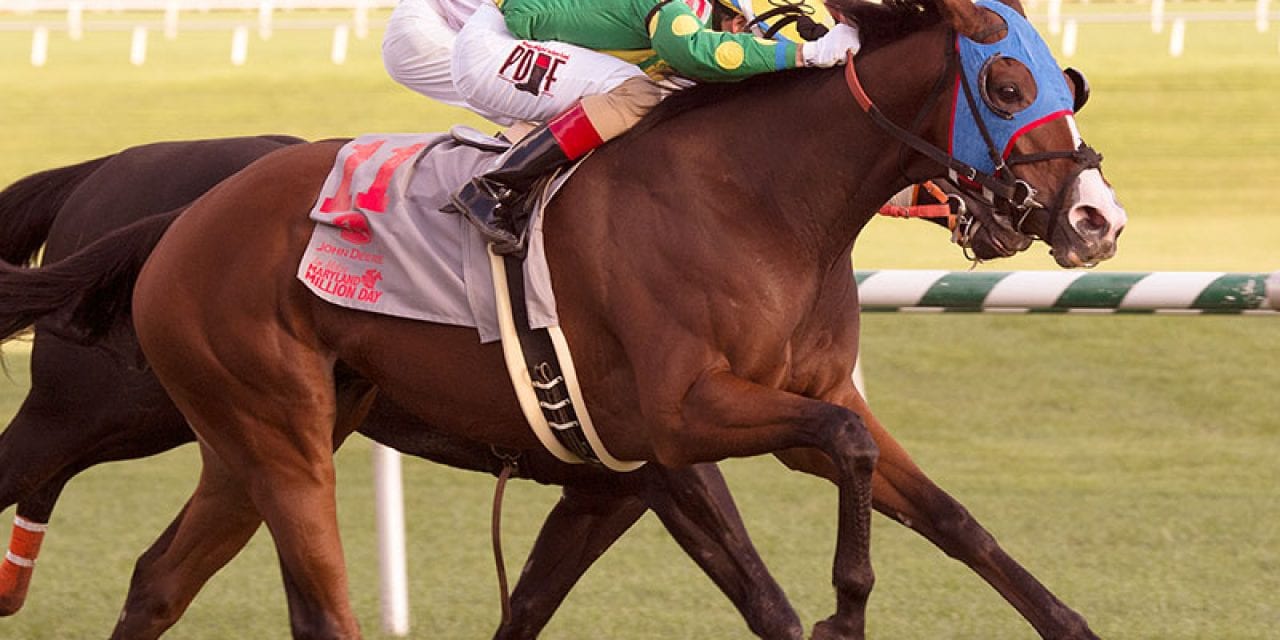 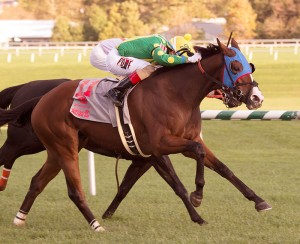 Michael J. Harrison’s Talk Show Man caught the ever gallant Ben’s Cat as the duo closed in on the finish line and won the $125,000 Maryland Million Turf at Laurel Park.

For the second year in a row Ben’s Cat placed in the Turf. Last year he fell victim to Roadhog, who loomed large but finished third in this edition of the one mile test over the good turf.

Today all the shouting belonged to Talk Show Man, jockey Xavier Perez and trainer Hamilton Smith. The son of Great Notion, who finished second in this summer’s Cape Henlopen Stakes at Delaware Park, was winning his first stakes. He took the long way home this afternoon, circling the field on the turn and surging in late stretch to get up and win by a half-length. Roadhog was another 1 /1/2 lengths back.

“Hammy told me to break over and stalk the pace from the outside because the rail is deep on the inside turf,” Perez said. “I got bumped a little bit by Roadhog at the beginning of the backstretch. At the 3/8ths pole we started chasing the horses in front. At the quarter pole I started working him with the left hand. Ben’s Cat pinned his ears back and I could see he was all out but the turf is deep on the rail and I knew it would be tough. So with the left hand down the stretch he responded and got up to win.”

“At the three-eighths pole, when he made his move, it looked like it would three horses to the wire,” said Smith, who has five Maryland Million victories. “I was a little concerned when he lost as much ground as he did. He recovered and wore them down the last part. He ran a tremendous race and I’m really proud of him. I worked him a mile on the grass last week and he worked huge. We didn’t overdue it and he looked faster the last part than the first. It set him up real good and I was real happy with the way he came in.”

Ben’s Cat, the King Leatherbury homebred, won three straight Maryland Million Turf Sprint’s before that race was eliminated before the 2013 Maryland Million. One of the top turf sprinters in the country, the 8-year-old is 27-of-44 lifetime, with 17 stakes victories on the turf.

“He ran a dynamite race,” Leatherbury said. “I’ve got no complaints on that. This makes me feel better. He didn’t want to go a mile, but he dug in the best he could. The eleven (Talk Show Man) I liked the best from the beginning. That horse was bred to run long. I was worried that Ben would throw in a bad race today but he didn’t. He gets older every year but keeps his form and he acquitted himself today.”