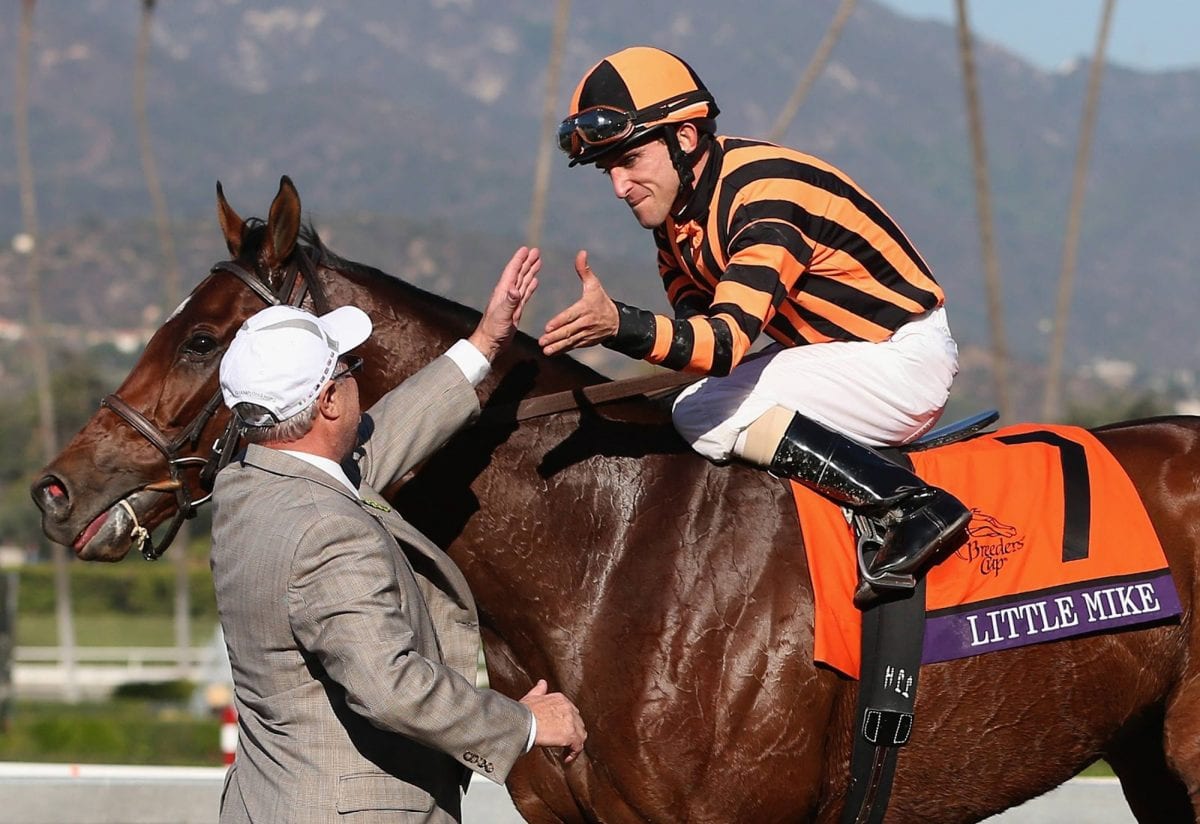 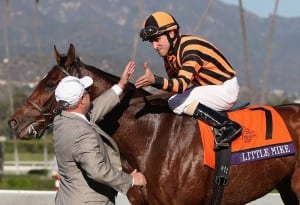 Ten years ago, a successful yet little known jockey won both signature races on the West Virginia Breeders’ Classics card on a crisp, clear evening at Charles Town.

Three weeks later, Ramon Dominguez rode the longest shot on the board – 27-to-1 Better Talk Now – to victory in the Breeders Cup Turf at Lone Star Park near Dallas, and his rise to stardom had begun in earnest.

Dominguez, the three-time Eclipse Award winning jockey and single-season earnings record holder as a rider, will be honored Saturday morning at Hollywood Casino at Charles Town Races during the annual Breakfast of Champions in the track’s Skyline Ballroom.

A native of Venezuela, Dominguez rose to prominence as one of industry’s leading riders during the last half of the previous decade after immigrating to the United States in the 1990s. He raced

in both Maryland and Delaware before making the jump to New York in 2008, where he became a go-to rider for some of racing’s most celebrated connections aboard the game’s most accomplished racehorses.

His career was prematurely cut short due to head injuries he sustained in January 2013 during a fall in a race at Aqueduct. At 36, Dominguez announced his retirement six months later and he now does significant work for the Permanently Disabled Jockeys Fund (PDJF), a public charity that provides financial assistance to some 60 former jockeys who have suffered catastrophic on-track injuries.

Founded by Huff and fellow longtime racing enthusiast Carol Holden, the West Virginia Breeders’ Classics has been held each October for the past 27 years to help showcase the best state-bred thoroughbreds in training with a series of races restricted to West Virginia horses.

The Breakfast of Champions is open to the public and tickets cost $15 per person. It is one of several events surrounding the West Virginia Breeders’ Classics, which annually include a gala dinner Thursday night and a celebrity golf tournament on Friday featuring former Redskins players.

A nine-race all-stakes card worth $1.28 million in total purses kicks off at 7 p.m. Saturday, with the $500,000 Breeders Classic as the evening’s feature event.

“The whole Breakfast of Champions kind of started out more football,” Holden said. “But over the years I thought this is a horse racing event, so let’s see if we can get somebody representing the industry.”

“It’s really difficult with active trainers and jockeys, especially with Keeneland (fall racing meet) going on and New York and the countdown to the Breeders Cup,” Holden said. “Ramon Dominguez represents one of the most challenging and difficult careers that anybody can have. But he certainly came out on the top and we’re very happy to have him with us.”

While the annual breakfast routinely has a football-heavy flavor, especially given Huff’s gridiron connections, the founding principle behind the gathering is indisputably horse racing in West Virginia and its state-bred program.

Since 1987, the West Virginia Breeders Classics series of races has distributed $25 million in purse money to owners and breeders of West Virginia-bred horses.

Then based in nearby Maryland and Delaware, Dominguez also won that evening aboard Original Gold, who took to the winner’s circle following a score in the co-feature $250,000 Cavada for fillies and mares.

Unfortunately when he returned the following year to ride A Huevo in the 2005 Breeders Classic, the horse took a bad step rounding the first turn on a sloppy, sealed track and Dominguez was forced to pull up the ill-fated 9-year-old gelding, who was euthanized moments later.

Nevertheless, Dominguez made the jump to New York a few years later and has become one of the sport’s most recognized names.

He won the Eclipse Award for outstanding jockey three consecutive years between 2010 and 2012. In what would be his final full year of racing, Dominguez shattered Hall of Fame jockey Jerry Bailey’s single-season earnings mark of $23,354,960 set in 2003. Mounts piloted by Dominguez earned $25,582,252 in 2012.

Dominguez lives on a 14-acre farm near Fair Hill Training Center near Elkton, Md. with his wife, Sharon, and two young sons, Matthew and Alex.

He now works with the PDJF, a charity to which the West Virginia Breeders’ Classics has donated over the years.

Holden said it was through a longstanding professional relationship with Terence Meyocks, the national manager of the Jockeys’ Guild, that dates back to the 1970s that the Breeders’ Classics was put into touch with Dominguez about his appearance.

Dominguez is on the board of directors for the Jockeys’ Guild, the organization that advocates for the health and safety of the athletes.

“It kind of all just fell together that way since Ramon unfortunately can no longer ride he’s doing a lot of work with the Permanently Disabled Jockeys Fund,” said Holden, president of the West Virginia Breeders’ Classics. “We had hoped he and his wife could come for all of the events, but it didn’t work out that way. But he’s coming for the breakfast and we’re really fortunate to have him. He’s a total class act.”