Breakfast of Champions will kick off W.V. Breeders Classics day 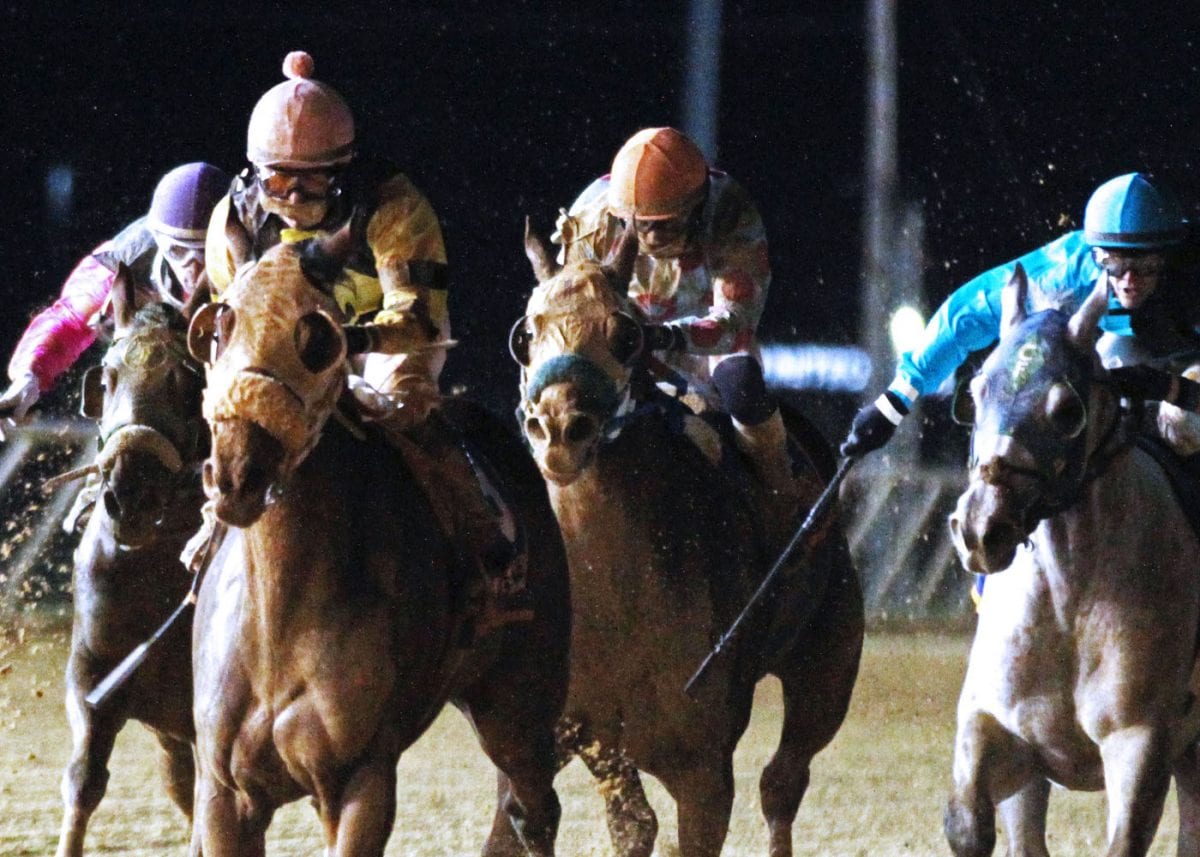 It all begins with a morning Sports Breakfast of Champions and continues with a nine-race card filled with fabulous thoroughbred talent later in the evening when the 28th West Virginia Breeders Classics event goes off on Saturday, October 18 at Hollywood Casino at Charles Town Races.

The $500,000 West Virginia Breeders Classic will highlight a racing card with purses totaling $1.28 million. The Classic, for horses three years old and up and contested over 1 1/8 miles, was originally run for $100,000 in the inaugural event in 1987.  In 2014, it now stands as the richest state-bred race in the country. Post time for the first race is 7 p.m.

Three previous Classic winners – Russell Road, Lucy’s Bob Boy and Fred High – are likely for this year’s field. Russell Road has earned over $1.6 million in his career, with 27 wins in 52 starts, including two Classic victories. Lucy’s Bob Boy has earned $735,000, with 20 wins in 29 starts and Fred High, last year’s Classic winner, has $514,000 in winnings, with nine victories in 39 starts.

The co-feature will be the $200,000 Jefferson Security Bank Cavada Breeders Classic, named for Cavada, the only filly ever to win the West Virginia Breeders Classic. The Cavada is open to fillies and mares and is run at Charles Town’s two-turn, 7 furlong distance. Both races will be featured on Comcast Mid-Atlantic television and Fox Sports Network. HRTV, the network for horse sports, will provide in-studio coverage for the bulk of the Breeders Classics card.

Since its inception, the West Virginia Breeders Classics have distributed $25 million in purse money to owners and breeders of West Virginia-bred horses.

Earlier in the day, starting at 9 a.m., expected guests at the breakfast in the track’s Skyline Ballroom will feature a number of former Washington Redskins, including Chris Cooley, Doug Williams, Brig Owens, Tim Smith and long-time Middleburg resident Sam Huff, also the CEO and chairman of the West Virginia Breeders Classics.

A native of Caracas, Venezuela, Dominguez began riding horses at age 16, mainly in the show ring, then turned to racing Thoroughbreds at the LaRinconada Hippodrome track. He eventually immigrated to the United States, where he began riding at Hialeah Park in the Miami suburbs in 1996.

In 2001, Dominguez was the winningest jockey in the country a feat he would repeat in 2003. In 2004 he won the Isaac Murphy Award for having the highest winning percentage among all American-based riders. Dominguez was the winning jockey in three Breeders’ Cup races and, in addition to Gio Ponti, piloted many other noteworthy horses such as Invasor, Better Talk Now, Havre de Grace, Mucho Macho Man and Little Mike.

In June, 2013, Dominguez announced his retirement from riding because of head injuries suffered in a fall at Aqueduct in New York the previous January.

The main speaker at the breakfast will be Leonard Shapiro, a long-time editor and sports columnist at The Washington Post and a member of writer’s wing at the Pro Football Hall of Fame in Canton, Ohio.

Tickets are $15 per person. Guests under the age of 21 are welcome, but must enter the facility at the side entrance of the race track or apron, and are not permitted to enter the premises through any doors leading to the casino.

Two other events are also associated with the West Virginia Breeders Classics. A gala will be held on Thursday, October 16 starting at 7 p.m. at the Clarion Hotel in Shepherdstown and a celebrity golf tournament, also featuring a number of former Redskins, is scheduled at Locust Hill Golf Club in Charles Town on Friday.