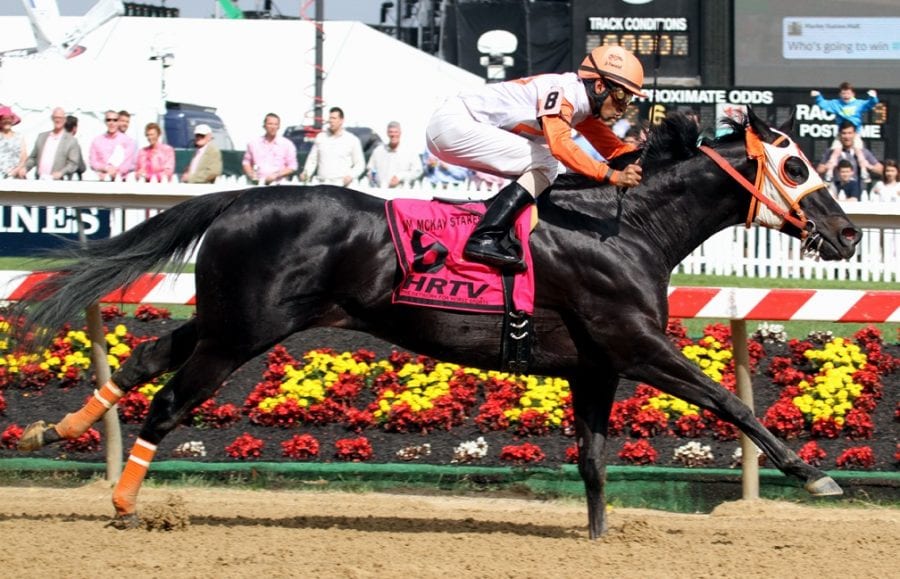 With a victory Saturday afternoon in the $100,000 Laurel Dash, Ben’s Cat will move ahead of Hall of Famer Safely Kept in earnings amongst Maryland-breds. The Laurel Dash (race 11) is one of six stakes races on the 12-race card.

The September 27 card will feature five open stakes races on the turf and the Jameela Stakes for Maryland-bred and/or sired runners. All of the races drew double-digit fields.

Ben’s Cat, who became the seventh Maryland-bred to reach $2 million in earnings this summer, will be looking to win the Laurel Dash for the third time in four years. The King Leatherbury homebred won the 2011 Laurel Dash, a race taken off the turf, was upset by Jazzy Idea two years ago, and won last year’s edition at odds of 3-5.

“I am surprised there are that many horses against us but it seems like it is that way all the time,” Leatherbury said. “I don’t know what it is. I am carrying more weight than the entire field but I don’t see anything in here that I have to worry about.”

Ben’s Cat earned his 22nd career stakes victory in the Parx Dash (G3) on July 12 to reach the $2 million milestone then finished second, beaten a neck, in the Turf Monster (G3) at Parx on Labor Day despite a troubled trip.

“He is doing great. We should have won last time. We clipped heels and still almost won,” said Julian Pimentel, who will be aboard Ben’s Cat for the 31st time Saturday. “It is crazy to say but he is doing just as good as ever, maybe even better. He is unbelievable. Early in his career he was green but now he is so professional. He knows what he has to do and goes about his business.”

“It is primarily the same horses we have been running against,” added Leatherbury. “We are all set. With a decent trip, we will win.”

Four of the 10 runners entered in the Laurel Dash have faced Ben’s Cat through the years, including Stormofthecentury, A P Elvis, Bold Thunder and Night Officer, who was third in this race a year ago.

“I think 6-furlongs will be good for him,” said Sheldon Russell, who will be aboard Night Officer for the first time. “It looks like there is some speed in the race which will be good for us. I am just going to try and get a perfect trip because Ben’s Cat is certainly the horse to beat but with his style of running he needs a good trip but he is the horse I will try to follow.”