Behind the numbers: Trainers 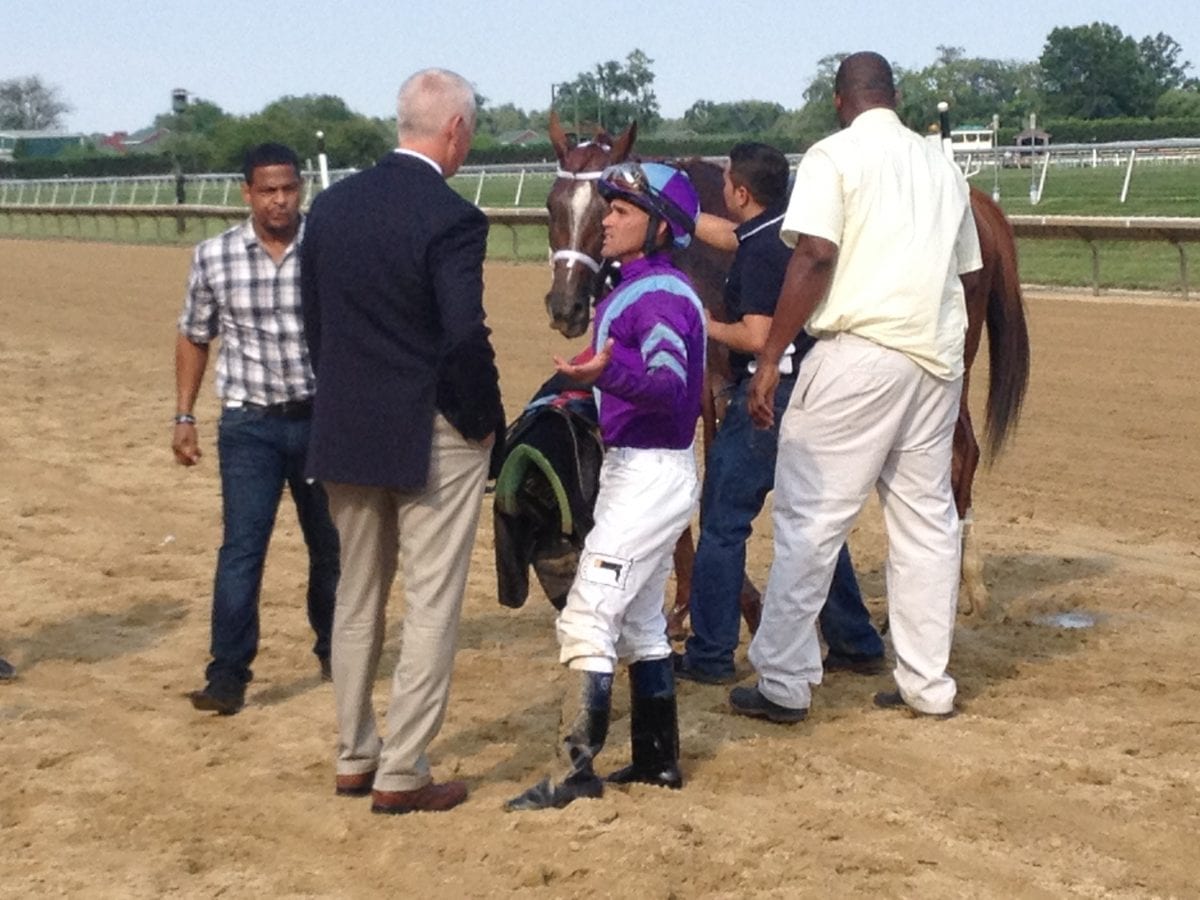 It pays to be a trainer at Parx Racing.

The top 20 trainers at Parx Racing have averaged more starts, more wins, and higher earnings per start than the leading trainers at other regional tracks.  What’s more, those struggling the most — with 20 or more starts and without a win in 2014 — are, relatively speaking, doing better than those trainers experiencing the worst struggles at other tracks.

To some extent, that’s no great surprise; Parx, after all, has essentially year-round racing and an enticing, slots-fueled purse structure.  Still, the magnitude of the advantage is striking.

But at Parx, those numbers look considerably different.  There, the top 20 trainers have averaged 165 starts, 33 wins, and nearly $938,000 in earnings.  Fourteen of the top 20 trainers at Parx have earned more than the $499,000 regionwide average; eight of the top 10 trainers in the region by earnings are at Parx.  What’s more, while only three trainers elsewhere have generated at least $1 million in purse earnings at an individual track other than Parx this year, eight trainers at Parx have done so, including two who have garnered more than $2 million in purse earnings.

Among the top 20 at Parx is Chad Brown, the New York-based trainer who has made a comfortable home away from home for himself in Bensalem.  Brown has made just 18 starts at Parx — but he’s won 13 of them, a remarkable 72 percent.  He’s averaging more than $22,000 in purse earnings per start at Parx.

Of the region’s top trainers by win percentage, only one — Kevin Patterson at Charles Town — is a regular at the track.  He has won 49 of 121 starts there, a remarkable 40 percent strike rate, and he’s been in the money fully 78 percent of the time at the track.  Outside of Chad Brown, no top 20 trainer by wins had a strike rate higher than 46 percent; interestingly, David Jacobson, who won 46 percent of his races at Delaware with six wins from 13 starts (enough to tie him for the bottom of the top 20), also struck 45 percent of the time at Laurel (five wins from 11 starts), again good for the bottom of the top 20.  For the year, Jacobson wins about 23 percent of the time.

[show-rjqc id=”8″]Indeed, it is clear that the very top trainers to some extent often compete more with each other than they do with others at their tracks.  At Charles Town, for example, Jeff Runco has 27 more wins than his nearest competitor, Ronney Brown, and 48 more than third-place trainer Kevin Patterson.  Similarly, at Penn National Tim Kreiser’s 71 wins are more than twice as many as his nearest competitors, Bernie Houghton and Murray Rojas, with 33 each.

On the flip side of the ledger, 29 trainers have made at least 20 starts at one track without a single win.  In sum, those trainers have made 884 combined starts without a win and finish in the money just 20 percent of the time.  They average just over $900 in purse earnings per start.

Six trainers have made at least 40 starts at one track without a single win.  Three of those are at Charles Town (Alex Correa, Sylvia Johnson, and Lewis Close), and the ranks also include Russell Cash (at Monmouth), Alejandro Reyes (Delaware), and Elbert Fennimore (Penn National).  Here, too, it’s good to be a Parx trainer; no trainer at Parx has made more than 26 starts without recording a win.