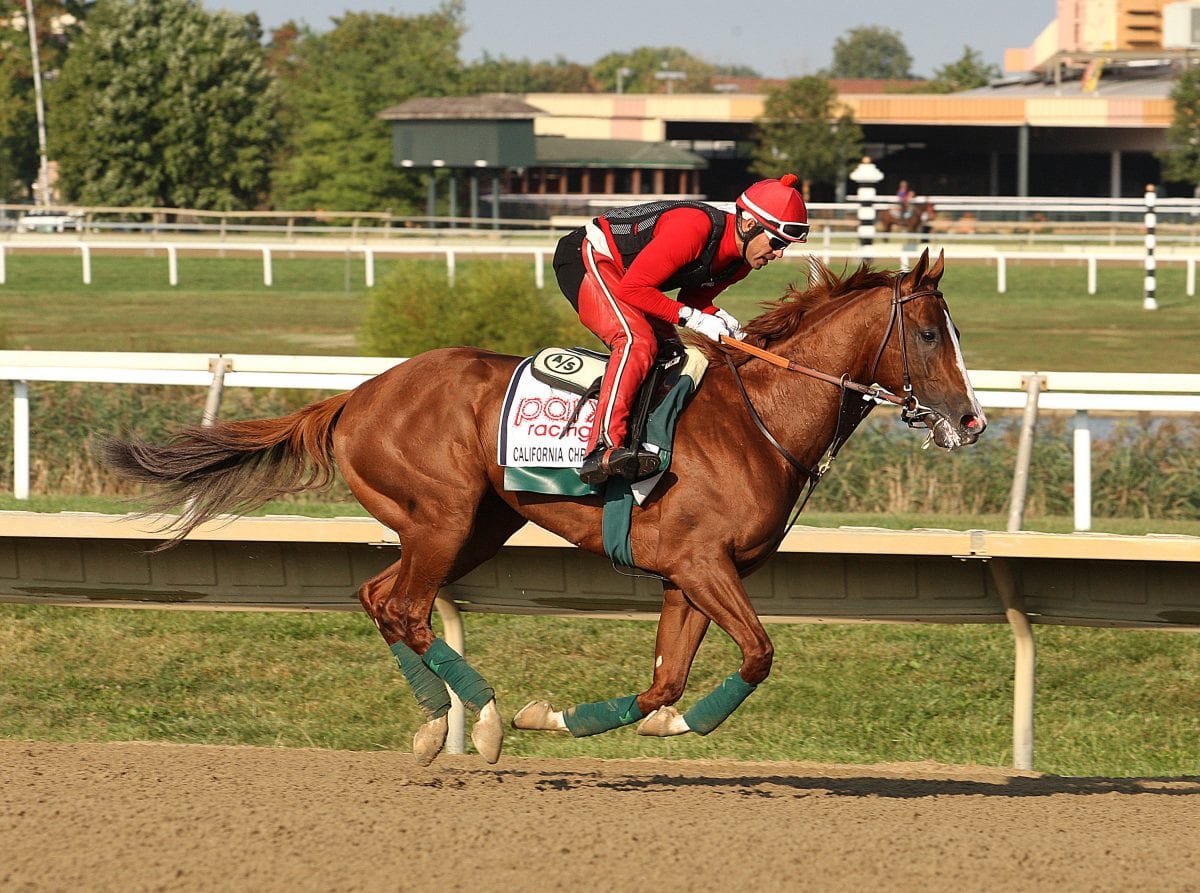 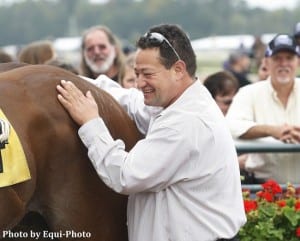 Facing the winner of the Kentucky Derby and Preakness Stakes in the Grade 2, $1 million Pennsylvania Derby September 20 is a tall task. But the connections of Classic Giacnroll are hoping he can outrun his 15-1 morning line odds and post the upset at his home track of Parx Racing.

The multiple graded stakes-placed son of Maryland sire Giacomo just missed in his most recent start, the Gr. 3 Smarty Jones Stakes on September 1, when he was nailed in the final yards by another Pennsylvania Derby entrant, Protonico.

In many ways, Juan Carlos Guerrero, the husband of Classic Giacnroll’s trainer and co-owner, Lisa Guerrero, has overcome his own long odds to once again be able to set foot on the Parx backstretch.

Guerrero is back at the Bensalem course after two years away, and is hoping to rebuild a career which saw him win 145 races and the Parx training title in 2011, but plummeted to only five wins in 2013.

The steep decline of his business was directly attributable to an incident at Parx in November, 2011, which resulted in his expulsion and a 10-year suspension.

Stephanie Smith, a female employee of the Pennsylvania Thoroughbred Horsemen’s Association, alleged that Guerrero put his arm around her, kissed her, and touched her backside in a PTHA office. A misdemeanor assault charge by Bensalem police was later dropped after an investigation by the Bucks County district attorney’s office.

Parx quickly launched an internal investigation headed by director of security Lance Morell. Another woman, jockey Carie Kifer, told him that she experienced much of the same inappropriate touching that Smith did.

Parx decided to ban Guerrero for 10 years, stating in its notice to eject that “this pattern of conduct is not in the best interest of racing and is undesirable per … the rules of racing.”

During Guerrero’s appeal hearing before the Pennsylvania Racing Commission in January, 2012, Frank McDonnell, the assistant general counsel for Parx, testified that the decision to evict Guerrero for a decade was made after a “10- to 15-minute phone conversation” with Morell. The Commission upheld the suspension.

While he was suspended, Guerrero trained in New York, but it was a long commute from his home in Williamstown, NJ, located south of Trenton.

“The problem was that other tracks backed up Parx’s decision,” he said. “Penn National, Charles Town, the New Jersey tracks … they all said I couldn’t train there. New York opened its arms to me.”

Before his ejection, Guerrero’s horses earned more than $3.4 million in purses in 2011, while by 2013 his purse earnings in New York had dwindled to under $150,000, after most of his owners had abandoned him.

Guerrero appealed to a Commonwealth Court, which in December, 2013, found that the 10-year expulsion was not supported by past precedent and was unreasonably severe — far more severe than similar harassment cases had received — and remanded the matter back to the Commission to reconsider the 10-year term. In March of this year, the Commission reduced the ejection period from 10 years to time served plus 90 days, and he was allowed back on the grounds.

Guerrero currently has an assistant trainer’s license, and works with his wife, who has 18 stalls in the stable area.

It was a long struggle to come back, said Guerrero, but he felt compelled to do it.

“I couldn’t let it go,” he said. “I needed to clear my name, that’s why I fought to come back. I didn’t do anything wrong with drugs. I am 150 percent positive that I will not have a problem in the future; I am staying low-key and just concentrating on helping my wife with her horses.”

Since his return, Guerrero said people on the Parx backstretch have been welcoming.

“I don’t have time to hold any grudges,” he said. “My nature is to help, not hate. I will help anybody that needs it.”

To that end, Guerrero performed an act of heroism in 2011 when he helped pull people out of a minivan that had overturned on Interstate 95 near the Ben Franklin Bridge in Philadelphia.

As for Classic Giacnroll, Guerrero said he picked the gelding out at auction for co-owner Joe Besecker. While the gelding is not very big, he has a long stride and is also a very smart horse. He also loves bananas, eating about 15 a day.

“He ran over the winter in New York, and he did okay,” said Guerrero. “He was second in the (Grade 2) Jerome, and showed he had some potential. But he was allergic to the winter racetrack, and his legs were bothering him, so we gave him some time off and gelded him.”

Overall, Classic Giacnroll has won two of 12 starts with earnings of $242,800. He has placed in four stakes, two of them graded. In Saturday’s race, however, he’ll face four rivals that have already finished ahead of him in other races and two others, California Chrome and Bayern, that have recorded markedly faster speed figures.

Still, Guerrero said that, after almost winning the Smarty Jones, the connections all felt Classic Giacnroll deserved a chance in the Pennsylvania Derby.

“California Chrome is unbelievable,” he said. “But my horse has the style to come off the pace. Hopefully, we can be right there.”

(Featured image, of California Chrome on the track at Parx Racing, by Bill Denver/EQUI-PHOTO.)