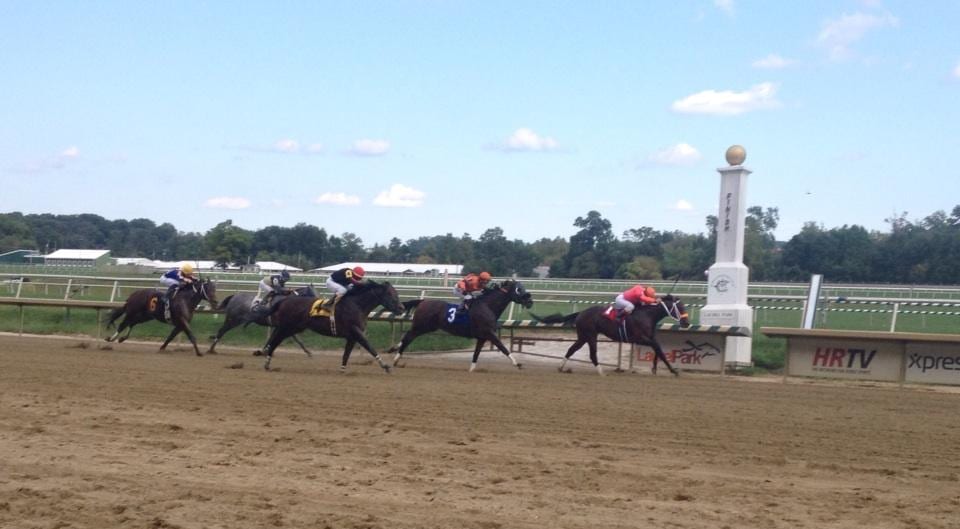 By December 1, the Maryland Racing Commission must submit to the state legislature a report on the impact of slots revenue directed to horse racing and offer its recommendations regarding the continuation of that funding.

Look for the Commission to take a strong stand favoring the continuation of the program.

Though not exactly a surprise, the news nevertheless gladdens racing industry hearts.

Commission chairman Bruce Quade told the monthly Commission meeting today at Laurel Park that, while he and executive director Mike Hopkins are currently “in an information-gathering mode,” he intended that the final report would not be “antiseptic.”

“It is incumbent on us to advocate a position,” he urged the other members of the Commission.  “We believe that the continuation of slots [funding] and the projected revenue is central to our success.”

Racing receives a share of revenue from play at slot machines at the state’s five casinos.  That share — split between Thoroughbred and standardbred interests — is capped at $100 million.  Money is directed to breeding and to purses, and additional funds are available to the racetracks, on a matching basis, for capital improvements.

Already, the funding has enabled the industry to raise purses and increase awards for Maryland-breds.  And it is integral to the 10-year agreement between horsemen and the racetrack that governs racing days and other matters going forward.

“We appreciate the positive impacts thus far of the slots funding on racing, breeding, and wagering,” Quade said in an interview after the meeting.

Quade said he and Hopkins had already met with breeders and horsemen from both breeds.  Of particular importance, given its history, will be the capital improvement plan that the Stronach Group, which owns Laurel and Pimlico, is developing.  That plan is expected to be made public in the coming months.

The report is of more than academic interest.

“I’ve heard elected officials that want to take the money away from horse racing,” said Commmissioner Ernest Greco.  “We’ve got to be careful.”

Indeed, some legislators have made attempts in past years to wrest some or all of racing’s share of slots revenue to fund other priorities; defeated gubernatorial candidate Doug Gansler made laying claim to $50 million of the funds a central component of his education plan.

Ultimately, the challenge before the Commission is to demonstrate that directing money to horse racing is good for the state.

“I hope there’s a lot of trickle-down economics in the report,” Commissioner Mary Louise Preis suggested, meaning a focus not just on how the racetracks or horsemen benefit but also on the farms and other supporting businesses all across the state.

NOTES FROM THE MARYLAND RACING COMMISSION