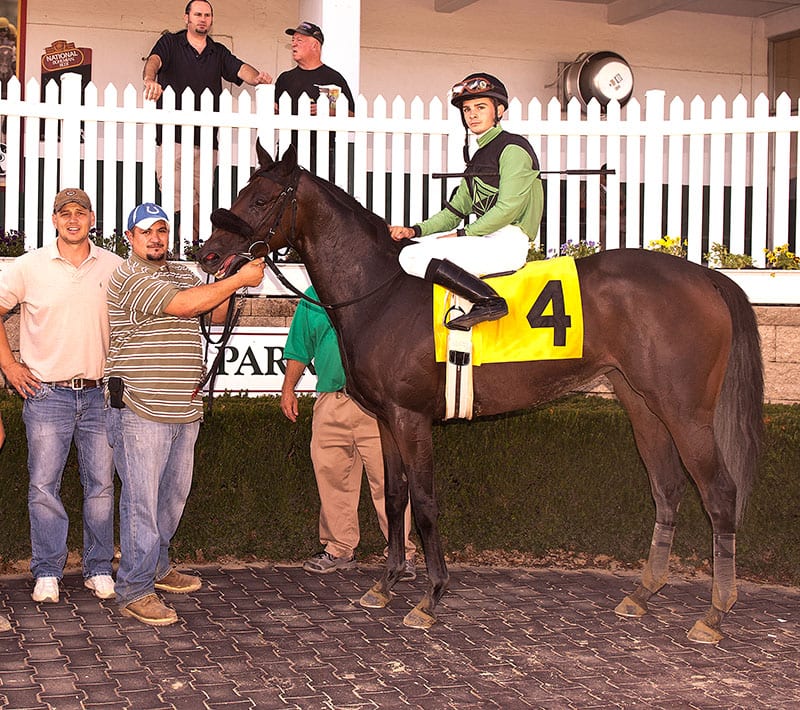 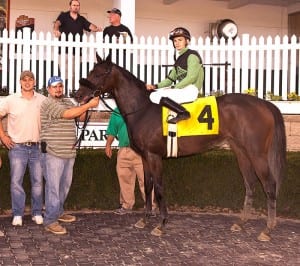 It has often been said that, “You only get one chance to make a first impression.” Apprentice rider Michael Ritvo did just that Friday afternoon at Laurel Park when the 20-year-old guided Winter Lady to victory in the 8th race at Laurel Park, his first Maryland mount.

“The first of many,” said winning trainer Jamie Ness.

Ritvo, who moved his tack from Gulfstream Park to the mid-Atlantic last week, kept Winter Lady in close contention along the rail in the 6-furlong $45,000 optional allowance test for fillies and mares before slipping past frontrunner Who Needs on the turn and turning back Proud to be Wild in the stretch to win by four lengths in 1:10.33.

“It is an excellent way to start,” Ritvo said. “The horse was just as cool as can be. She just sat in the pocket. There was no reason to rush with so many horses around her. When there was room we went and she just cruised.”

Ritvo now has six wins at three different tracks since making the move with victories at Laurel Park, Delaware Park and Penn National. He also plans to ride at Parx Racing.