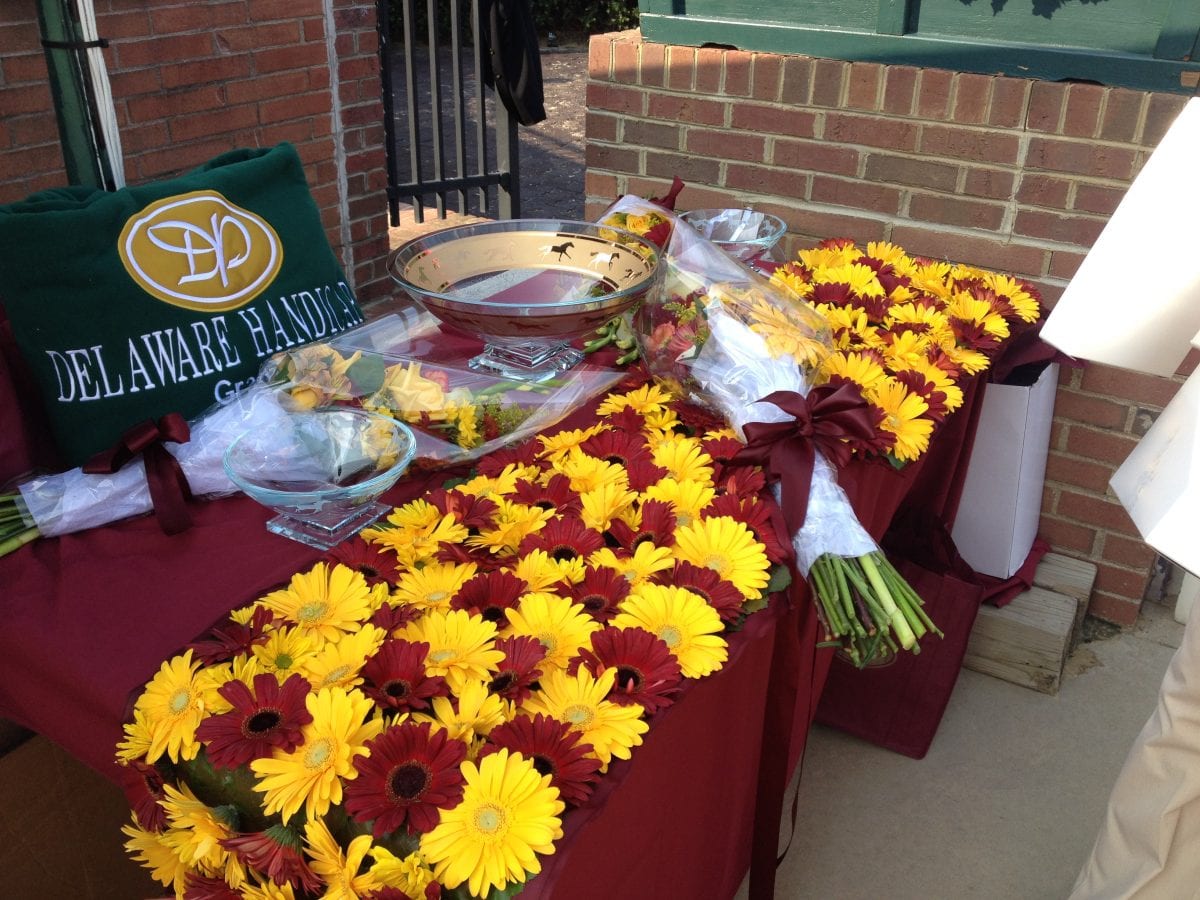 Nearly $600,000 in purses will be up for grabs during the 22nd annual Owners’ Day at Delaware Park this Saturday. The 12-race card includes six stakes and has total purses of $582,750.  Each of the stakes is worth $75,000; four are restricted to Delaware-bred or -certified horses, and two are limited to horses that have run at Delaware in a non-stakes race in 2014.

Rodolfo Romero’s Galiana, the potential horse of the 2014 Delaware Park meet, tops the 99 total entries on the Owners’ Day card.  The four-year-old daughter of Stonesider leads a field of seven in the six furlong $75,000 Tax-Free Shopping Distaff for fillies and mares three-years-old and up.

The New York-bred Galiana has a record of three wins, a second and a third from five starts at Delaware Park in a productive 2014.  Her wins include a pair in stakes company; she posted a two-length score in the Dashing Beauty in June and followed that up with with a 1 3/4 length score in the Sweet and Sassy.  Oddly enough, she was 7-1 in both races.

Top Notch Racing Stable’s Good Feng Shui has been entered in the six furlong $75,000 New Castle Stakes for three-year-olds and up. Trainer Michael Pino first claimed the Florida-bred for $16,000 on April 15 at Parx. On June 16, Good Feng Shui was claimed by Midwest Thoroughbreds and trainer Jamie Ness for $15,000 after posting a 5 ¾-length score on the turf at Delaware Park. Pino took the 6-year-old son of Pomeroy back for $22,000 after he notched a two-length win in a five furlong turf event at Delaware Park on July 7. In his most recent outing, he posted a 2 ¼-length win in a six furlong dirt allowance on August 25. He has a career Delaware Park record of four wins, two seconds and a third from eight starts with earnings of $130,035. His lifetime record is 10 wins, five seconds and six thirds from 31 starts with earnings of $280,953.

“I do not claim a horse back very often,” said trainer Michael Pino. “I claimed him at Parx thinking we would try him on the grass and at Delaware Park because he is Delaware Certified. We put him in for about the same price for what we took him for. He ran a big race and we lost him. He was sharp and getting good, so we decided to go back and get him. I rarely go back and claim a horse like that. You have to really like one. In his last, he ran really well on the dirt. Before that, I thought the turf may have made a little better, but now I am thinking he is just good regardless of surface. He is coming into the Saturday race sharp, so we are just going to see what happens and go from there.”

In addition to the New Castle and the Tax-Free Shopping Distaff, the card includes four other stakes: the DTHA Governors Day (for three-year-olds and up) and the George Rosenberger Memorial (for fillies and mares three-years-old and up), both of which are 1 mile 70 yard races restricted to horses that have started in at least one non-stake at Delaware Park in 2014; and the Small Wonder (for juvenile fillies) and First State Dash (for two-year-olds), both going 5 1/2 furlongs.