Georganne Hale and her Laurel team, ready to race 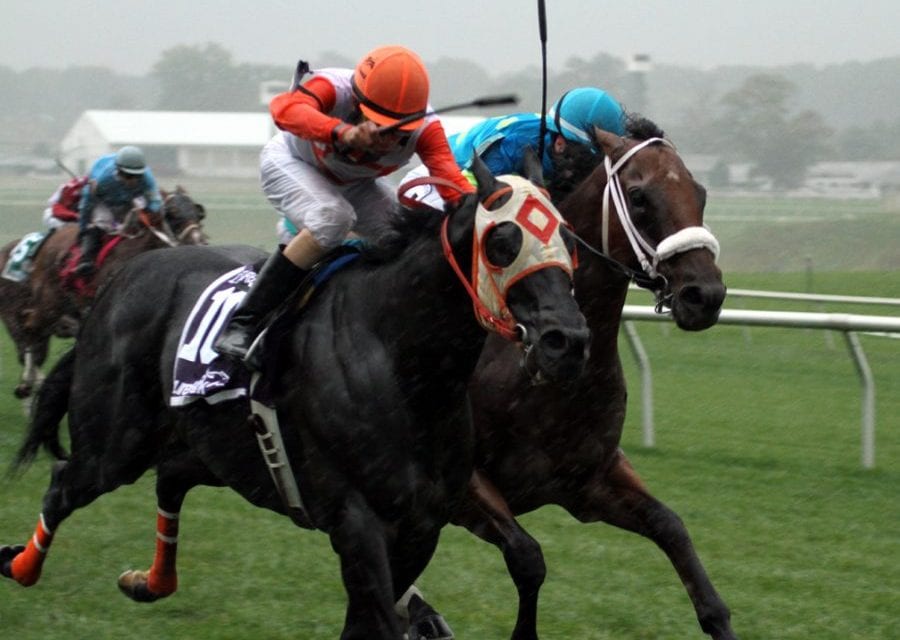 “I can’t wait to get back to racing!” Georganne Hale says.

Hale, the Maryland Jockey Club’s Director of Racing and the racing secretary at Timonium, is sitting in her office at the Maryland State Fair grounds in Timonium as she says this.  Outside, the fourth day of the seven-day State Fair meet is taking place.  She, and her team, are back at it; but in truth, this brief, bullring meet is the appetizer.

The main course comes September 5, when live racing returns to Laurel.  It’ll be the first day of racing at one of Maryland’s so-called “mile tracks” since June 7 and the first at Laurel since late March.

Green is one reason for Hale’s excitement.  Not the money kind, though purses at Laurel will be better than those at Timonium; a first-level allowance will carry a $42,000 purse, rather than the $32,000 of the Big T. 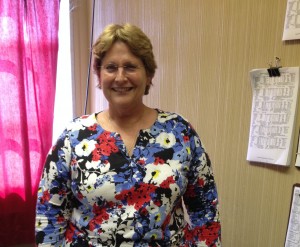 No, the green Hale’s looking forward to is on Laurel’s widely praised turf course.

“We’re pretty excited about the Laurel meet,” she adds.  “One thing, our turf course – we haven’t been on the turf course in [nearly] a year… It’s such a beautiful turf course. I think this meet is gonna be a really good meet with field size.”

If opening weekend is any indication, Hale may be right. The 10 turf races, including two stakes, carded over the two days average 11.6 entries.

And that’s just the start of turf season at the central Maryland track.  A week later, Laurel will host five turf stake races limited to Virginia-breds.  Virginia’s breeders and horsemen, unable to race this year with the ongoing impasse with Colonial Downs, are putting up the purse money; the takeout, however, will stay in Maryland.

“It’s nice for both groups,” Hale pointed out.  “It gives them a chance to run and highlight their Virginia breeding.”

And it gives Laurel a chance to run another stakes-filled card in a meet that seems replete with them.

Two weeks after the Virginia-bred day, Laurel will host its Turf Festival.  That day includes a half-dozen turf stakes, ranging from the 5 1/2 furlong Selima and Laurel Futurity on up to the 1 1/2 mile Laurel Turf Cup.  Other big days on the calendar include Maryland Million day, October 18, and De Francis Dash day, which is November 15 and includes five other stakes.

For the De Francis, won last year by fan favorite Immortal Eyes, it marks a return to its more traditional spot on the calender.  The race, run in the summer in its early years, found a November home in 2001, often attracting top runners from the Breeders’ Cup Sprint.  In 2006, for example, Thor’s Echo followed his Breeders’ Cup win with a De Francis score, icing the Eclipse Award as champion sprinter.

Hale says the Maryland Jockey Club is working to get the De Francis, at one time a Grade 1 event, back to graded status, which to some extent requires artful scheduling.  “We were just trying to find a good spot [for the race],” she said.  “This was the best time period.”

Hale’s optimism for the meet, however, is based on more than the turf or the timing of big races.  She allows that the number of horses stabled on MJC grounds should be “a little better,” adding, “We probably should have a better meet than we did last year.”

“I’m getting a lot of people that are planning for the winter to come to Laurel,” she said.  “Just my own people have been running all over the country… [T]hey’re just dying to get back home, where they can just walk the horse over.”

The numbers are solid enough that, even with Pimlico now open for year-round training, she expects to put some of the northern-based trainers wintering in Maryland at the old Bowie Training Center.

“I will probably put the Suffolk people back at Bowie,” she says of the trainers from Suffolk Downs, the Boston track which closes at the end of the month.  “And some people will come into Pimlico also, now that Pimlico’s going to be open.”

Of course, there’s plenty of work to do: races to write, trainers to hustle, medication rules to navigate.

Still, Hale says it again, in case we missed it the first time, and it’s clear that most everyone around the 103-year-old track feels the same way.  “We can’t wait to get back to racing!”