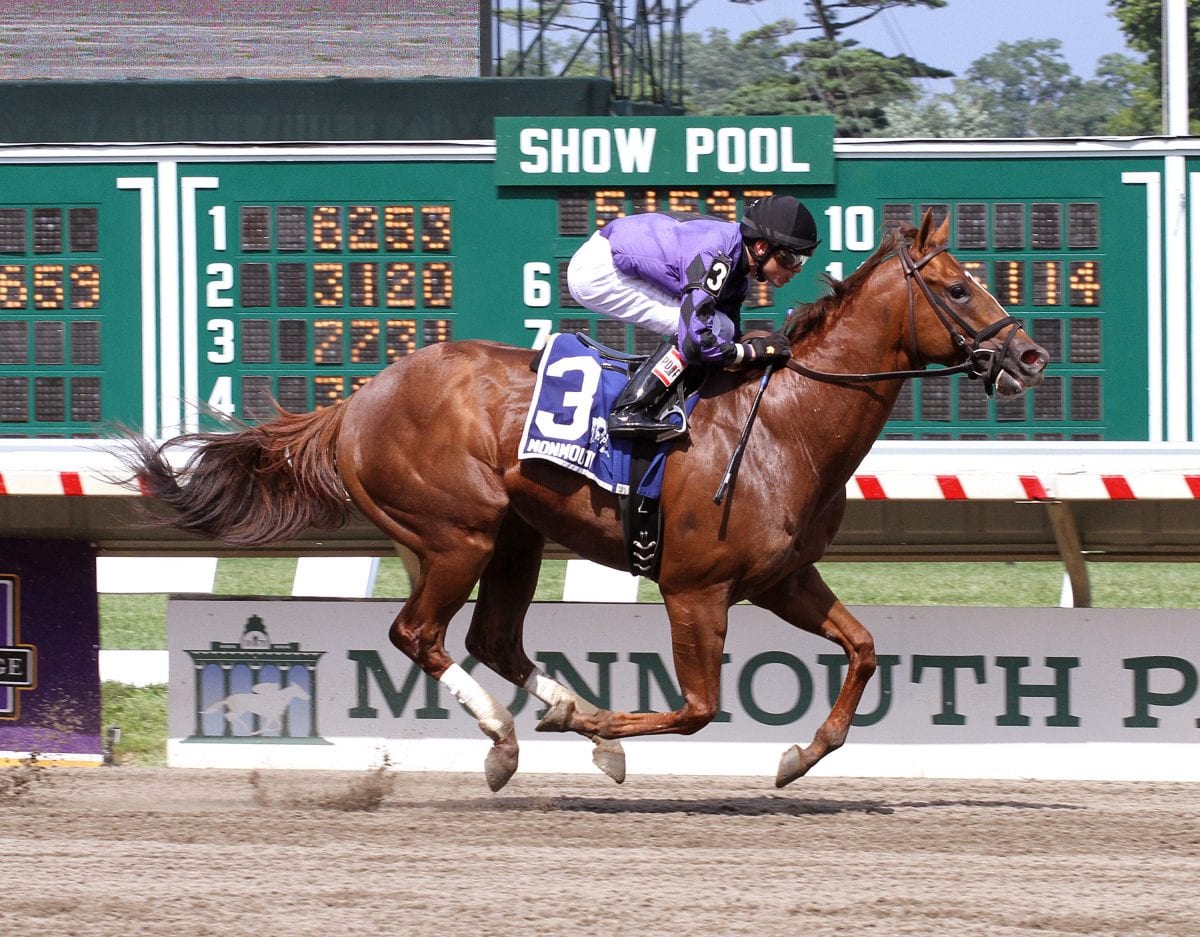 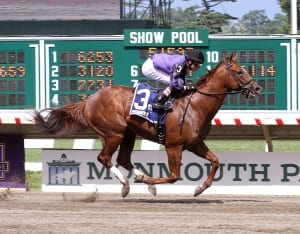 A winner of six of 10 lifetime starts, Rainbow Heir rides a two-race win streak into Saturday’s event, including a win in the $130,000 Teddy Drone Stakes on Haskell Day (July 27) last out.

“He’s such a solid horse,” said Perkins, who conditions Rainbow Heir for New Farm.  “Every time he breaks well he wins.  He’s had some gate trouble in the past, but we’ve worked on it and hopefully it’s a thing of the past.”

A 4-year-old colt by Wildcat Heir from the Prospectors Gamble mare Rainbow Pride, Rainbow Heir debuted at Laurel Park on Feb. 1, 2013, winning by nearly six lengths.  He then won his next three, including the Grade 3 Jersey Shore Stakes here last summer.

After three poor starts in a row, all against stakes company, Rainbow Heir was given the winter off before returning in the John J. Reilly Handicap here on May 31 where he drew the one post and tired in the lane after dueling throughout.  He followed that up with an easy score against fellow New Jersey breds in an allowance test and then took the Teddy Drone.

“We were debating whether to train him up to the race at Keeneland (Phoenix Stakes, Oct. 3), the ‘Win and You’re In,’ or run in here,’” Perkins said.  “We thought this would be better so here we are.”

With Angel Serpa getting the return call, Rainbow Heir has drawn the far outside post and has been installed the 4-5 prohibitive favorite in the six-furlong dash.

Two races prior to Rainbow Heir’s run, Perkins will be in the paddock to saddle Maybe Tonight, a 4-year-old filly who will break from post two in the $60,000 Jersey Girl Handicap at a mile and a sixteenth.

“It looks to be a pretty evenly matched race,” Perkins said.  “My filly failed to fire last out, but she ran such a big race two back, so perhaps she bounced just a little bit.  She’s training great and should run well on Saturday.”

A winner of three of 11 starts, Maybe Tonight is by Defrere from the Pick Up the Phone mare Phone Card.  Leading rider Paco Lopez has the call on Maybe Tonight, who along with eight other lasses will contest the Jersey Girl.

On a day dedicated strictly to horses bred in the Garden State, Perkins will saddle his third entrant, Goldiebuxx, in the day’s sixth race, an allowance test for fillies and mares at a mile and 70 yards.