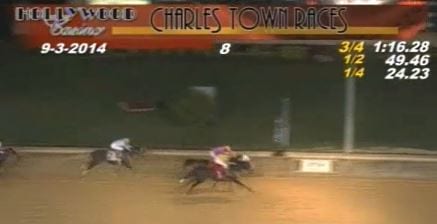 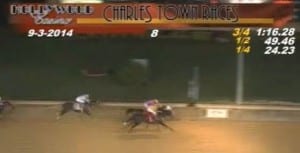 Journeyman jockey Jesus Sanchez earned the 1,000th victory of his riding career last night when he piloted Ambassador Satch to a head victory at Charles Town Races, according to statistics provided by Equibase Company.

Ambassador Satch dawdled towards the rear of the eight-horse field for the first quarter mile of the seven-furlong maiden claiming race.  On the backstretch of the two-turn race, he began to move into contention; five wide on the final turn, he loomed boldly and was up very late to secure the 12-1 upset over favored The Great Milenko.

Ambassador Satch is owned by Harold Armstrong and trained by Rhea Pennella.