Racing industry workers cast a wary eye on the future 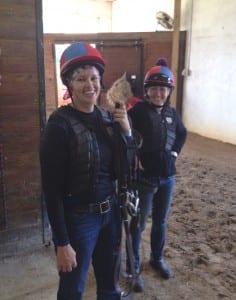 These are troubled times for Thoroughbred horse racing in Delaware and nationally, the sport’s future uncertain at best.

And those who work in racing, two of whom we spoke with this week, cast a wary eye on an industry whose course for the future is fraught with uncertainty.

They see increasing competition for the gambling dollar.  Many tracks in the U.S. race only, or primarily, because the sport is propped up financially by funds generated by other forms of gambling.  That puts racing in somewhat of a precarious, dependent state.

What’s more, handle has been in a steady decline for the last decade, dropping by nearly a third in that time.  Average field sizes are nose-diving to fewer than eight horses per race in 2013, and horseplayers are hard pressed to find races that offer any kind of value in terms of size and quality. There are exceptions — like the Saratoga meeting — but these are few and far between. In truth if revenue from other forms of gaming was withheld from racing programs at many of the country’s tracks racing at a number of those tracks would cease to exist.

Add the industry’s continuing struggle to come up with a workable national medication policy, reduced foal crops, an aging fan base, and the lack of realistic, common sense leadership and it’s obvious the business faces an uncertain future to say the least.

All of that leaves those who work in the game facing some hard choices regarding their careers, decisions that could well be life changing.

Elisabeth Silva has been in racing for 13 years. She has worked as an exercise rider for such trainers as Tony Dutrow and Arnaud Delacour and currently works for the Graham Motion organization, one of the most successful stables in the business. But while the 34-year-old gets the chance to get on some of the top horses in the sport, Silva is planning eventually to leave racing. She is currently finishing her undergraduate studies in psychology and plans on going to law school next year.

Silva said that while she had thought at one point that she would have a life-long career in racing, she changed that thinking when she saw signs of trouble in the sport.

“Somewhere along the line I just realized the business was not going in the right direction,” she admitted.  “I’ve been lucky in that I’ve been able to work for some of the top stables in the business for most of my time on the track, stables that have the time and funding to give their horses the best possible care.  But I’ve also seen more and more instances where I’ve seen good, hardworking people who have average stock have to cut corners and race their horses when they really don’t want to just trying to eke out a living. For the stables and trainers at the top racing works one way, but for the small guy, the trainer with just a few horses, it’s just a struggle and it’s not getting any easier. There just seems to be such a gap between top and the bottom in the business these days. It’s kinda like a disappearing middle class in the business.”

That dichotomy doesn’t make it easy for those who work in the game.

‘I love what I do and I’ve got one of the best jobs in racing but I’m going to move on eventually,” she said.  “And I feel bad for many of my friends in the business. To be my age and be in racing and have to make decisions about a career path is a tough position to be in.”

“In the first place we need a realistic national medication policy, one that is well thought out and administered,” she said.  “I don’t think Lasix is a bad thing but there are certainly other medications that shouldn’t be allowed.  And even if we find a program that works it’s going to take a long time to convince the general public that racing is clean.”

While Silva is likely to leave the game, others with more time invested find that an unsettling option, if it’s an option at all. 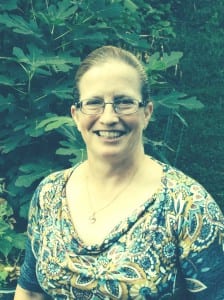 Karen Wagner has been involved in racing for almost 30 years. The 47-year-old, who currently exercises horses and works as an assistant to trainer Mike Gorham at Delaware Park, has worked in the business in a number of capacities from hot walker to training a string of her own to working as a jockey’s agent.  For the past 15 years, she has raced at Delaware Park for at least part of the year. She has survived a battle with cancer and several years back bought a home in Delaware. While she readily admits she loves her work and horse racing, she is also candid about the shape the business is in, especially in Delaware.

Wagner also admits that at this stage of her life she’s just going to have to hold on and count on her experience to keep her career afloat as the face of the business changes drastically. “The near future doesn’t look good,” the veteran horsewoman observed.  “I can see a number of tracks closing in the next few years. There’s only so much betting money to go around and gaming opportunities have reached the saturation point, especially in this (Mid-Atlantic) area.”

That means, she believes, radical change to the shape of the sport.

“I can see several areas like New York and Kentucky surviving, and actually the closing of other tracks may make those who survive able to present a better product because the better horsemen from those small tracks will still be looking for a place to race,” she predicted. “Of course, stall space will be hard to get so I would expect more and more stables will be forced to turn to training centers to handle the overflow. I would hope I’ll be able to find a spot somewhere where the business is strong, but it’s going to be a period of adjustment, that’s for sure.”

One issue, Wagner said, is the industry’s current economic model, in which about 90 cents of every dollar wagered are bet off-track.

“The first thing I would do is insist that the phone-betting and off-track operations and systems be made to contribute more to the tracks and the horsemen,” she said.  “Once a phone-betting operation gets up and running their expenses are negligible compared to the expenses a track incurs to put on a racing program or the money it costs to operate a racing stable for a trainer. Expenses like workman’s comp are killing the small to medium sized stable and every year we see people either cut back or leave the business completely because they just can’t afford to stay in the business. You don’t use a product and not pay for it and the phone-betting systems are using our product and paying very little for it.”

Like Silva, Wagner also pointed to medication issues as a concern.

“We’ve got to spend the money to stay ahead of the technology curve regarding medication,” she said.  “We can’t keep playing catch-up to the small percentage of trainers who find a way to take an edge. If the states want to take their piece of racing’s earnings they need to put more back into funding medication research and detection methods. The vast majority of horsemen in this sport are honest, hardworking folk who follow the rules. If we make it much more difficult to cheat, then throw the book at these guys who are cheating when we catch them, eventually the perception the general public has about racing may change.”

Until then, Wagner, like Silva, like most everyone in the industry, will keep working to make a life doing what she loves.