To Alex Cintron, “leading rider” is about more than numbers 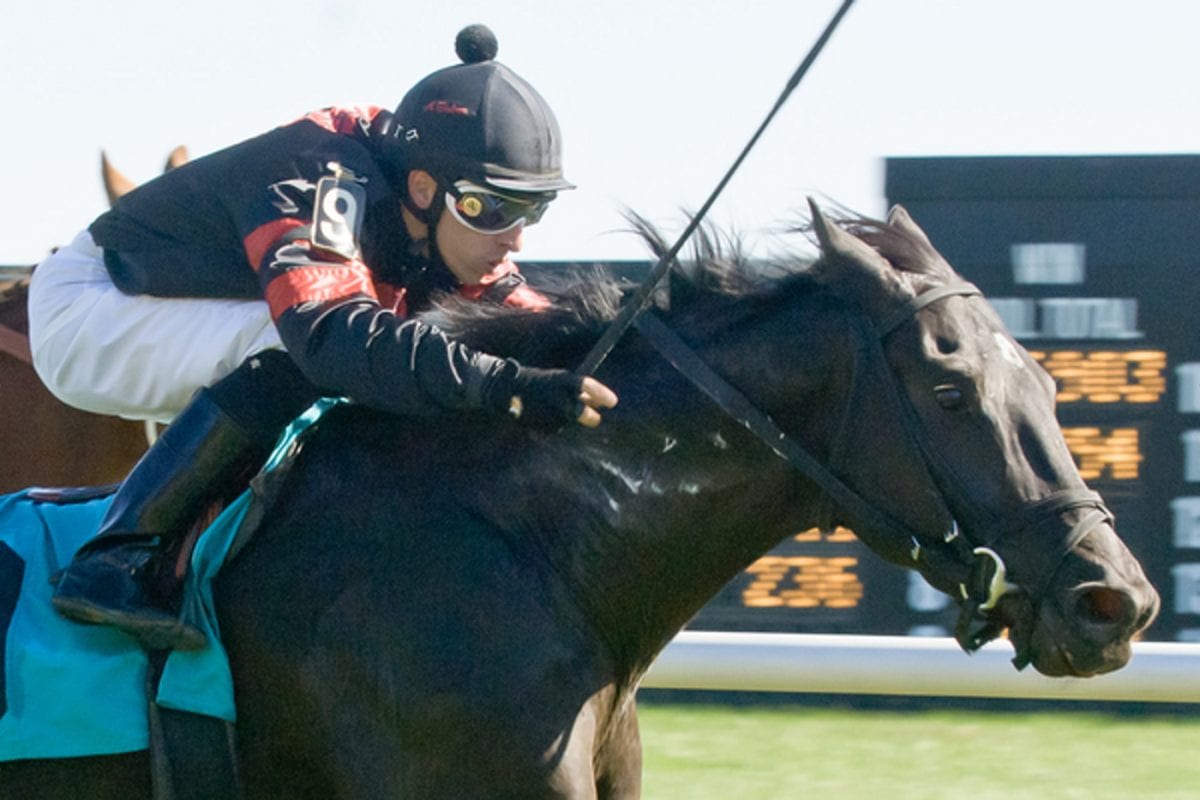 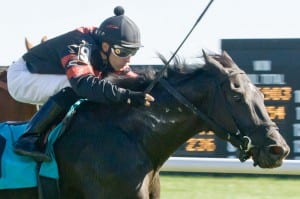 It’s a simple phrase, but to a jockey the term means everything.

By their very nature riders have a burning desire to win, but in this business, even the top jocks lose on eight of ten horses. The competition is just that tough.

That’s why the title “leading rider” at any race meeting is a badge of honor proudly worn.

There are over 40 jockeys riding on a regular or semi-regular basis at Delaware Park this season, and the group includes former leading riders at other tracks like Horacio Karamanous and Victor Carrasco, the 2013 Eclipse Award winner as the top apprentice in the country.  All told, there have been more than 120 riders who have ridden at least one race at Delaware Park this season.

At the head of this year’s class are Alex Cintron and Daniel Centeno, who have been in a battle for leading rider through much of the current stand. Centeno, five-time leading rider at Tampa Bay Downs, got off to a quick start this meeting and has a four race lead (36-32) through Friday.  But Cintron, a native of Puerto Rico who won the title here last season, has been closing the gap in recent weeks.

“It took a while to improve as a rider, to learn some of the little things that make a difference between winning and losing, but I feel like the last few years things have come together and I’m a more complete rider,” Cintron pointed out after training hours.  “I won 70 races the first year in this country, but then I lost the bug and things were tough the next few seasons. I was trying to decide on a circuit, I couldn’t get established, and without a solid base it was tough.”

Then in 2012 Cintron teamed up with agent Mark Mace, and that move proved to be a turning point in the rider’s career. Mace, who had handled the engagements of such notables as Rosie Napravnik, Jeremy Rose, and Rosemary Homeister Jr. in the past, has strong connections in the mid-Atlantic area; and the partnership produced immediate results. After winning 57 races in 2011 with an 11% win rate, Cintron won 127 races in 2012, his win percentage jumped to 16% and he topped the jockey standings at Delaware Park by earnings, while finishing second by wins.  Last year Cintron’s numbers continued to improve as he won a career-high 141 races for the year and his mounts earned nearly $3.9 million in purses.  He also won a photo with the aforementioned Carrasco for the riding title at Delaware Park, winning 91 races to Carrasco’s 90 tallies.

With 84 wins and almost $2.8 million in purse earnings thus far in 2014, he is on pace to post career bests in both categories.

“There’s no question teaming up with Macie helped turned my career around,” Cintron said.  “He’s one of the top agents around and has some strong relationships with a number of good horsemen.  We’ve been able to take things to the next level since we’ve been together, and we’re having another good year this year.”

Cintron’s ability to to adjust to the way the track plays has been one of his great assets.

“[T]he main track [at Delaware Park] has been so fast and speed favoring this year that it’s very important to put yourself either on the lead or close to the lead as early as you can,” the rider explained.  “I try to be one-two-three early on; then it depends on the horse from there.  You can’t turn a late-running type into a speed horse and vice versa, but you can alter when you move according to the pace of the race.”

Of course, the grass poses its own challenges.  “As to the turf, it’s playing a bit more to speed than in past years,” he added, “but if your mount doesn’t have much speed then you’ve got put them in the right position and wait. It also makes a difference if the (temporary) rail is out a good bit; then being inside and closer to the pace is crucial.”

Cintron recently purchased a home in the Wilmington area where he, his wife Carmen, and three daughters, Yalexa (10), Mikaeka (2) and Alana, (7 months) reside.  At 27, the rider, who now considers Delaware his home,  is in his prime and, with continued success, has a chance to join some elite company.  Mike McCarthy and Ramon Dominguez each won five riding titles at Delaware Park, and Joe Petersen topped the standings three times.

It won’t be easy.

“Danny’s [Centeno] a good rider and he’s a fierce competitor,” Cintron admitted.  “But this is home now and winning another title here would be very special, I won’t deny that.  It should make the next three months a lot of fun.”