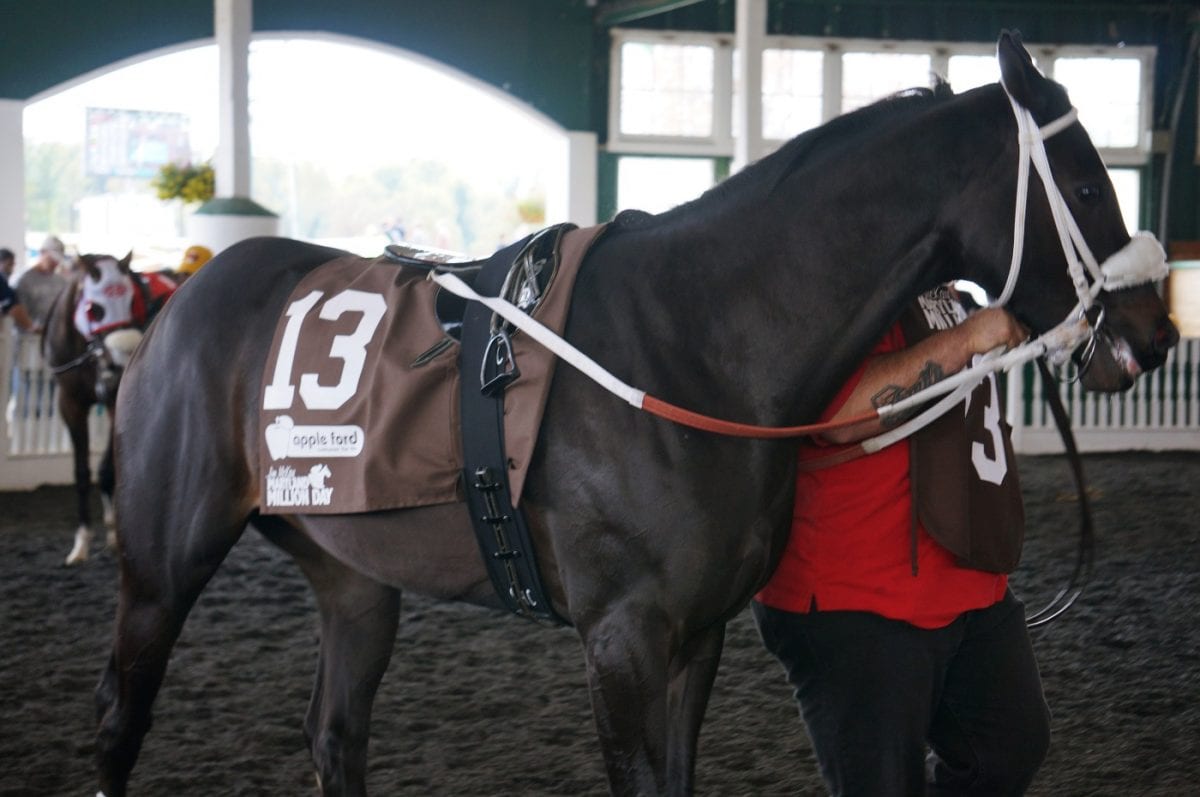 Brice Ridgely, the Maryland breeder who struck gold with Declan’s Moon, passed away this morning, according to multiple sources.

Ridgely, of Cooksville, MD, purchased two mares and a scrawny yearling filly in 1997.  That scrawny yearling, later named Vee Vee Star, won two of 10 career starts while running in the name of Ridgely’s wife Mary Anne and trainer John Tammaro, III,  and earned $60,895.  She achieved her greatest success in the 1999 running of the Grade 2 Black-Eyed Susan Stakes at Pimlico.  Dismissed by the bettors as, at 72-1, the longest shot on the board, she finished willingly to earn the show in a race won by 1-9 Silverbulletday.

Trained by Ron Ellis, Declan’s Moon earned the 2004 Eclipse Award as champion two-year-old colt following a campaign in which he went undefeated in four starts, including the Grade 1 Hollywood Futurity.  He opened his sophomore season with a comfortable win in the Grade 2 Santa Catalina but suffered a small fracture in his left knee in that race.

That injury derailed his Kentucky Derby hopes — he’d been considered the leading Derby contender at the time.  Though he did return to the races and was sound enough to race into 2008, Declan’s Moon won just one more race, an allowance event at Hollywood Park in 2007.

Ridgely, who may have turned down as much as $2 million for Vee Vee Star, was ecstatic with Declan’s success.  He attended the 2005 Eclipse Awards, at which Declan’s Moon was named champion juvenile of the 2004 season, and told the Baltimore Sun, ““It’s one of the greatest things that’s ever happened to us.”

“This is Maryland’s horse,” Ridgely told the Sun.  “This is everybody’s horse.”

Ridgely had been ill with cancer.  He is survived by wife Mary Anne and a large extended family.