Gallorette to have hoofprint on Walk of Fame 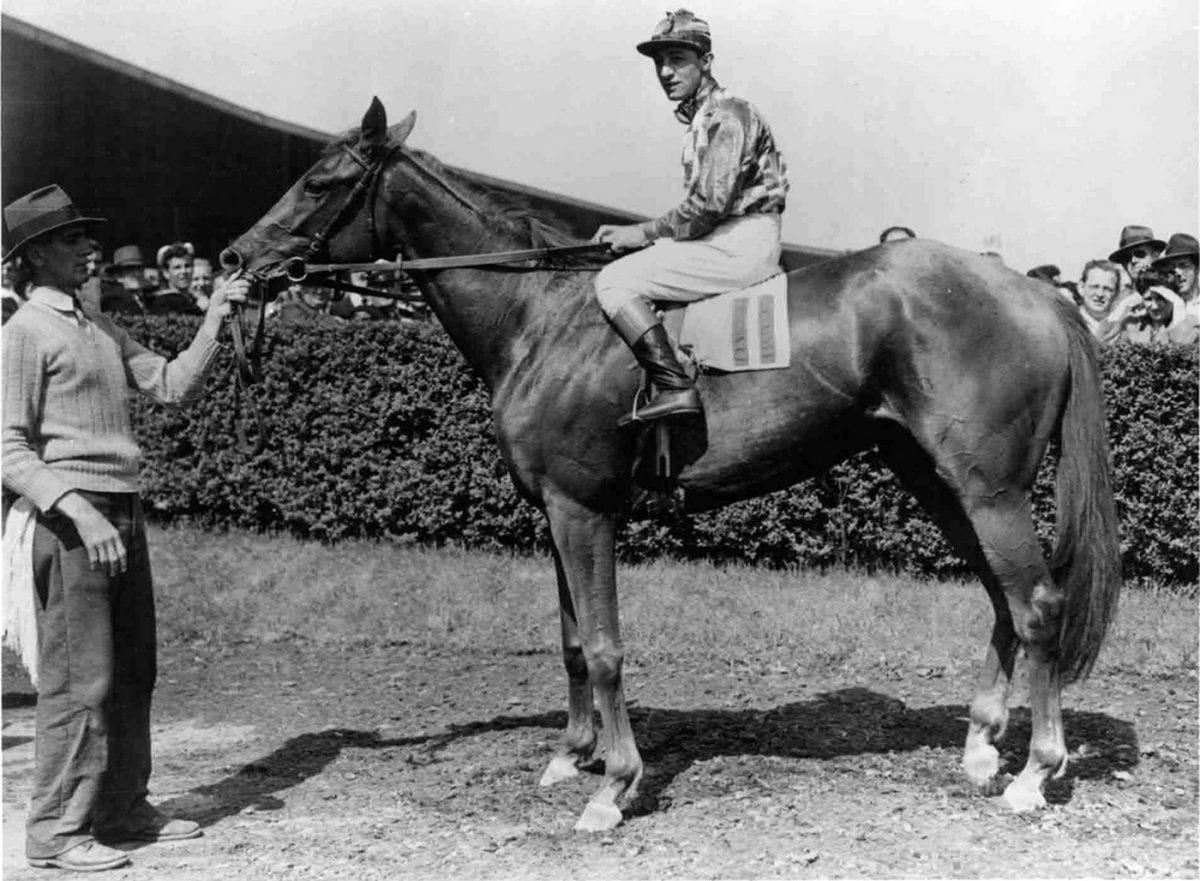 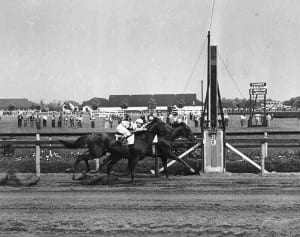 Among the greats that Gallorette defeated was Stymie, here in the 1946 Brooklyn. Keeneland-Morgan photo.

Gallorette, the Maryland-bred filly who took on and often defeated the best males of her era, will enter another august group on Thursday, July 10: the Hoofprints Walk of Fame at Saratoga Race Course.

The chestnut daughter of Challenger II, out of the Sir Galahad III mare Gallette, made an astonishing 51 of her 72 career starts against males.  Aa a three-year-old, she defeated Hoop Jr., that year’s Kentucky Derby winner, and Pavot, who won that year’s Belmont.  One magazine called her “the queen of the Eastern three-year-olds.”

As a handicap runner, her wins included some of the great ‘caps: the Metropolitan, Brooklyn, Beldame, and Carter among them.  She also defeated the boys in Saratoga’s Whitney Stakes in 1948.

Born in 1942, she was bred by Hall of Fame trainer Preston Burch and campaigned by William Brann.

In 1955, she was voted best race filly in history by the American Trainers Association; and in 1962, she became just the fourth female to enter the National Racing Hall of Fame.  She was also an inaugural member of the Maryland Thoroughbred Hall of Fame, in 2013.