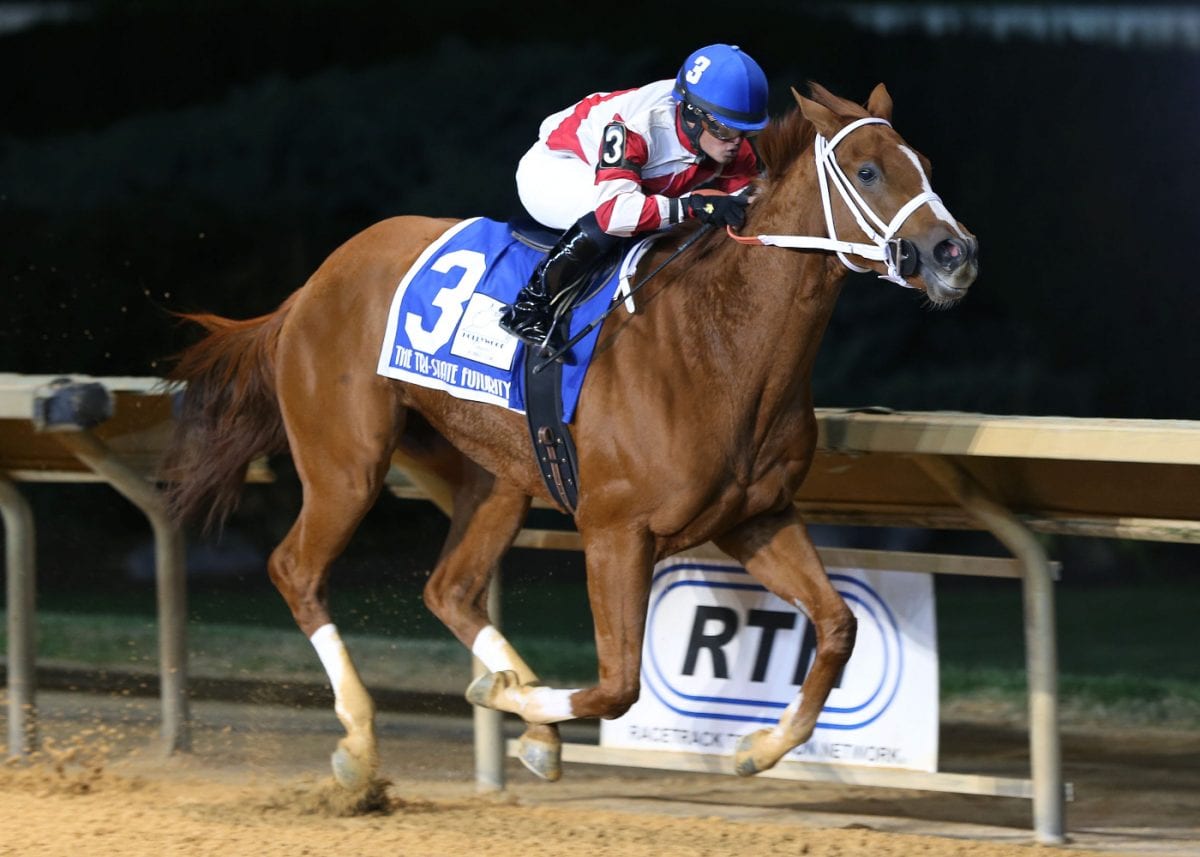 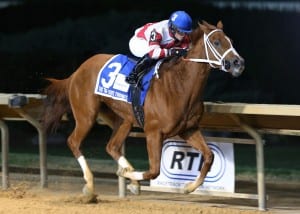 The gelded son of Luftikus, out of the winning Wild Rush mare Romantic Twist, won four stakes last year and earned just shy of $200,000.  Four of his wins came in West Virginia-bred company; the fifth was in the Tri-State Futurity, which is  limited to horses bred in West Virginia, Maryland, and Virginia.

“I went to the farm looking to buy another horse that Mr. Casey liked,” Contreras told The Racing Biz last year. “But when I saw this colt in the field, I really liked him. He was just so easy going.”

Amherst Street won twice last year at tomorrow’s 4 1/2 furlong distance.  He also won three times at 6 1/2 or 7 furlongs and on both fast and sloppy tracks.  He has been on the lead after the first call of every race of his career.

He is showing a half-dozen works in preparation for his return, most recently a half-mile move in 49 seconds flat on June 16; it was the third fastest of five at the distance.  Antonio Lopez will have the mount, as he has for all of Amherst Street’s races.

While Amherst Street is 2-5 to run his undefeated skein to six, the race may not be as easy as the odds suggest.

Comeonletsplay, who ran second to Amherst Street four times — including by just 3/4 of a length in the West Virginia Vincent Moscarelli Memorial Breeders’ Classic Stakes — is back and has one advantage over his rival: this will be his third start of the season.  He has a first and a third from two starts this year.  He’s trained by owner/breeder John Casey and will be ridden by Matt McGowan.  He’s 3-1.

Another runner who finished second to Amherst Street last year, By His Word, will also try his luck.  The Peak Dancer gelding, bred, owned, and trained by Eddie Householder, ran second to Amherst Street in the Henry Mercer Memorial Stakes last September.  But he’s working on a seven-race losing streak after winning at first asking.  J.D. Acosta will ride.  He’s 8-1.

Perhaps the most intriguing of Amherst Street’s rivals in the Coin Collector is Aly’s Tap.  The gelded son of Northern Afleet-Tapforaly, by Pleasant Tap, obliterated maiden rivals in his career debut on May 31.  He rushed to a five-length lead after a quarter mile and was never challenged, winning by 4 1/2 while earning a Beyer speed figure of 64.  Katie Crews will ride for trainer Christopher Keller.  Aly’s Tap is 10-1.