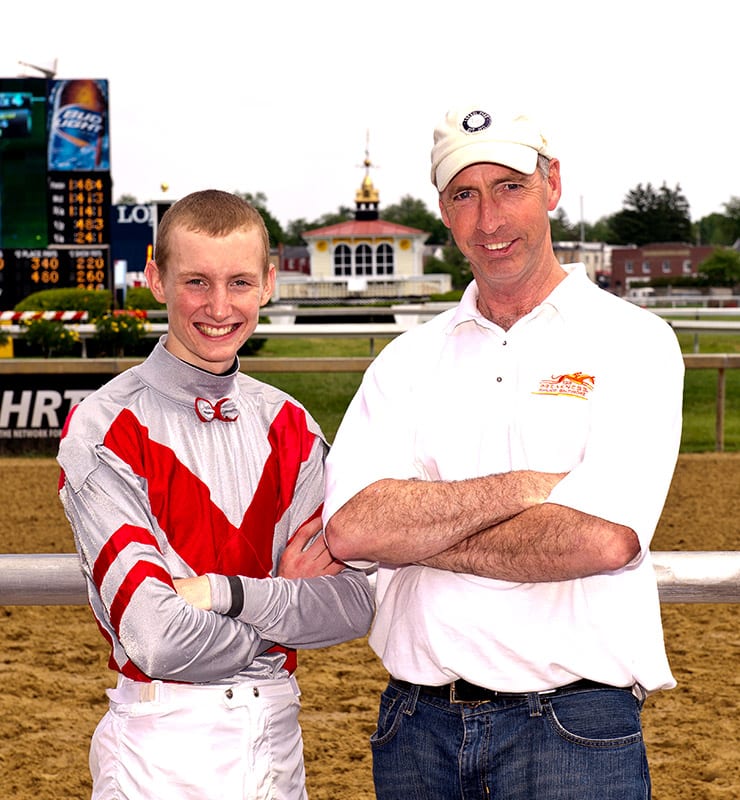 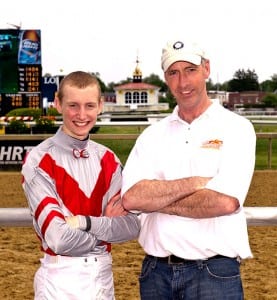 McCarthy topped the jockey standings with 43 first place finishes, five more than Victor Carrasco. The 20-year-old, who became a journeyman during the stand, had 14 multiple win days in the first 23 live racing afternoons.

“We rode a lot of nice horses and were very lucky to get off to a great start,” McCarthy said. “I was nervous (going from apprentice to journeyman) because I know many bug riders drift off the scene rather quickly but some top trainers stood by me and it seemed to go well.”

McCarthy plans on riding at Monmouth Park and Delaware Park this summer. In fact, he missed five of the last seven days of the Pimlico meet to build his business at Monmouth.

“It was a big decision and put us in a tough situation,” added McCarthy. “We didn’t want to get a late start at Monmouth so we decided to ditch some days at Pimlico and hoped we could hold on and win the title. Victor picked up some of my mounts and won some races but I got off to a great start at Monmouth.”

Magee, who shared the Laurel Park winter title with three other conditioners, earned the training title by saddling 18 winners, seven more than Graham Motion and Jamie Ness. The Magee barn had two multiple win afternoons and won at a 32% clip.

“This is my home track and as thrilled I was to share the Laurel title, this means so much more,” Magee said. “We had a lot of horses run well (14 different runners won races during the meet). A couple stood out including Kens Cape, who won a couple but was claimed out of his second win. We hated to lose him because we were planning on retiring him.”

There will not be live racing at the major Maryland tracks for the next 12 weeks. The Laurel Park fall meeting begins Friday, September 5.