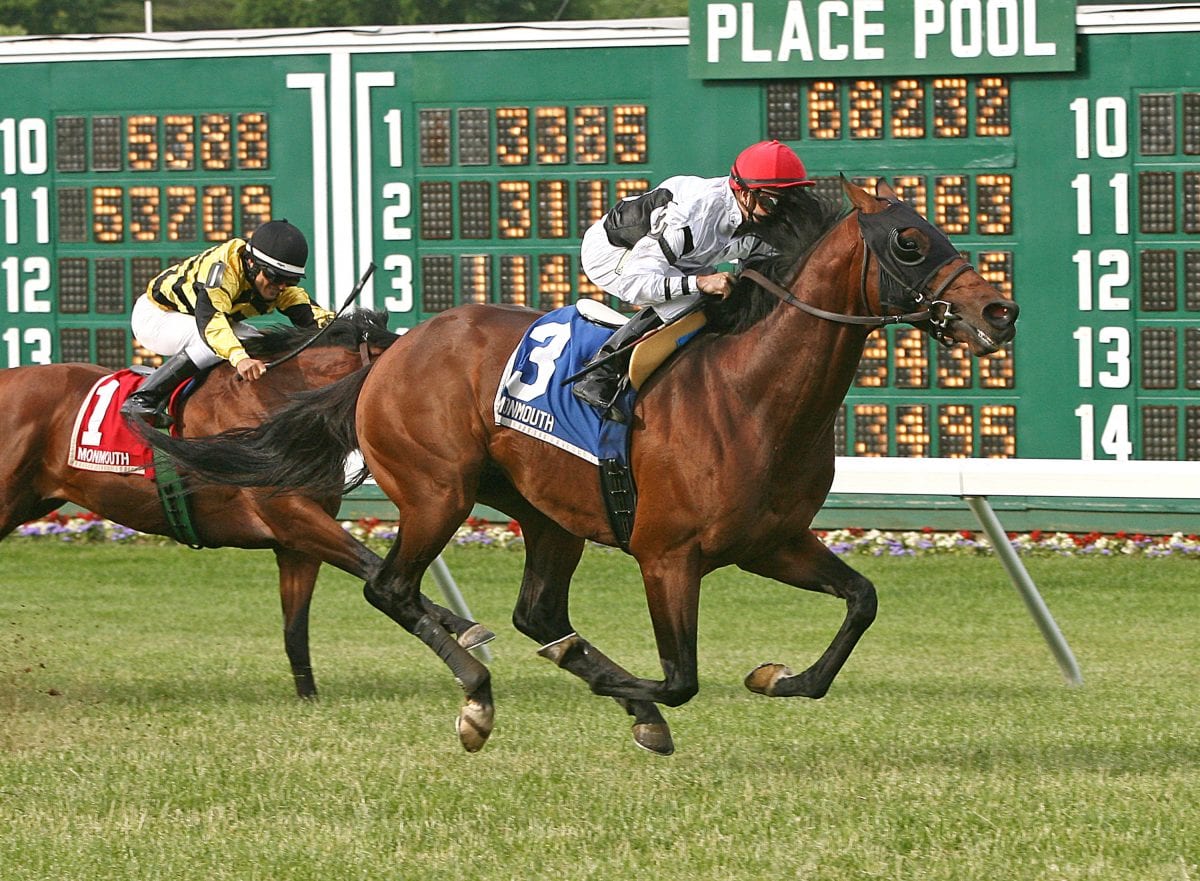 The racing nation — and much of the non-racing nation, for that matter — turned its eyes to Belmont Park on Saturday to see if California Chrome could become the sport’s twelfth Triple Crown winner.  He couldn’t, finishing fourth.  Tonalist, a horse profiled here on Friday, surged late to nip Commissioner by a head to win the big race.

Meanwhile, Commanding Curve became the latest victim of the Ice Box Syndrome (here).  The place horse from the Kentucky Derby took a lot of play at the windows, getting bet down from a 15-1 morning line to less than 9-1 when the gates opened.  But the deep closer found the pace less congenial than that of the Derby and was never much involved, finishing ninth…

Saturday was closing day at Pimlico, and the card included four winners that paid at least $14.00.  Curlin’s Kid, trained by Gary Capuano and ridden by Xavier Perez, was the last winner of the meet, breaking his maiden in claiming company on the lawn in Saturday’s eleventh race.  Saturday was also the fourth leg of the Maryland Handicapping Series, and Gene Todaro got the money with $82 in earnings…

Jockey Carol Cedeno, profiled here recently, had mounts in all eight races at Delaware Park on Saturday.  She had a second and two thirds from the eight mounts…

RESULTS FROM RUNNERS IN THE TOP MIDLANTIC-BRED POLL

(Featured image, of Speaking of Which winning the G2 Monmouth S., by Aubrey Therkelsen, Equiphoto.)