A few minutes with… Sid Fernando 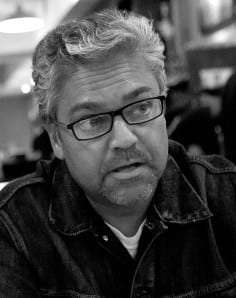 Pedigree analyst Sid Fernando is the president of Werk Thoroughbred Consultants, Inc. and eMatings.com.  He formerly was bloodstock editor of the Daily Racing Form.  He is an internationally known pedigree writer whose works have appeared in publications worldwide.  He grew up in the 1970s and saw, he says, “some great racing in the golden age.”  We visited with him to discuss the upcoming Belmont Stakes, breeding, and other matters.

THE RACING BIZ: With just a few days from the Belmont Stakes, one of the big questions confronting California Chrome — and really, the breed in the US as a whole — is whether he can get the 12 furlongs of the Belmont.  What’s your take on that?

SID FERNANDO: Certainly in recent years, the trend has been towards breeding 8 ½ furlong to 9 furlong horses.  We’re breeding “shorter” horses in this country.  We’re just breeding specialist horses at 8 to 9 furlongs.

Yes, pedigree plays a key role [in a long race like the Belmont].  But if you put 20 sprinters in a 12-furlong race, one of them is going to win.  And so you have to look at who he’s racing against.  Horse A might not be bred for 12 furlongs, and Horse B might be – but class matters, too.  And I think California Chrome is that classy type of horse. His pedigree doesn’t scream 12 furlongs.

ne of the recurring themes of the Triple Crown series has been how modestly bred Chrome is and how it could be termed almost an “accidental breeding,” since, among other things, Lucky Pulpit wasn’t even their first choice of stallion when they ended up breeding California Chrome.  Does that in a sense undermine the work that you and others in the pedigree business do?

SID FERNANDO: No, not at all.  The idea of breeding horses — if there was some kind of formula, everybody would get rich. But it’s so inexact.  A lot of things happen.  When you’re dealing with cheaper horses and don’t have access to top bloodlines [as California Chrome’s breeders were]… well, they’re doing a lot of things by happenstance that we might have recommended if they were our clients.  Leon Rasmussen [who popularized the use of the Dosage Index and was one of Fernando’s mentors] was a chief proponent of that type of inbreeding (like California Chrome) to superior females [such as Numbered Account] through different horses, as California Chrome was. You like to breed those to an outcross stallion.  There’s a lot of stuff — even though it’s a cheap pedigree and this horse could have been a claiming horse — a lot of stuff that’s really good.

TRB: Every time a horse wins the first two legs of the Triple Crown, we hear that “horse racing needs a Triple Crown winner.”  Do you agree?

Would it cure the ills of racing?  No. But it would raise the profile.

TRB: Speaking of the ills of racing, one proposal that’s gotten a lot of play of late is that of Tom Chuckas, of the Maryland Jockey Club, to lengthen the time between the Kentucky Derby and the Preakness, and that from the Preakness to the Belmont — ideally to a month from race-to-race.  What do you think of that?

SID FERNANDO: Tom (Chuckas) is an innovator, and he’s done a tremendous job there.  But I think he jumped on it a little quickly.  If California Chrome wins the Triple Crown, I kind of think it takes away a lot of his argument.  I think there’s some support for his proposal, but there’s as much opposition.  I’m not necessarily against it or for it myself.  I just think there are more serious issues to be addressed right now, like the takeout issue.

SID FERNANDO: I think so.  I really like this horse.