Retired Thoroughbreds get a ‘new lease on life’ 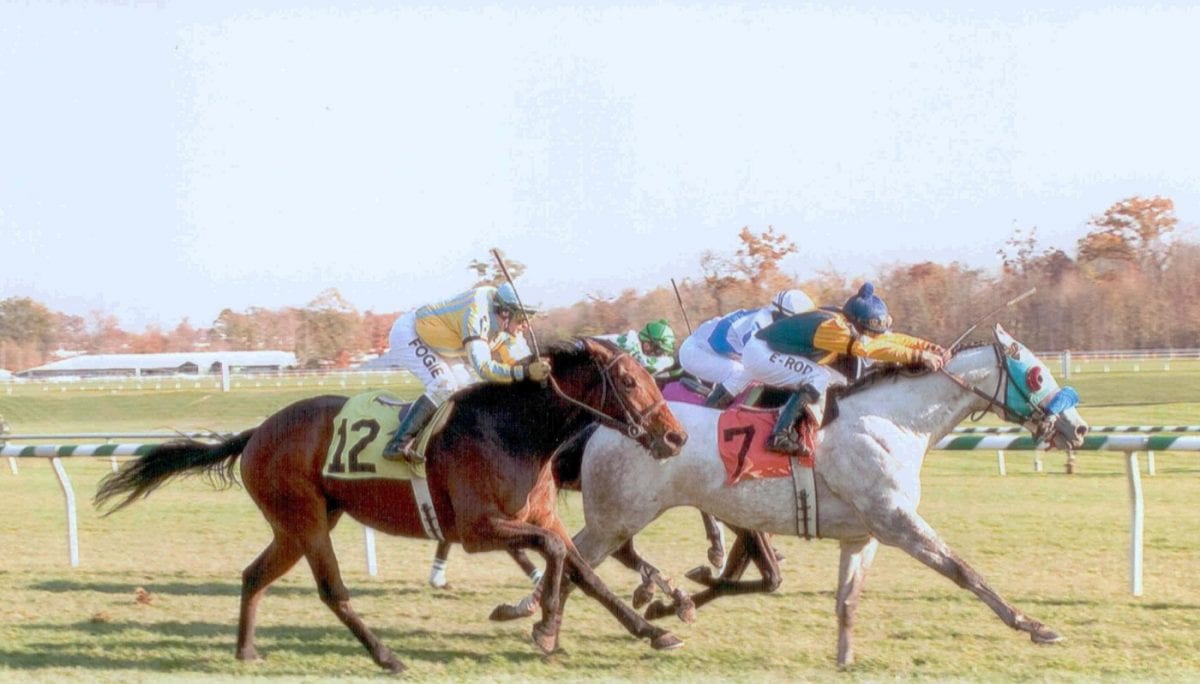 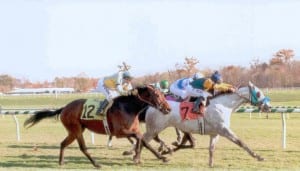 Kim’s Dixie Tune, here winning in 2009, is one of many horses that have been helped by TPR.

The day before, she’d had to euthanize a favorite horse.  Then, on the way home from the veterinarian’s office, she’d struck a deer with her car.

And now, Clark, the founder and executive director of Thoroughbred Placement Resources, Inc. (TPR), found herself face-to-face with officers from the St. Mary’s County (MD) Sheriff’s Office.  She and her organization had come to the attention of police because of complaints about the TPR Casino, an operation in Charlotte Hall, MD, run to benefit her organization.

“The thing I worried about was [TPR’s] good name,” she said.  “I felt totally defeated.”

Defeated, perhaps, but somewhat baffled, too.

Because, she said, “I never received one penny from [TPR Casino].”

Maryland law allows nonprofit organizations to run certain types of gambling operations if the proceeds benefit the organization’s charitable purpose.  Police allege George Wells, who managed the casino, simply used the TPR name as a front for an operation that lined his pockets, while providing nothing at all for the purported beneficiary..

That fact changed earlier this month, however, when the St. Mary’s County Sheriff’s Office presented Clark’s organization with $18,981 in proceeds from the Casino — a happy ending Clark could not have envisioned as the police poked around her home, her barns, her office.

“I think they thought we were not a real charity,” Clark recalled.  “I think they expected to find a gambling house.”

What they found instead was an organization with its legal paperwork in place, one registered as a nonprofit with the Internal Revenue Service and accredited by the Thoroughbred Aftercare Alliance.  And they found the operation of a woman completely dedicated to her cause:  “to improve the lives of Thoroughbred racehorses,” according to the group’s website, by encouraging the racing industry to provide for safe and sound retirements for its athletes and by retraining and rehoming individual horses.  Many horsemen in Maryland have benefited from TPR’s work, and the group claims to rehome over 140 horses annually.

It does all of this on a shoestring budget — one not helped at all by TPR Casino.

Which led police back to the source: George Wells.  Court records indicate that in March Wells pleaded guilty to one of the four charges levied against him, with the others being dropped; he received a one-year suspended sentence and three years of probation, the records say.

Clark says that the Charlotte Hall operation was the second that Wells had opened, ostensibly to benefit her group.  The first, she said, was far off the beaten path, and on her one and only visit, was virtually empty.  “We went down there, and there was, like, nobody there,” she recalled.  “I one-hundred-percent believed he didn’t make any money there.”

The second location, in a more populous area, apparently did better.  Police claimed to have identified “approximately $66,000” that should have gone to TPR but did not.

With the prosecution complete, the Sheriff’s Office was able to provide nearly $19,000 of that to Clark’s organization.

“It was a very good day for all of us to be able to expose Wells and his illegal scheme and give this money to the rightful owner,” said Saint Mary’s County Sheriff’s Office Captain Dan Alioto in a release.  “This should send a clear message to anyone who thinks they will use a charitable organization as a front for illegal activity.”

For Clark, receiving those funds made a difficult situation an inspiring one.

“Horses died that didn’t have to because George didn’t give us the money,” she said.  “Now they get a new lease on life because of what the police have done.”

She added, “It meant that we could help more horses at a time of the year when I have to say no a lot.  It’s wonderful.”

Clark, who has worked at the racetrack as a trainer and as an exercise rider, says that she doesn’t gamble.  But, in addition to the money returned, the police also provided her something else from TPR Casino, and who knows where that could lead.