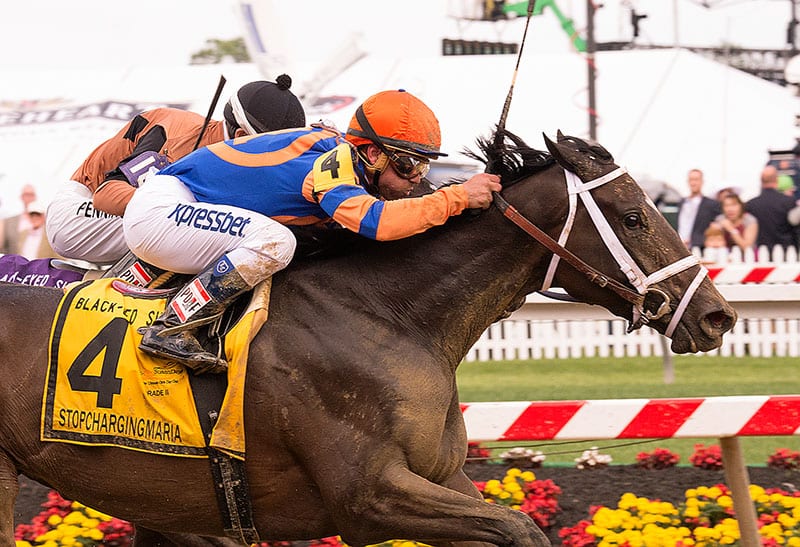 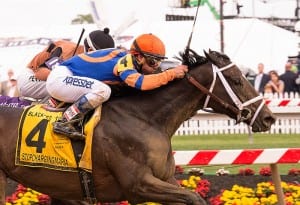 Repole Stable’s Stopchargingmaria took the overland route and narrowly won the $500,000 Black-Eyed Susan Stakes (G2) in dramatic fashion Friday at Pimlico Race Course. The Black-Eyed Susan is restricted to 3-year fillies and is contested at 1 1/8 miles on the main track.

Sent from the gate by Javier Castellano, the Todd Pletcher-trained Stopchargingmaria saved ground around the first turn before being taken to the outside. Asked for run around the far turn, the daughter of Tale of the Cat hooked Vero Amore at the top of the stretch but only gained the lead a few jumps from the finish line, winning by a neck in 1:51.79 over a track rated good. Fortune Pearl finished third.

“It set up perfectly for us,” Castellano said.  “I had a beautiful trip.”

Pletcher, who allowed that “I like this race,” said, ““It was a terrific performance… certainly her best race.”

Stopchargingmaria, who paid $9.60, has won three stakes in eight lifetime starts, including the Temped (G3) and the Demoiselle (G2).