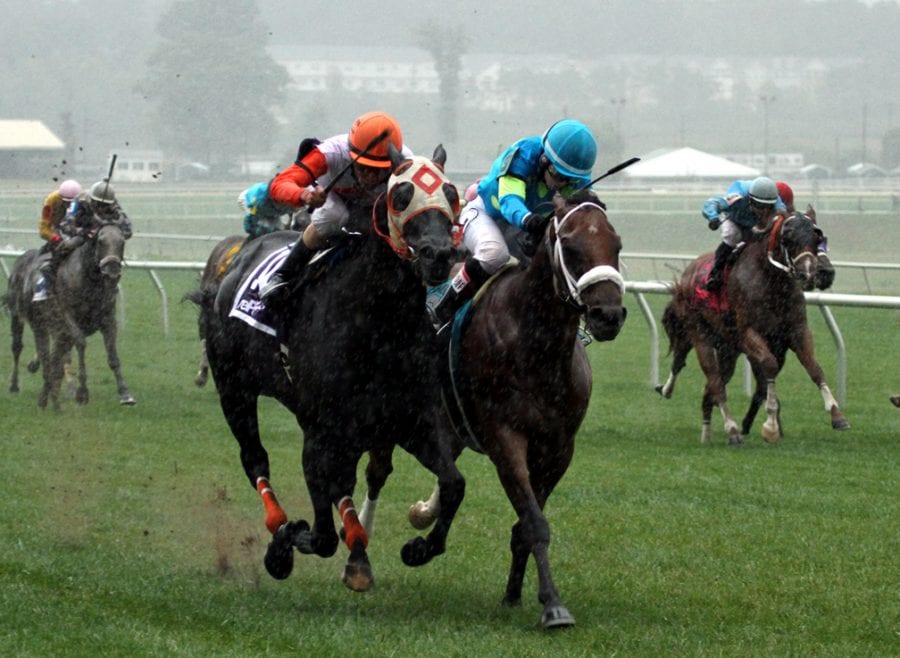 With plenty of graded stakes on tap for the coming weekend at Pimlico, more than a few mid-Atlantic racing fans will be keeping an eye on another race, the $100,000 Jim McKay Turf Sprint, which will be televised live on NBC Sports Network from 4 p.m. to 5 p.m. The race could be a singular showcase for Maryland-bred Ben’s Cat.

Bred, owned and trained by King Leatherbury, 81, Ben’s Cat will start from the eight post in the nine horse field. The race seemingly has become an annual spring event for the gelding many describe as a “Freak.”

The eight-year-old by Parker’s Storm Cat out of Twofox, by Thirty Eight Paces has won more than $1.9 million and is the winningest horse ever in Leatherbury’s barn.

The winner of two of the last three Jim McKay Turf Sprints, Ben’s Cat comes in off his sixth straight victory in the Mister Diz Stakes, also run here at Pimlico.

“It does appear that way,” Leatherbury said, when asked if the horse is getting better with age. “It’s hard to say for certain, though, because it is very strange for a horse to maintain stakes-caliber form over this many years.  But I just had another trainer who came into Pimlico recently tell me, ‘King, Ben’s looking better than he ever has.’

“So that’s an outsider’s opinion. I’m lucky to have other trainers watching my horse and saying things like that – and I don’t even have to pay them!”

Leatherbury said the distance, the turf and being on his home track suits the horse perfectly and he expects Ben’s Cat to be the morning line favorite.  Ben’s Cat has five wins from eight starts on the Pimlico grass.

“I’ve looked at the nominations and I knew right away he’s going to be the favorite,” said the trainer. “The race isn’t drawing big out-of-town horses from California or New York, and though there will be some good runners, I feel relatively safe.  He’s coming into this race good – like he always does. He’s just an amazing horse.”