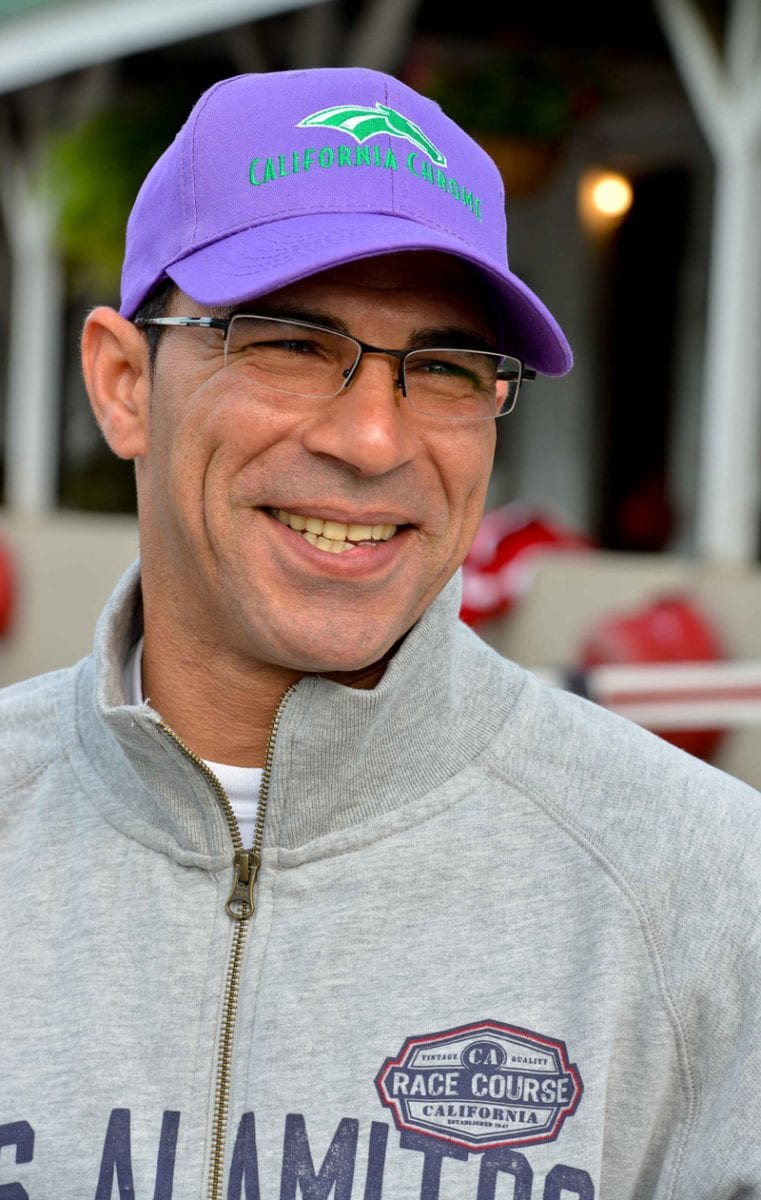 Ria Antonia, the 2013 Breeders’ Cup Juvenile Fillies (G1) winner, was added to the list of candidates for the 139th running of the $1.5 million Preakness Stakes (G1) Tuesday morning.

If the daughter of Rockport Harbor is shipped to Pimlico Race Course to run in the Middle Jewel of the Triple Crown on May 17, she will be saddled for the first time by trainer Tom Amoss.  Ron Paolucci’s Loooch Racing Stable and Christopher T. Dunn have transferred their 3-year-old filly from Hall of Fame trainer Bob Baffert to Amoss following her distant sixth-place finish behind Untapable in the $1 million Kentucky Oaks (G1) at Churchill Downs last Friday.

“She trained this morning with us for the first time,” said Amoss at his Churchill barn Tuesday morning. “She is going to have a light breeze Monday or Tuesday after which Mr. Paolucci and I will discuss the Preakness.”

Following Ria Antonia’s victory in the Juvenile Fillies at Santa Anita last November, when she finished second by a nose but was placed first through the disqualification of She’s a Tiger, Paolucci announced his intention to point his filly to the 2014 Kentucky Derby.

After finishing fourth in her 2014 debut in the Rachel Alexandra (G3) at Fair Grounds on Feb. 22, when she was beaten by more than 14 lengths by Untapable, Ria Antonia was transferred from trainer Jeremiah Englehart to Baffert. She debuted for Baffert with a second-place finish behind Fashion Plate in the Santa Anita Oaks (G1) on April 5. In the Kentucky Oaks, she loomed boldly while making a wide run on the turn into the homestretch before weakening through the stretch, finishing 15 ¼ lengths behind the victorious Untapable.

While Ria Antonia returned to the racetrack for the first time since her Oaks run Tuesday morning, Kentucky Derby (G1) winner California Chrome walked for 30 minutes at Barn 20 at Churchill Downs with exercise rider Willie Delgado on the shank.

Owned by breeders Steven Coburn and Perry Martin, California Chrome is scheduled to return to the track Wednesday morning around 7 o’clock for a jog.

Alan Sherman, son of trainer Art Sherman, is overseeing California Chrome’s Preakness preparations in Louisville before the colt heads to Baltimore next Monday or Wednesday.

“They are doing maintenance on the plane and it is a question of when it will be ready,” said Alan Sherman, whose shirt was sporting a new tear compliments of the Derby winner’s teeth.

The Shermans maintain a stable of 16-17 horses at Los Alamitos, but for Alan, being with one horse is no vacation.

“The last time I had only one horse was when we brought Ultra Blend here for the Breeders’ Cup in 2011,” Alan Sherman said of the filly that finished fourth to Royal Delta in the Ladies’ Classic (G1). “I was here about a week and a half. This is a little more stressful, but a good kind of stress. I wouldn’t want it any other way.”

And the celebration of the colt’s 1 ¾-length victory has not dimmed, either.

“I keep my California Chrome hat on and everywhere we go people are congratulating us,” Delgado said. “Every time I watch a replay of the race, I still get goose bumps. It has not set in yet what he did. It’s unbelievable.”