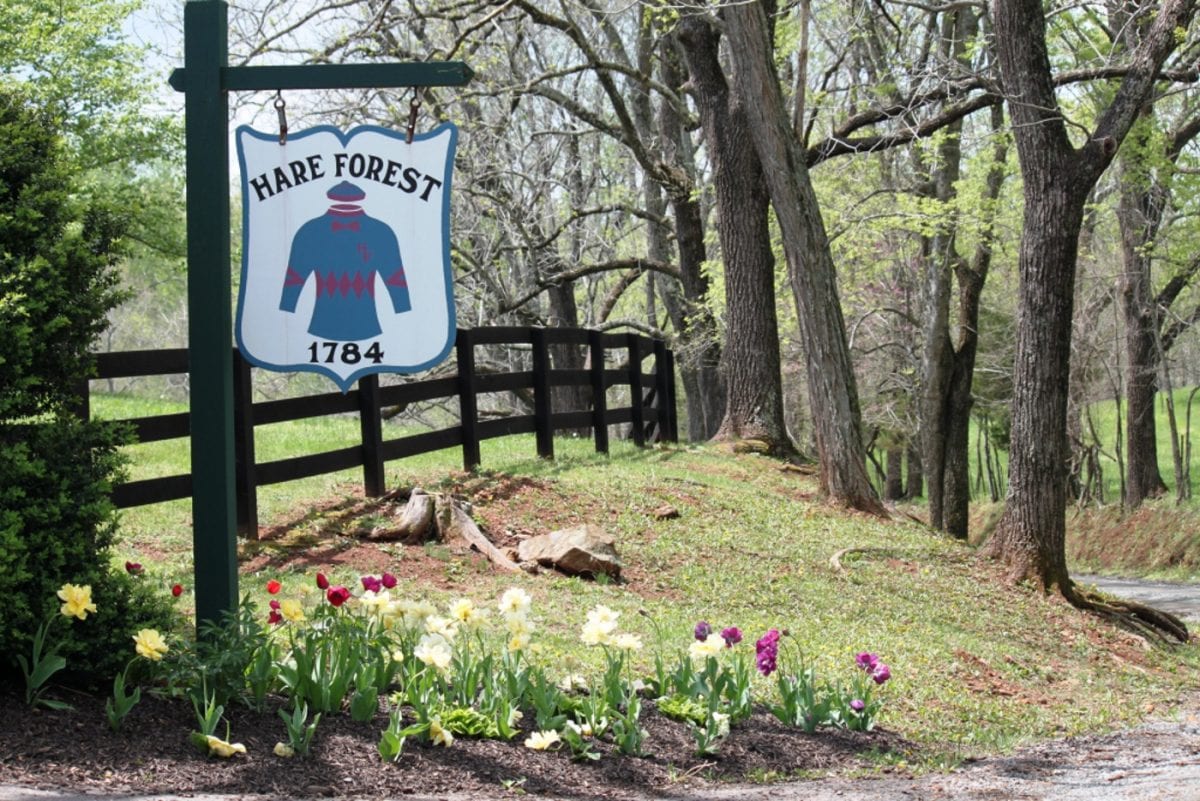 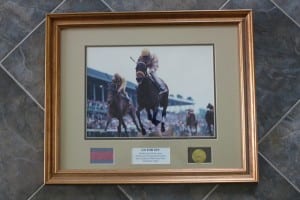 Twenty years ago, Virginia breeder Anne Poulson watched the 1994 Kentucky Derby with heightened interest. Go for Gin, whom she’d bought as a yearling and pinhooked and who had been a resident on the grounds at her Hare Forest Farm for nearly a year, wired the muddy 120th Derby field.

Tomorrow she’ll have another Derby rooting interest.  In this year’s Run for the Roses she will have even a higher stake as the breeder of General a Rod.

“Everybody knows that anything can happen in the Derby,” Poulson explained. “In general, of the 20 starters every one of them has the right to be there and could be the winner that day.”

General a Rod (15-1) has a reservation for the eighth stall in the Kentucky Derby starting gate early Saturday evening. Sired by Roman Ruler out of the winning Dynaformer mare Dynamite Eyes, General a Rod was sold twice as a yearling, first at the Fasig-Tipton July sale for $100,000 and then, five months later, at the same company’s October sale, for $72,000.

On Saturday, trainer Michael Maker will give Joel Rosario a leg up on the horse, now owned by Skychai Racing LLC and Starlight Racing LLC.

And Poulson will share a connection to another runner seeking horse racing’s most desired prize.

Poulson’s breeding operation consists of six to eight mares, and she targets their progeny towards yearling sales.

She keeps some of the babies to race and, if all goes well, to stay in the broodmare band.  And, on occasion, Hare Forest will supplement yearlings with a weanling or two to pinhook — to turn around and sell the following summer.

Back in the early nineties, Poulson took Go for Gin out of a November Fasig-Tipton sale.  The son of Cormorant matured at the picturesque farm located just outside the Town of Orange limits, and he was accepted into the Saratoga sale the following summer.

No wonder: he was a half-brother to Pleasant Tap, who ran third in the ’90 Derby, was second in two different Breeders’ Cup races, and notched two grade one victories.

“Our mares foal in Kentucky but we raise everything at the farm, prep them for sales and send them straight into the sales,” Poulson explains.

Go for Gin’s first two wins came on wet surfaces, and he then captured two stakes wins on fast conditions, the second of which came early in his three year-old campaign.

He ran well without winning in major Derby preps, going second best in the Fountain of Youth and the Wood Memorial. In the Florida Derby he ran fourth versus Holy Bull.

On Derby day, he caught a sloppy track that he relished, made the early lead, and pulled away in the lane to an impressive triumph.

Yet, he never won another race after his Derby triumph.

“I have to think he certainly had enough talent to have won that day,” Poulson said, “because he was second in the Preakness and second in the Belmont. So he was consistent during the Triple Crown, validating his right to be a Kentucky Derby winner.”

Like Go for Gin, the “good-minded” General a Rod will face a short priced favorite.  The former had to tangle with Holy Bull, who went off at 2.20-1 before running twelfth.  The latter will have to figure out California Chrome, installed as the 5-2 morning line favorite, the shortest in recent years.

But where Go for Gin had a devilish streak, General a Rod is more of a gentlemen.

“He was a good-minded horse, where Go for Gin liked to be naughty,” said Poulson.  “He liked to see what he could get away with. He was constantly doing a little nip or a little kick or whatever.  General a Rod was very sensible and very, very focused.”

In addition to General a Rod, Hare Forest also bred three year-old Our Caravan, who blitzed this year’s Calder Derby by over nine lengths, trouncing well fancied Ring Weekend in the process.

A pair of three year-olds like that is enough to inspire optimism in the most hardened pessimist.  And optimism is easy to come by when looking at the current crop of Hare Forest yearlings by sires like Tiznow and Mineshaft, spending their sunny days in separate paddocks on the grounds.

In addition to California Chrome in Saturday’s Derby, General a Rod must face Wildcat Red, a nemesis who outfinished General A Rod in two graded stakes in south Florida after General a Rod delivered the first strike in a win New Year’s Day in the ungraded Gulfstream Park Derby. 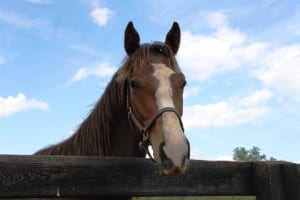 The former Orange County resident isn’t a favorite, but he’s not a no-hoper, either. Go for Gin was also moderately priced at 9-1.

“You got to show up to win,” pointed out Poulson.  “We hope he gets a very good race in and he gets a chance to maybe do it, which was exactly what we were hoping for with Go for Gin.”

Hare Forest, on the National Register of Historic Places, is believed to be the birthplace of the twelfth U.S. President, Zachary Taylor. “Old Rough and Ready” also didn’t stay in Virginia very long, shipping out to Kentucky after he was born moving to Louisville as a youngster. It’s unclear if Taylor became a race enthusiast, but his veteran war horse from the Mexican War, “Old Whitey,” was allowed to graze on the White House lawn as long as his fans were restrained. They were known to peck at his tail for souvenir hairs.

And if he manages to wear the blanket of roses tomorrow, a passionate fan base is something else General a Rod will share with Old Whitey.