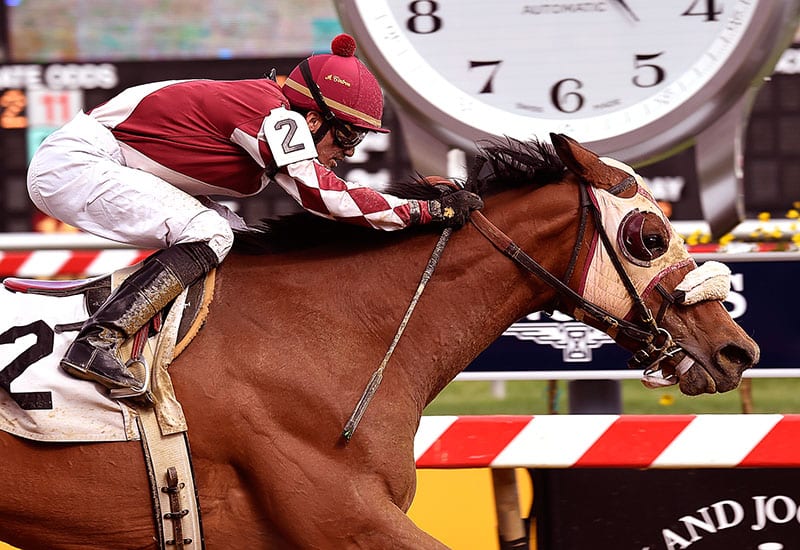 Celtic Katie was winning her first lifetime stakes after finishing second in both the Nellie Morse and Conniver Stakes at Laurel Park earlier this year. This afternoon, the 5-year-old bay mare and jockey Javier Santiago tracked the speed of Brenda’s Way and Addison Run before taking a path inside of both, grabbing the lead a furlong from home and winning off by 5-1/4 lengths. Brenda’s Way held on for second. Addison Run finished third.

“The trainer told me to try to follow the leader and try to keep her back a bit but not to fight her,” Santiago said. “That can be hard. It depends on the horse. If the horse helps you it’s okay. Today, she just waited until I asked and when I asked she went well. I saw an opening between the turn and the quarter pole. I decided to stay on the inside and she just ran up the rail. It went just the way we hoped it would.”

“This is a filly I have always rooted for. She is a great big, good looking filly,” Grove said. “The Maryland-bred program has been very good to me.”