Rise Up looks to raise his game in Hilton Memorial 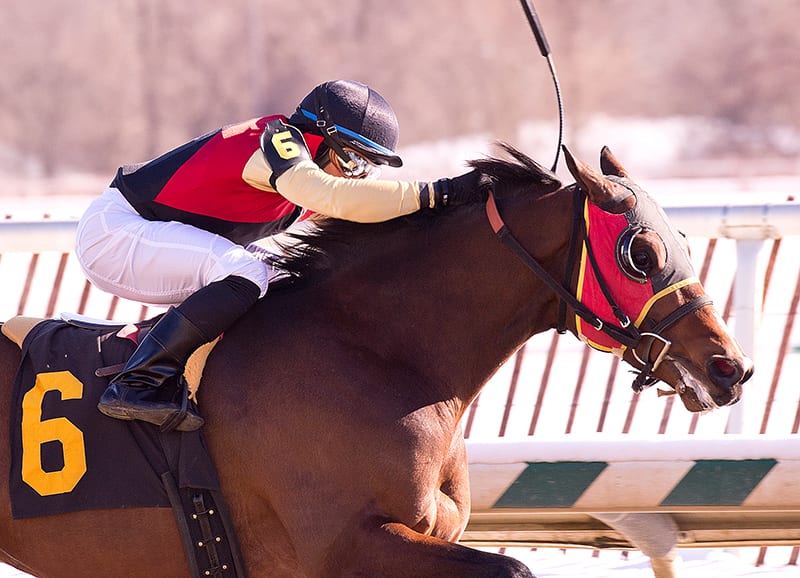 From a Charles Town release by John Scheinman

Trainer Tom Amoss took the son of Rockport Harbor to the Fair Grounds this winter to get on the Triple Crown trail and, unfortunately, nothing went right. First, Rise Up ran rank, close to the pace in the Grade 2 Risen Star before weakening to a distant seventh. In his next start, the Grade 2 Louisiana Derby, the colt barely came out of the gate, rushed up five wide into the first turn and finished last, 22 lengths behind winner Vicar in Trouble.

Amoss, however, knows he has a talented horse in Rise Up, and he hopes to prove it Saturday night in the $100,000 Robert Hilton Memorial presented by Budweiser, a seven-furlong stakes for 3-year-olds, at Hollywood Casino at Charles Town Races.

The race is carded as the second leg in a $100,000-guaranteed All Stakes Pick 4, which climaxes with the sixth running of the Grade 2, $1.5 million Charles Town Classic. Post time for the Hilton is 9:15 p.m. EDT.

The 2-1 morning-line favorite, Rise Up has been a bit of a puzzle for Amoss because of his tardy starts at the Fair Grounds.

“His last two races he’s had a lot of difficulty coming out of the gate correctly,” Amoss said. “I don’t know what goes on with a horse that’s never had a problem with that. He’s perfect in the gate in the morning. Last time, we tried blinkers; we’ve tried pads in the gate. We’ve tried different tricks with him that haven’t worked, but here [for the Hilton] we’re going to keep his blinkers on.”

A winner of four of eight starts and $814,633, Rise Up will break from post 3 in his first start under jockey Leandro Goncalves.

Local trainer Sandra Dono will try to upset the Hilton with Open the Bank, a son of Fairbanks coming off two solid second-place finishes. Like Rise Up, Open the Bank, 10-1 on the morning line, has plenty of speed and will be cutting back from 1 1/16 miles.

The gelding has finished first and second in two starts at the track.

“We worked him one time with Lucy’s Bob Boy [Dono’s barn star, who is running in the Classic], and he stuck with him [for three furlongs in 34 and change. We ran him at Mountaineer [March 5] and he was second at five furlongs, which was too short. At seven furlongs [for the Hilton], I kind of like it. We ran that mile and a sixteenth last time and now shorten him up. He likes the track. He’s a big, big boy. He’s like 17.2 hands.”

Germaniac (4-1), like Rise Up, will try to get back on track after back-to-back sixth-place finishes in stakes races for Maryland-based trainer Tim Tullock.

On Jan. 4, the son of Henny Hughes scorched a solid field by 6 1/2 lengths  over seven furlongs in the Frank Whitely Stakes at Laurel Park, but had tough trips in his two subsequent starts at Laurel and Aqueduct. He prepared for the Hilton working a sharp three furlongs in 36 seconds on April 16 at Laurel. J.D. Acosta, who rode him in the stakes win, has the call.

Trainer Kellyn Gorder will run one of the few if not the only horse bred in Azerbaijan in Black Fighter, who is coming off victories at Turfway Park and Mountaineer.

Black Fighter’s owner, Mammad Mirza Huseynov, stands the colt’s sire, Big Surf, at his Royal Pegasus Farm in Lexington, Ky. The stallion, by Storm Cat out of the champion Surfside, stood in Azerbaijan from 2010-12.

“This is Big Surf’s first winner here in the states, “Gorder said. “He broke his maiden nicely at Turfway and I switched him back to dirt at Mountaineer, and he ran really well [winning by 7 ¼ lengths]. I thought this would be a good place to step up a little bit.”