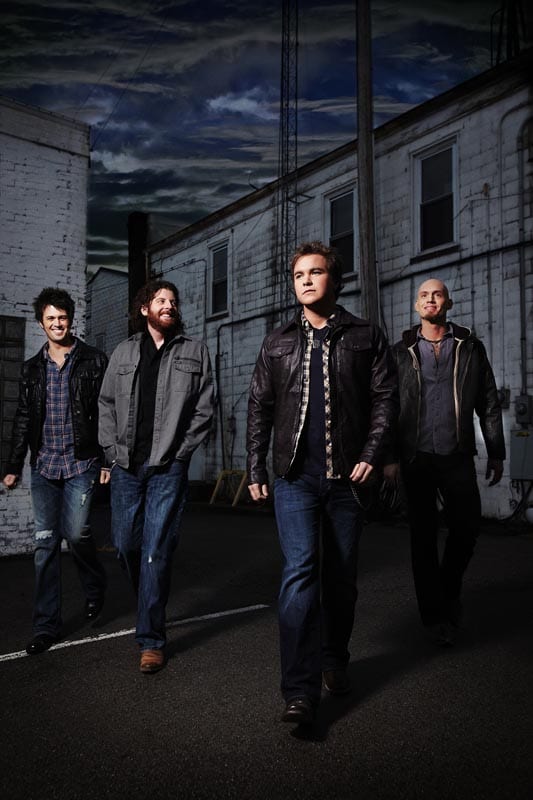 The Maryland Jockey Club today announced Switchfoot, Eli Young Band, Sundy Best and Go Go Gadjet will perform on the Jägermeister stage on Saturday, May 17 at Pimlico Race Course, prior to the 139th running of the Preakness Stakes (G1).

Last month it was revealed that Grammy Award winner Lorde will headline the main stage on Preakness Day. The additional main stage performers will be announced shortly.

The “Preakness Concert Series” also includes performances by Counting Crows, The Fray and Annie Bosko in the infield on Black-Eyed Susan Day, Friday, May 16.

“The Jägermeister stage is a big part of what we do on Preakness Day,” Maryland Jockey Club president Tom Chuckas said. “Florida Georgia Line and Little Big Town have performed the last two years and each earned multiple awards that same year, so we are striving to bring the best bands to Baltimore.”

Acclaimed San Diego rock band Switchfoot has seen multi-platinum success over its 17-year career, with 5.5 million albums sold, a GRAMMY, multiple world tours and no sign of slowing down. After releasing their first feature film, Fading West, in December and a brand new album of the same name that debuted at #6 on the Billboard Top 200, Switchfoot continues to build a global fan base devoted to their emotionally intelligent and uplifting brand of rock. Additional information on the band can be found at http://www.switchfoot.com/.

Eli Young Band has charted eight times on the Billboard country charts with three of their singles reaching number one: “Crazy Girl” (2011), “Even If It Breaks Your Heart” (2012) and “Drunk Last Night” (2013).  The band has been nominated for more than twenty awards, winning Song of the Year and Breakthrough Artist in 2011. The band’s fifth studio album 10,000 Towns was released earlier this month. Additional information on the band can be found at http://eliyoungband.com/.

Sundy Best blends country, bluegrass and rhythm and blues. The band’s video “Home” was a fixture in the Top 5 on Country Music Television (CMT) last year. The duo recently played at the Grand Ole Opry in Nashville for the first time and their album Bring Up The Sun debuted at #11 on Billboard Magazine Top Country Album chart earlier this month. Additional information on the band can be found at http://www.sundybest.net/home/.

Go Go Gadjet, one of the East Coast’s most popular cover bands, will open the Jägermeister stage. The band has performed in 11 states since 2005.  Additional information on the band can be found at http://www.gogogadjet.com/.

Blonde Marketing, an independent event management and production company, has booked and produced the Jägermeister stage bands and activities since its inception in 2009.

The annual running of the Preakness is an American institution. First contested in 1873, it is one of thoroughbred horse racing’s most valued Grade 1 stakes races. Now one of the largest single-day sporting events in the United States, “The People’s Race…The People’s Party” has hosted up to 121,309 fans for the pivotal middle jewel of thoroughbred racing’s Triple Crown at famed Pimlico.

Jägermeister, an herbal liqueur made from 56 herbs, roots, blooms and fruits, is the number one selling imported shot brand in the United States and the eighth largest premium spirit in the world.

“Longtime supporter and friend, Jägermeister is proud to present a legendary infield experience at this year’s Preakness,” said Kate Laufer, director of public relations for The Sidney Frank Importing Company. “Visit the epic dome bar for ice cold shots of Jägermeister, a taste of the newly introduced Jägermeister spice and a live show from the Jägermeister presents stage!”

Seating information and ticket reservations are available at www.preakness.com. Tickets can be bought by calling the Preakness sales office (877-206-8042) or by logging onto http://www.ticketfly.com/event/380219-preakness-infieldfest-baltimore/.