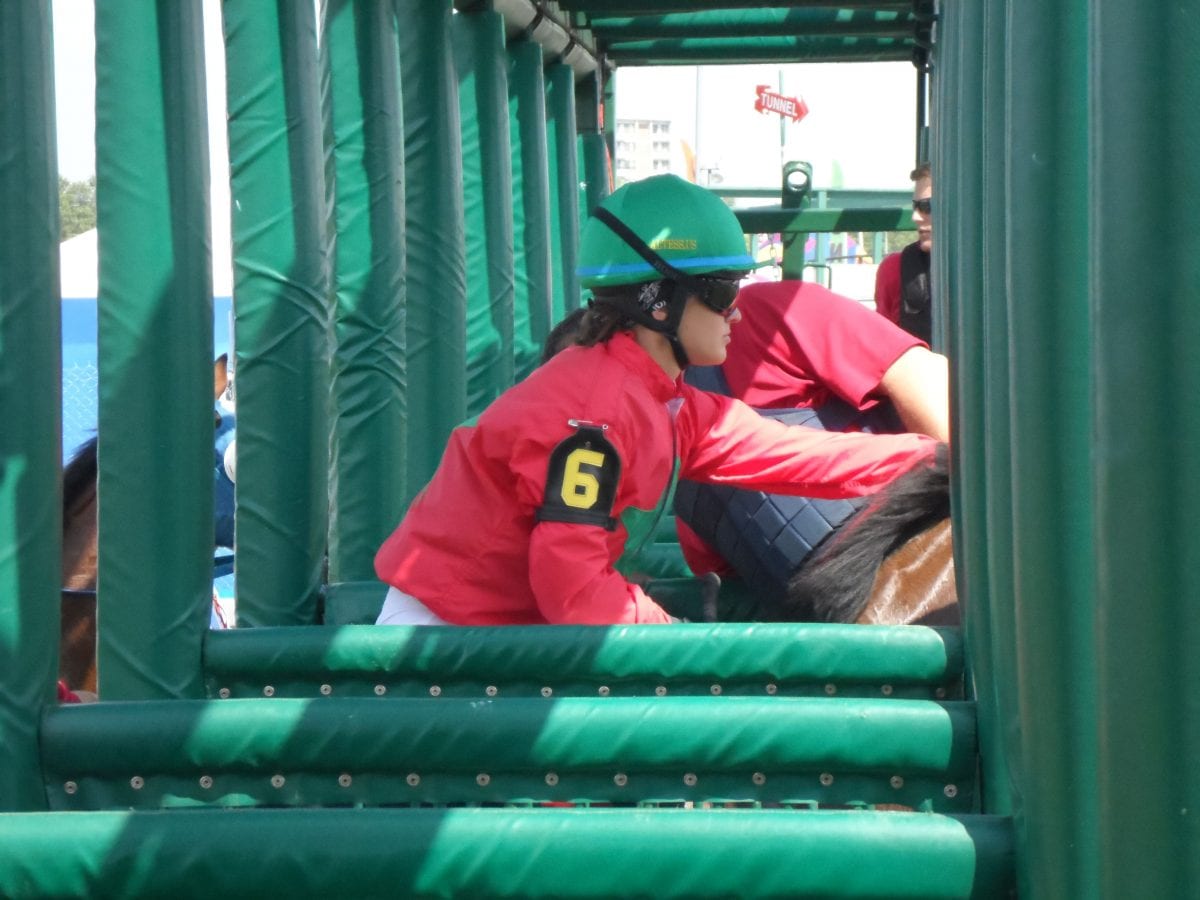 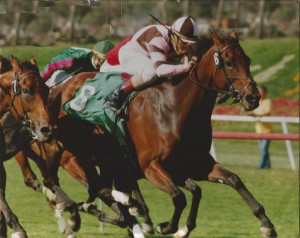 In the movie, “Moneyball,” there is a scene – as I recall – where the assistant general manager of the Oakland Athletics says to a ball player, “When you get your pitch, you’re hitting .675. When you don’t, you’re hitting .158.”

The assistant GM was using analytics – the discovery and use of meaningful patterns in data – to help his players succeed. If you’ve seen the movie, you know that it worked. After initial failure, the Athletics won 102 games – including 20 straight – using players who had been cast off by other teams, and with a payroll that was about 20 percent of what a team like the Yankees was paying.

Now the question is … could analytics work in horseracing? Is there a way to figure out what a horse really wants to do, and then place it into races where it can succeed?

I say there is, and perhaps we’ll see “Moneyhorse” being used by racing stables.

The problem, of course, is that it takes time to figure out what your horse really likes to do, and horses have a finite number of starts in them. That’s why I think that every race is important.

When I managed our racehorses, I started from the belief that every horse has a preferred way of running, a “natural gait,” if you will. Where does it run — in the lead, in the pack, from behind — when it is most successful? How far does it seem to want to run when it races really well? Which surface does it excel on?

I frequently suggested where our horses should run to our trainer, Barclay Tagg. Initially, he said that he resented it, and I understand that completely. He’s with the horse 24/7, and I see it run on race day and maybe some breezes in between, but my suggestions were based on some things that I had learned about them. Over time, he saw the results and was pleased.

“You were good with figures, and what I really liked about it was you would say, ‘Let’s run this horse for a price, let’s run that horse for a price,’ and sometimes I’d think I hadn’t given them much of a shot, but you generally were right,” Barclay admitted.

To arrive at those recommendations, I deconstructed every race that our horses ran to gain insight in how they had actually run. If they had won, what had they done well? If they lost, what had happened?

Normally, when a horse is beaten, there is a good reason that transcends what a jockey may or may not have done.  As a result, I avoided the standard “blame the rider” routine that so many owners use to explain why their horse had been beaten.

During her career, I discovered that our Grade 1 stakes-winning mare Miss Josh was at heart a miler but could go farther — all the way up to a mile and three-sixteenths — if she got the trip she wanted.  That trip — to settle relatively near a moderate pace of about 48 seconds for the opening half-mile — was key.  And she lost when she didn’t get it.

Going into her five-year-old year, she was good enough to be in the discussion for the Eclipse Award as top turf mare in America.  But our options for winning that award were limited.  At the time, there were only nine Grade 1 turf routes for females — and no Breeders’ Cup race — and the single race in the East — the Flower Bowl in New York — was too long for her.

[pullquote]My philosophy was simple: run our horses against the worst horses I could find for the most money I could find.[/pullquote]

That left eight — seven in California and the Beverly D (at 1 3/16 miles) at Arlington Park.  If we wanted to win the Eclipse, we had to go to California, which we did and won the Grade 1 Gamely Handicap in June.

Then she won the Matchmaker Stakes at Atlantic City, and we had a choice to make. We could run in a Grade 1 at Del Mar, where we would have to ship to California and face the California mares on their home turf for a second time. We could run against colts in the Breeders’ Cup Mile, which was her distance, but where we would need a new jockey as Laffit Pincay was pledged to another horse. Or we could run in the Beverly D, where all would have to ship in.

We chose the Beverly D. I didn’t like the distance, but I thought that if she got her pace scenario, she could win, and we needed at least one more Grade 1 win to have a shot at an Eclipse.

She didn’t.  She left the gate and was close to the lead through a quarter that was so fast — 21 3/5 seconds — that I thought, “That has to be wrong.”  Then, when they put up a half in :45.4, and she was about a length behind, I put down my binoculars. With more than five furlongs to go, I knew that we were beaten. She ran third.

One of the things I thought was most important in managing our horses was to put them in spots where they rated a big shot to win.

I would find races where I thought that our horse – if it ran its usual race – would be no worse than second. If there was more than one other horse in the race that I thought could beat us, I generally skipped the race.

My philosophy was simple: run our horses against the worst horses I could find for the most money I could find.

That led us to shipping to places – like Louisiana Downs and River Downs – where we had never run before because I thought I saw an advantage that our horses had over the competition. Sometimes, it even led us to run in richer (but perhaps less prestigious) races.

Instead of running in a stakes race for $75,000 with similar conditions, for example, we ran and won a $175,000 stakes race.  The additional $60,000 our horse earned we won meant that we could breed our mare to a pricier stallion the next year.

But there were exceptions to my rule.

In 1989, when Highland Springs ascended the ladder from a $35,000 claimer in June to winning two graded-stakes races at Saratoga in August – while setting a course record in the process – I decided to seriously think about running him in the Breeders’ Cup. To my mind, the horse we had to beat was Steinlen, who in my assessment was a length better than our horse at a mile. I called Andy Beyer. We chatted about both horses, and he affirmed my analysis. Now a length is a large difference at that class, but my thinking was, “Maybe we’ll have a golden trip, maybe Steinlen will get blocked, maybe it will just be our day.” I thought he had earned the opportunity.

So we ran in the Breeders’ Cup Mile and turning for home, we were head-and-head for the lead. Steinlen had been blocked along the backstretch and needed racing room. At the eighth pole, our jockey, Kent Desormeaux, was changing hands with the whip, and he dropped it. It seemed to stun him a bit, and he hand-rode the horse to the finish. Steinlen beat him two lengths.

We were almost right.  Steinlen was a bit better than we were.  And Steinlen didn’t have a great trip — but neither did we, and as a result, he beat us.

Now, how can owners use the data that is available to better manage their horses? 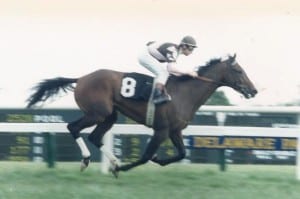 First off, I would look at the horse’s best races. Break out the fractions for their horse. How fast did your horse run the opening quarter?  The half?

See how fast it ran its last fraction. Is there a pattern?

Then do the same for races that the horse lost. In all likelihood, you will see a different pattern. What does this tell you?

If you do this often enough, I’m pretty sure that you will see some progress in your horse’s career. If one sifts through the data, one will find other patterns that will explain why a horse does some things well and others not so well.

Effectively spotting a horse isn’t just about figuring out that your horse is, say, a turf sprinter or a dirt router.  It also means putting the horse into races where, if things go according to plan, it figures to have a big shot at winning.

Plans don’t always pan out, of course — but using available data can make them a lot more likely to succeed.