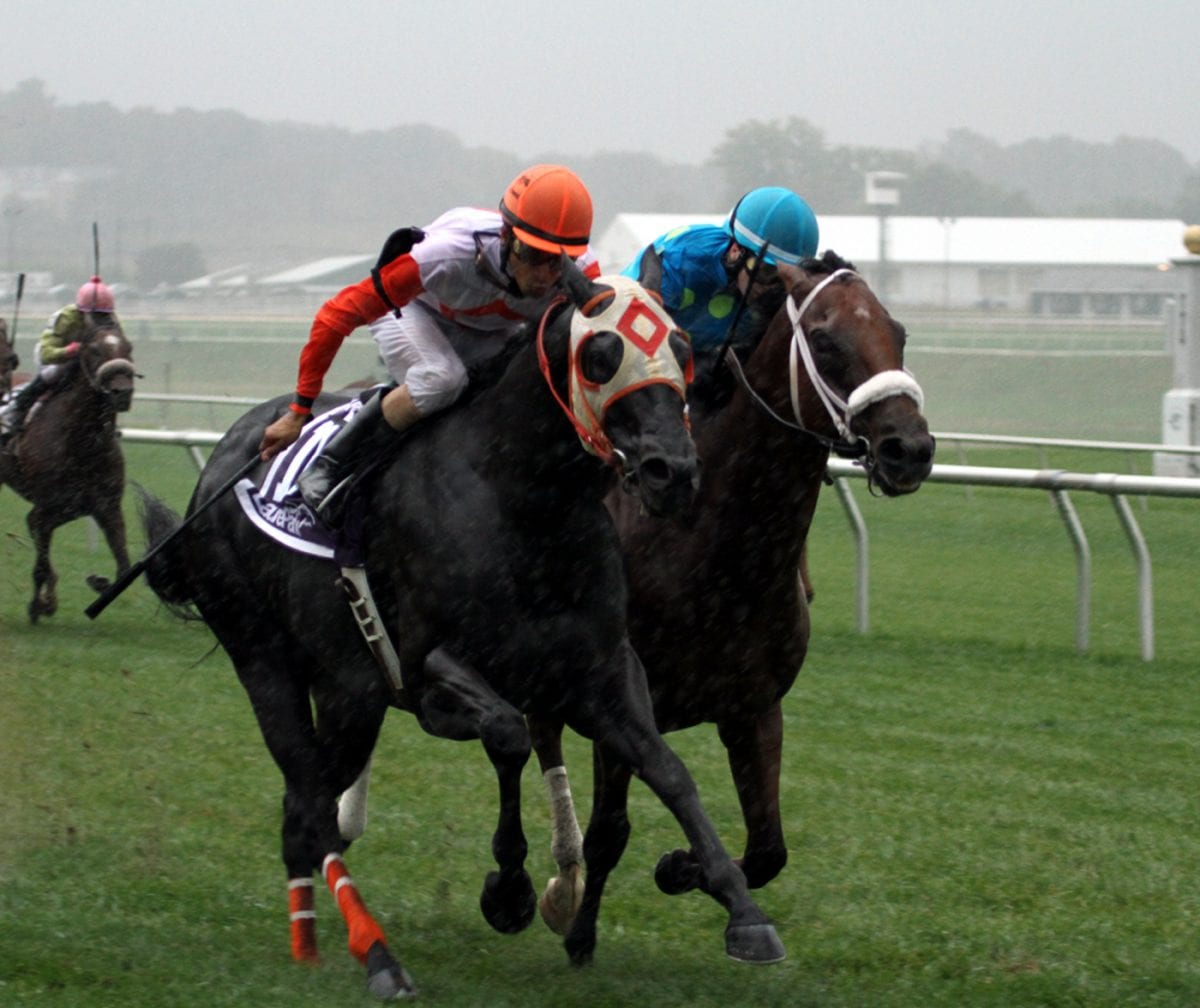 In addition, he has become the most decorated state-bred in the 62-year history of the awards, taking three divisional categories in 2013 – champion older male, sprinter and turf horse – to increase his total to 10.

Incredibly consistent, Ben’s Cat produced a near-identical season to that of 2012, winning five of eight starts, all in stakes company, and earning $505,350, the most of any Maryland-bred for the year. He defended his title in Parx Racing’s Parx Dash Handicap, a Grade 3 for the first time last year, as well as Penn National’s Fabulous Strike Handicap, the latter his only start on the main track.

The dark bay kicked off his 7-year-old campaign with a fourth consecutive victory in Pimlico’s Mister Diz Stakes. He also won, for the second time in three years, the Jim McKay Turf Sprint Stakes at Pimlico and the Laurel Dash Stakes at Laurel. His other three starts resulted in stakes-placings. He finished second by a neck in the one-mile Maryland Million Turf Stakes, his only start beyond six furlongs, and was third in the Grade 3 Turf Monster Handicap and Pennsylvania Governor’s Cup Handicap.