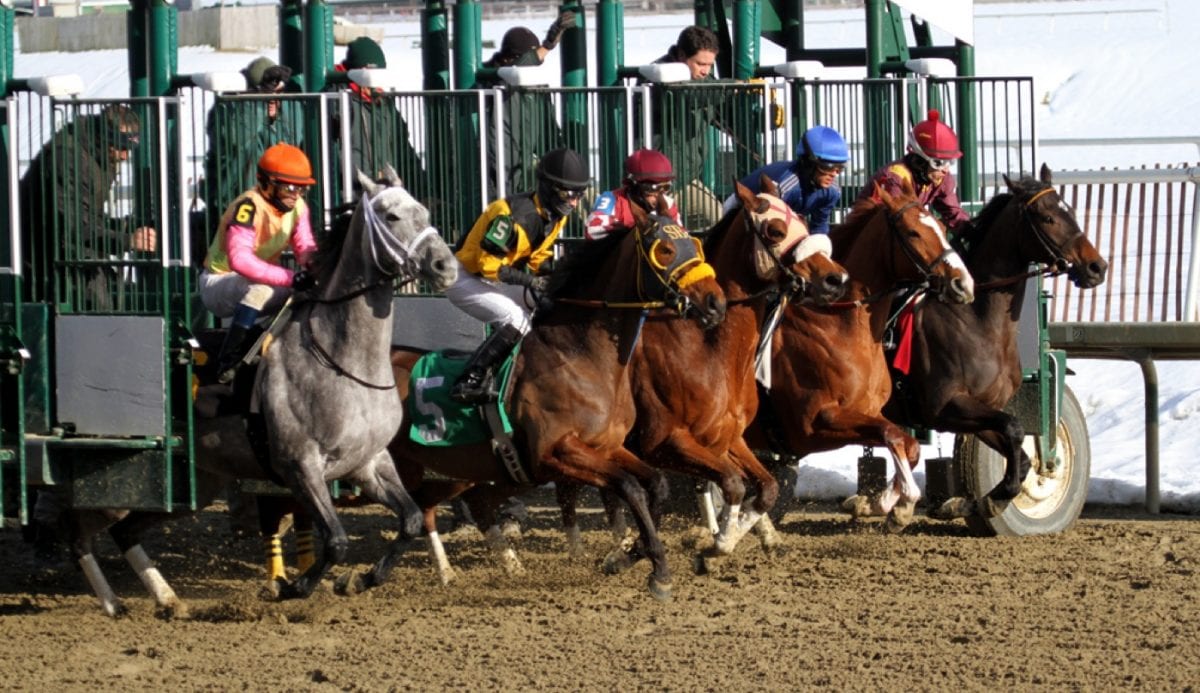 And, for the second time, the Commission punted — for the time being.

What’s at issue seems small but has, some riders and agents say, an outsized impact.  Horses typically are entered in races three days before the race takes place — Tuesday for Friday’s races.  Scratch time in this case would be 9:00 a.m. on Wednesday, two days prior to the races.

Trainers typically name their jockeys and claim their relevant weight allowances (including the five to 10 pounds afforded to apprentices) at the time of entry.

In most states, according to the Jockeys’ Guild, if a trainer does not claim the apprentice weight allowance at the time of entry, he or she cannot use it, even if an apprentice ultimately rides the horse.

Notes from the Maryland Racing Commission
In Maryland, however, trainers may claim even an apprentice allowance at scratch time, provided either that the trainer had not named a rider at the time of entry or that the named jockey was unable to ride the mount.  In those cases, under Maryland regulations, a trainer may name an apprentice at scratch time and claim the additional weight allowance the bug rider provides.

In November, the Jockeys’ Guild had asked the Commission to alter the regulation to require that all allowances, including the apprentice allowance, be taken at the time of entry.  That, said the Guild, would conform the state to common practice and put it in line with the national model rule promulgated by the Association of Racing Commissioners International.

At that time, the Commission asked the Guild to provide further information and began a quest for consensus on how best to proceed.  That quest has apparently made little progress.

Frank Vespe, the founder of The Racing Biz, has owned, bought, sold, claimed, and written about horses, in varying combinations, for a decade.
“The short answer is we don’t have an answer,” Commission chairman Bruce Quade told the meeting after the Guild’s Mindy Coleman presented her organization’s position.  “We can’t come to consensus.”

Coleman pleaded with the Commission to adopt her organization’s proposal, which, she said, would not only conform Maryland to national norms but also return Maryland to what had been its practice until the last six months.  “Even though this regulation has been on your books for several years,” she told the Commission, “you weren’t applying it this way until very recently.”

That’s as may be, horsemen retorted, but they prefer the new regulation.

Calling the atmosphere which has encouraged so many good bug riders to come through Maryland “the essence of Maryland racing,” trainer Linda Gaudet told the Commission that the existing rule “makes it a level playing field for trainers.”

In situations in which they cannot secure the services of a preferred rider, some trainers and owners say, this rule can allow them to make the best of a bad situation.

“It’s certainly advantageous to owners and trainers,” said trainer Ann Merryman, who said that she had been forced into such a decision only one time, when her preferred rider in a big field had the call on both her horse and another horse and chose the other horse.

But, said Coleman, that “advantageous” situation for owners and trainers comes at the expense of journeyman riders.  “They [trainers] are going to pick an apprentice jockey over a journeyman” when allowed to take the weight advantage, she said.

After several minutes of debate, chairman Quade asked what the other Commissioners thought.  “You’re doing just fine by yourself,” Commissioner John McDaniel told him, to laughter, adding, “In this case, Mr. Chairman, you should punt.”

That, as it turned out, was what the Commission did, charging its executive director, Mike Hopkins, with developing data about how frequently the situation — when a trainer claims an apprentice weight allowance at scratch time — occurs.