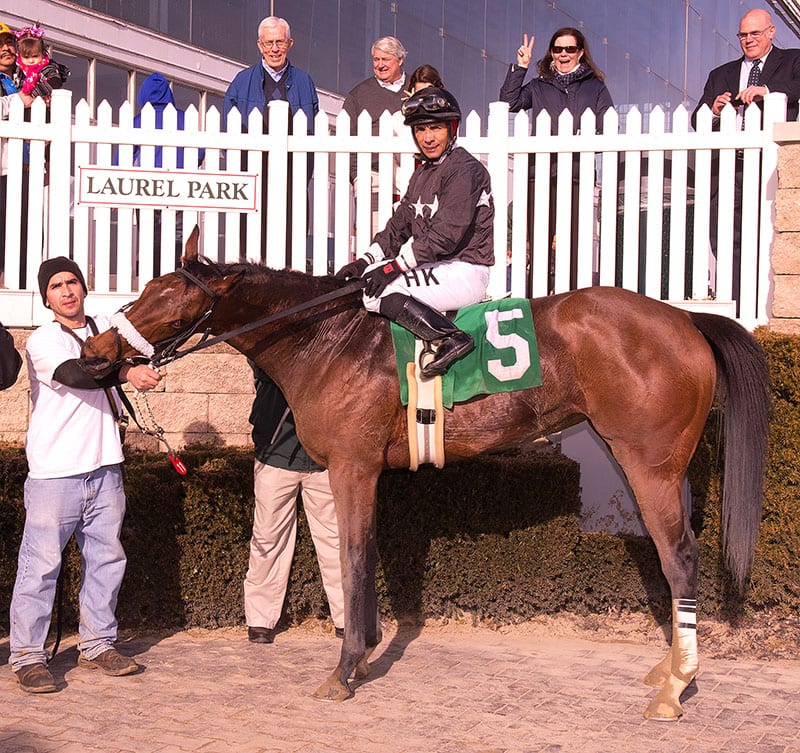 “I am happy,” Karamanos said. “I caught a cold at the beginning of the year. It took me about 10 days to get better so instead of taking a chance in the cold weather I took a vacation and went to visit relatives in Argentina. Then we went to Florida for the Jockeys Guild meeting.”

The 40-year old led from start to finish atop claiming filly Coco Punch ($21.40) in the third race for trainer Robin Graham. With his only other mount of the afternoon, Karamanos delivered a stirring stretch drive to be up in time with favorite Tupancy Links ($3.60) and won by a nose, taking the sixth race for trainer Vernon Allinson.

“This morning was the first day I was back on horses,” added Karamanos. “I am not even tired. I love to exercise and am in very good shape. I have a personal trainer who pushes me to do more and more as I get older.”

Karamanos tied a Laurel Park record by riding seven winners on October 26, 2002 and has four riding titles in the state: 2002 Laurel summer, 2003 Pimlico summer-fall, 2007 Laurel fall and 2010 Pimlico spring. He has 984 winners at the major Maryland tracks since arriving in 2002.