Maryland breeding, poised between past and future 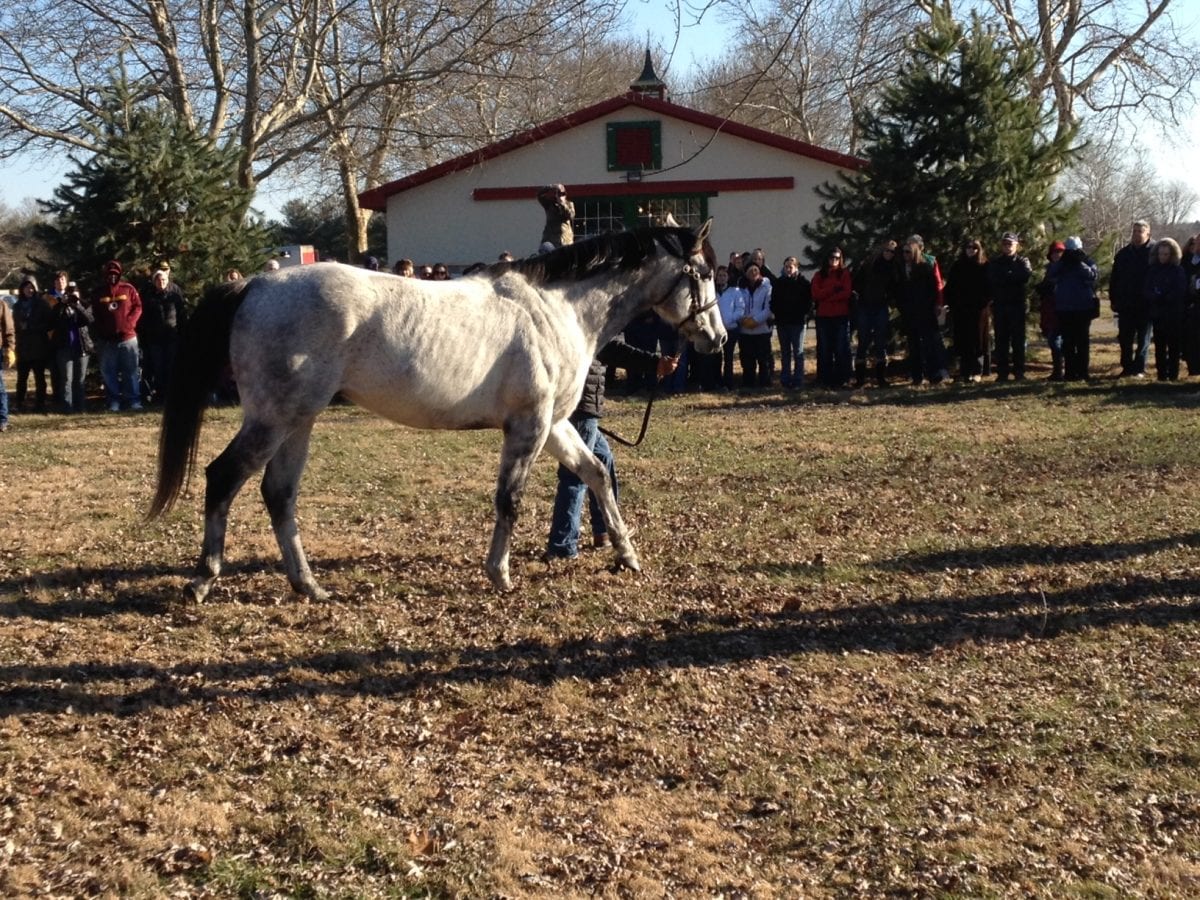 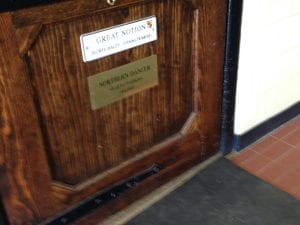 Blast from the past (and present). Northern Dancer’s stall, now occupied by Great Notion.

Of course, he has more than two decades experience in the breeding industry, which makes him “new” only in the sense of being new to his position.

Still, it was an apt word choice.  If racing is about the present — and, surely, it is a sport in which planning more than three weeks ahead is the ultimate act of faith — then the breeding end of the industry is about the past, and the future.

Past and future were amply represented in a pair of stallion open houses this past weekend, Saturday’s at Northview Maryland and Sunday’s at Heritage Stallions, directly across the street.

There at Northview, for example, was Northern Dancer’s old stall, his gilt plaque outshining that of current resident Great Notion.  And there, in one corner of the stallion barn, was Not for Love, the mid-Atlantic’s long-time leading sire.  He’s 24 now, cranky and woolly and in the autumn, perhaps winter, of his life.

“Should we clap or something?” Maryland Horse Breeders Association president Cricket Goodall wondered when the staff took the old guy from his stall to show to potential customers. 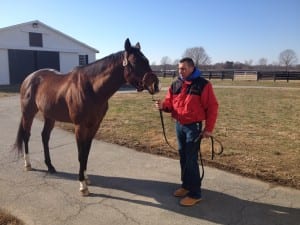 New stallion Buffum, a son of Bernardini. Photo by The Racing Biz.

Across the street and a day later, Heritage Stallions, the first significant new stallion operation in Maryland in a decade, was all about the new — a new facility, new barns, new stallions.  But as Dermot Carty of Adena Springs Canada, several of whose stallions have relocated to Maryland, walked a pushy would-be customer through which mares and which bloodlines might work with Showing Up, you could sense the past weaving through the present and future, the connections bridging the equine generations.

O’Loughlin wasn’t the only new guy around this weekend.  Bernardini’s son Buffum, preparing for his first season at stud, stood just down the row from Not for Love.  At Heritage, newcomers Despite the Odds and Hunters Bay joined the roster for their first seasons. 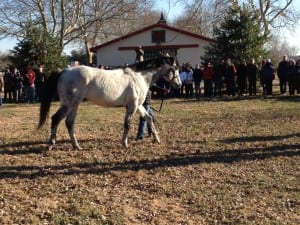 Despite the Odds, by Speightstown.

Meanwhile, those in attendance seemed poised between past and future.  Delaware breeder Mary Crisco lamented the industry’s decline — in her case, from a dozen mares, she said, to three — but kept her eyes glued on the stallions as they were shown to the crowd and talked animatedly about her mares and foals.

That’s true, too.  Most breedings don’t work, and most  horses can’t run, and most owners lose money, and most breeders wash out, and yet there we all were on Sunday, standing in a big, cold circle while the stallions made slow circuits before us and veterinarian Tom Bowman, a partner in Heritage, recounted their virtues.

Phoebe Hayes of the Maryland Jockey Club was also in attendance.  “Could it get any more Maryland than this?” she asked.