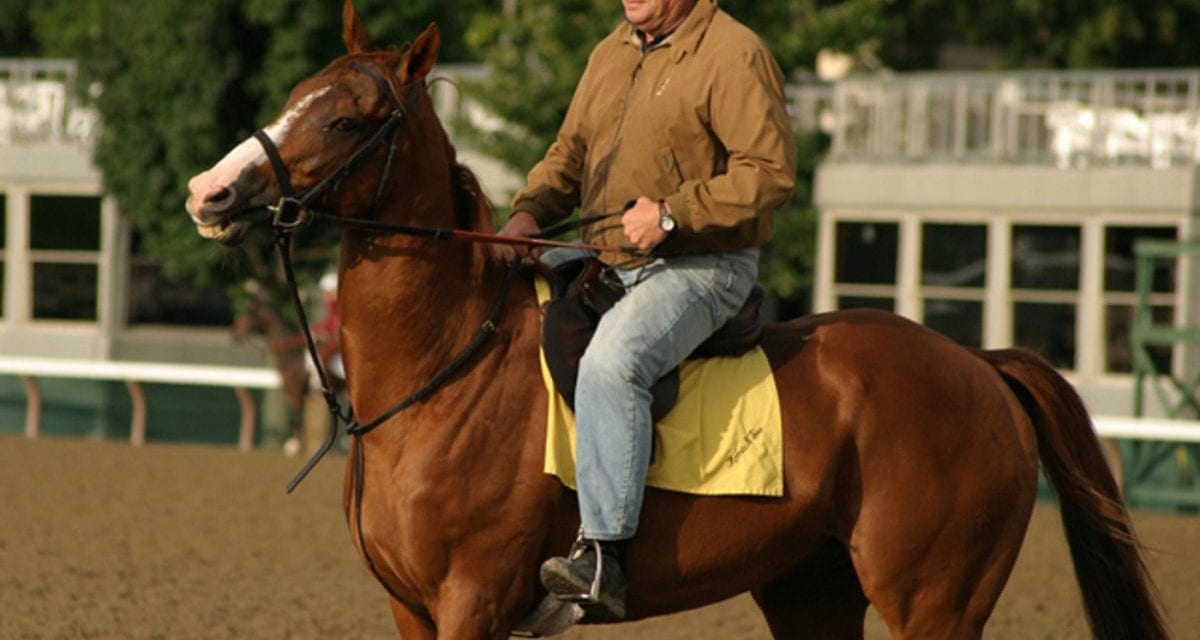 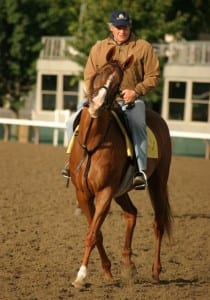 In the wake of Thomas Voss’s passing on Tuesday evening, several area horsemen took time to remember a man whose exterior gruffness hid a “heart of gold.”

“Tom was a good horseman and a good guy,” recalled Hall of Fame trainer Jonathan Sheppard in a phone interview on Wednesday. “He always had a gruff persona, but he would do anything for you. He really was a good person.”

Fair Hill-based trainer Edwin Merryman concurred, in almost the same words.  “He was a little gruff, but he had a heart of gold,” said Merryman, who conditioned homebred Jazzy Idea to the title of Maryland-based Horse of the Year in 2012.  “He was very generous. He loved his kids and his granddaughter.”

The longtime conditioner was known for training top-flight horses both on the flat and over jumps.

Two of his runners — turf runner John’s Call and Slip Away, the 2010 Eclipse Award winner as champion steeplechase horse — will be best remembered.

John’s Call won 16 of 40 starts and earned $1.57 million.  He won two Grade 1 events and finished third, beaten less than a length, in the 2000 Breeders’ Cup Turf. That year was the Lord At War gelding’s best — and it came at the advanced age of nine.

Sheppard, Voss’s long-time rival, trained Divine Fortune to this year’s steeplechase Eclipse.  Oddly enough, in one of Divine Fortune’s two victories this year, the place horse was none other than Slip Away.  He recalled his on-track battles with Voss fondly.

[pullquote]”[Voss] loved the horses and he would do anything to help anyone.” — Jay Young[/pullquote]

“I always enjoyed seeing him at the track, especially at Saratoga when it seemed like me, him and Jack Fisher were always running something in the jumps up there,” Sheppard said.

Merryman, who was good friends with Tom’s younger brother Jack, who passed away more than a decade ago, admired the trainer’s preparation.  “Tom was an excellent horseman,” Merryman said.  “He knew how to have his horses in the best condition.”

Voss’s horsemanship extended beyond the racetrack, befitting a man whose family was steeped in local equine traditions.  Voss was a master fox hunter and belonged to the Elkridge-Harford Hunt Club for the better part of four decades.  At the time of his death, he was Joint Master of the Hunt.

One of his closest friends, Hunt Club president Jay Young, admitted that he was both saddened and surprised at the news of Voss’s sudden, untimely passing.

“When I heard that he passed away on Tuesday night, I didn’t believe it,” said Young, an attorney who specializes in estate planning. “I had to call three different people to verify that it was him. It just could not seem possible. Tom was an avid fox hunter and he loved the horses. He always trained his horses off the family farm [Atlanta Hall] and he even used fox hunting as a method for training his horses.”

“He loved the horses and he would do anything to help anyone,” added Young.  “It’s really a loss for his family, his friends and our club.”