The loneliness of the long distance runner(s) 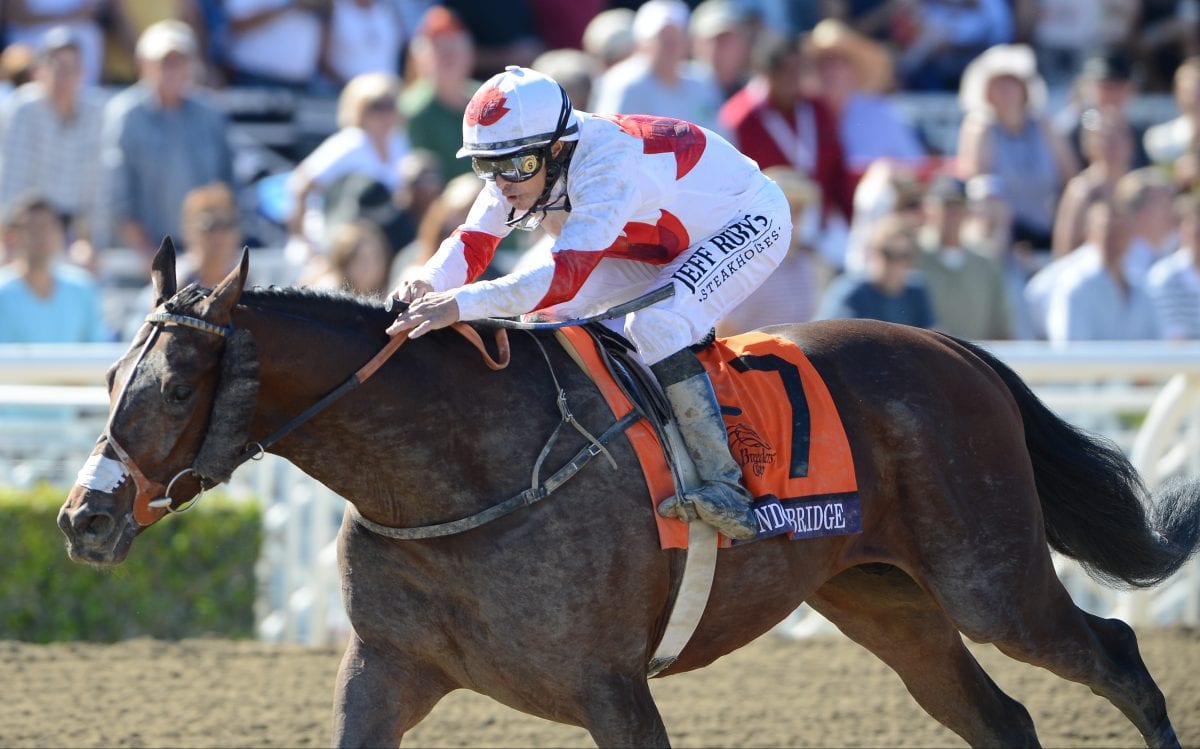 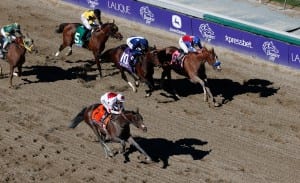 When I was in my prime — perhaps when Thoroughbred racing was in its prime — I became enamored with the so-called marathons of horse racing, those races at least one-and-a-half miles.  Perhaps the most famous of these races would be Secretariat’s Belmont Stakes in which every law of horse racing, and possibly a few of physics, seemed to have been broken.

These days, not so much.

There remain mile and a half stakes races on the grass, of course, and Belmont, Colonial Downs and Kentucky Downs card other distance turf races as well.   Of course many of Europe and Australia’s prestigious races remain at the classic distances on the grass.   The mile and three quarter San Juan Capistrano Handicap, a four-turn race run at Santa Anita, is the classic turf marathon in this country.

Here in Maryland, the grass marathon has largely disappeared, despite its impressive pedigree.  For example, Helen Pollinger’s mare The Very One winning the 1 1/2 mile 1979 Dixie Handicap was noteworthy. Though still a graded event, the Dixie, which has been run since 1870 is currently neither a handicap nor a marathon; it hasn’t been the latter since 1990.  Similarly several great mares, including All Along, April Run and Dahlia, won renewals of the now defunct but historically important 1 1/2 mile Washington D.C. International.

Nationally, despite the existence of some long races on the lawn, dirt marathons however have all but disappeared.  Belmont Park still cards the Belmont Stakes and Brooklyn Handicap, both at 12 furlongs (though the latter has been run at several different distances, including, until 2007, nine furlongs).  But in 1990 the Jockey Club Gold Cup, which from 1921 though 1975 was run at two miles, was shortened from a mile and a half to a mile and quarter.  Seattle Slew’s 1978 whisker defeat to Exceller in the Jockey Club after dueling Affirmed into submission was perhaps the greatest “losing” effort ever.   His grit on the track was a harbinger of his becoming one of the true breed changing sires.

My favorite marathon was the Display Handicap, usually run on New Years Eve at Aqueduct, a  2 1/4 mile race until its last running in 1990.  The race took almost four minutes to complete and was filled with horses coming from the claiming ranks, turf and having traveled from as far north as Canada and as far south as Maryland.  “Horses bred (and sometimes based) outside the United States often competed in the Display,” notes Wikipedia.  New York also ran the Gallant Fox at 1 5/8 miles, as well as marathon starter handicaps.

The obvious question is why have many of these classic routes disappeared.  Are horses being trained for speed instead of stamina?   Has the use of medication been a factor?  Do longer races cause horses to bleed more often?  Are horses more fragile and unable to train hard enough to go a true route of ground?   Are trainers less knowledgeable about how to get a horse ready for such events?  Has the advent of two year old in training sales required the breeding of more precocious types?

What remains from the ashes of those great races are the 1 ½ mile Greenwood Cup Stakes at Parx and the Tokyo City Cup Stakes at Santa Anita, both conducted on the dirt, and the Valedictory Stakes at Woodbine at 1 3/4 miles on the polytrack.  Recently, the Breeders’ Cup has stepped up to offer the 1 3/4 mile Marathon.

What can we — or anyone — do?  Most likely the only long term solution is money: increasing the purses of longer distance races.    Route races at certain tracks used to have higher purses than sprints of the same class, a split which perhaps could be reinstated.   Less emphasis on two year old racing — with its concomitant demand for horses ready to run short to middle distances at young ages — would help.   Perhaps a greater emphasis by the Breeders’ Cup on long distance racing — in the form of a larger purse for the Marathon and substantial Breeders’ Cup awards to Breeders’ Cup-nominated winners of existing and to be created marathons, particularly dirt marathon races — would help reinvigorate the division.

Many of my ingrained memories are of dirt races run at a mile and a half.  Horses like John Henry, Kelso, Seattle Slew, Secretariat, Affirmed and Alydar starred in these great old races.  What horses will take up their mantle, even what races outside of the Breeders’ Cup will define greatness — these things are uncertain.  What is certain, however, is that as breeders, owners, gamblers and fans have suffered a loss as a result of the demise of races run at classic distances.

Richard Hackerman is an attorney, as well as a breeder and owner of racehorses.