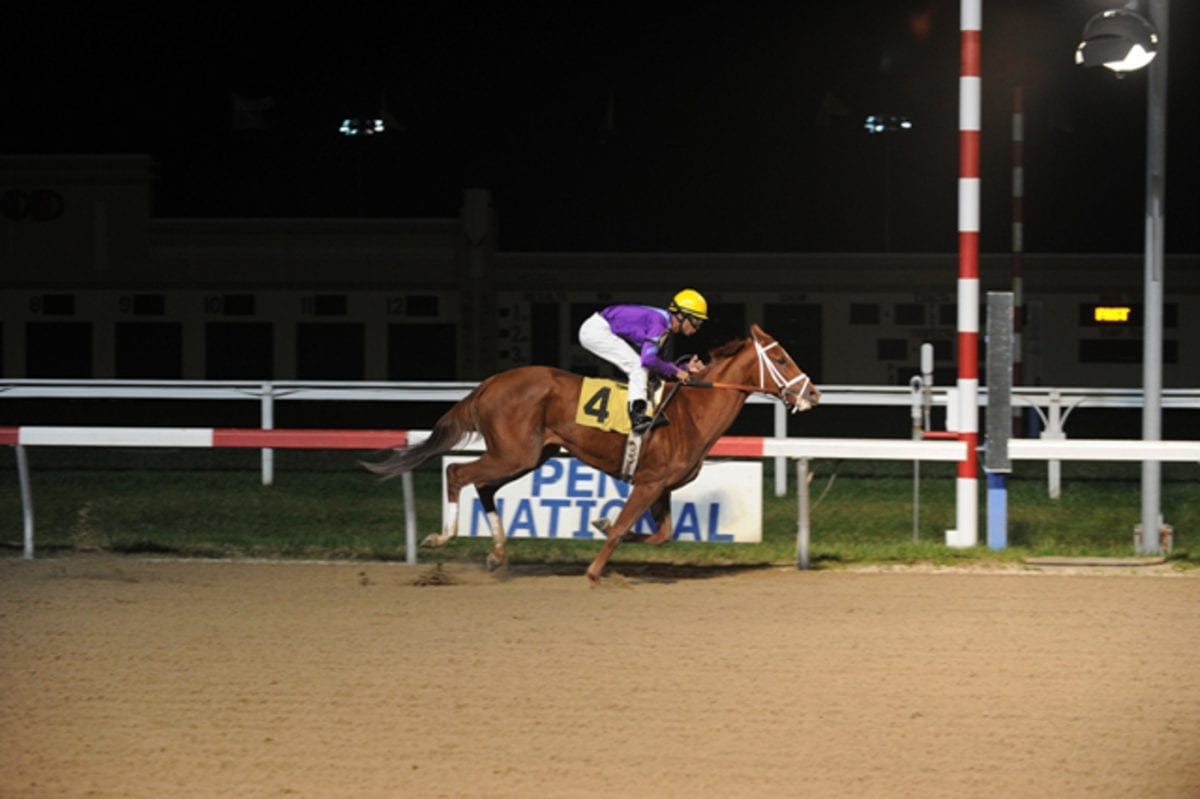 Season leaders for the 2013 racing season included jockey David Cora with 178 wins in 932 starts; trainer John Locke with 90 wins in 571 starts and owner Rock Bottom Ranch with 32 wins in 104 starts.   Most wins by a horse at the meet belonged to Reign Suzanne, who tallied all eight of her 2013 victories at Penn National in 14 starts, moving from maiden claiming company to a late fall stakes appearance for trainer Sandee Beattie.

And of course, sophomore Rydilluc won the inaugural running of the $500,000 Penn Mile on the lawn in impressive fashion.

Noteworthy as well was the multiple Grade 1 campaign of the Pennsylvania-bred three-year-old filly Princess of Sylmar, who broke her maiden in late 2012 at Penn National in eye catching fashion for trainer Todd Pletcher.   Though she didn’t run again in Grantville, that win shot “Princess” into another orbit as she went on to topple the best of her division as well as older mare champion Royal Delta during her 2013 campaign.

Penn National will conduct a 200 date live meet in 2014 with opening night on January 2.  The track will run a Wednesday through Saturday live racing schedule through most of the season.   Post time will be 6 p.m. nightly.

(Featured image, of Princess of Sylmar breaking her maiden at Penn National, by B & D Photography.)