Over the last several years, the Delaware Handicap has become one of the most important races for older fillies and mares in the country.  This year, the star of the show was defending handicap mare champ Royal Delta, and the champ delivered the goods, trouncing her overmatched rivals by nearly 11 lengths.  It was her second straight win in this race, and she’s notched 12 wins, with nearly $5 million in earnings, in her fabulous career.  The images here are by Vas, whose quirky and compelling work has appeared here several times. 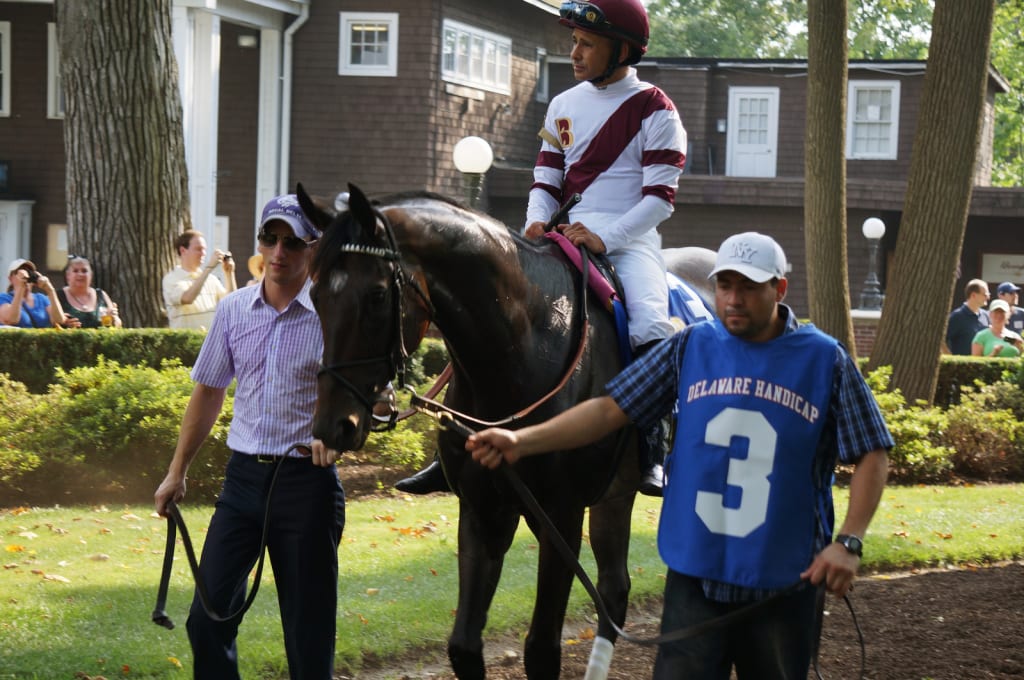 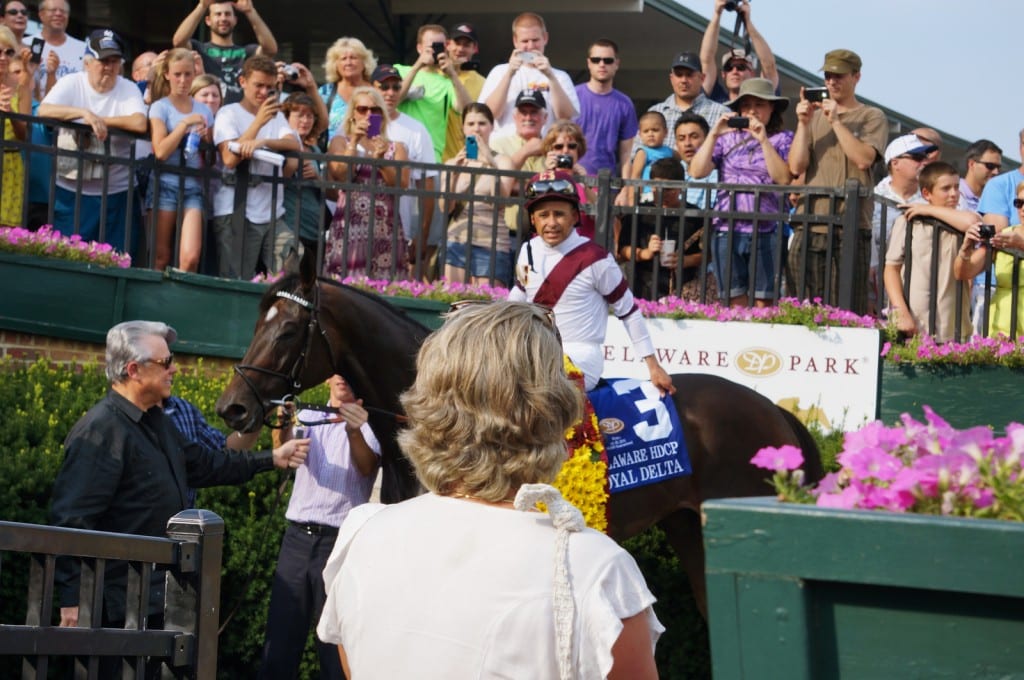 Everybody wants a shot. Photo by Vas.