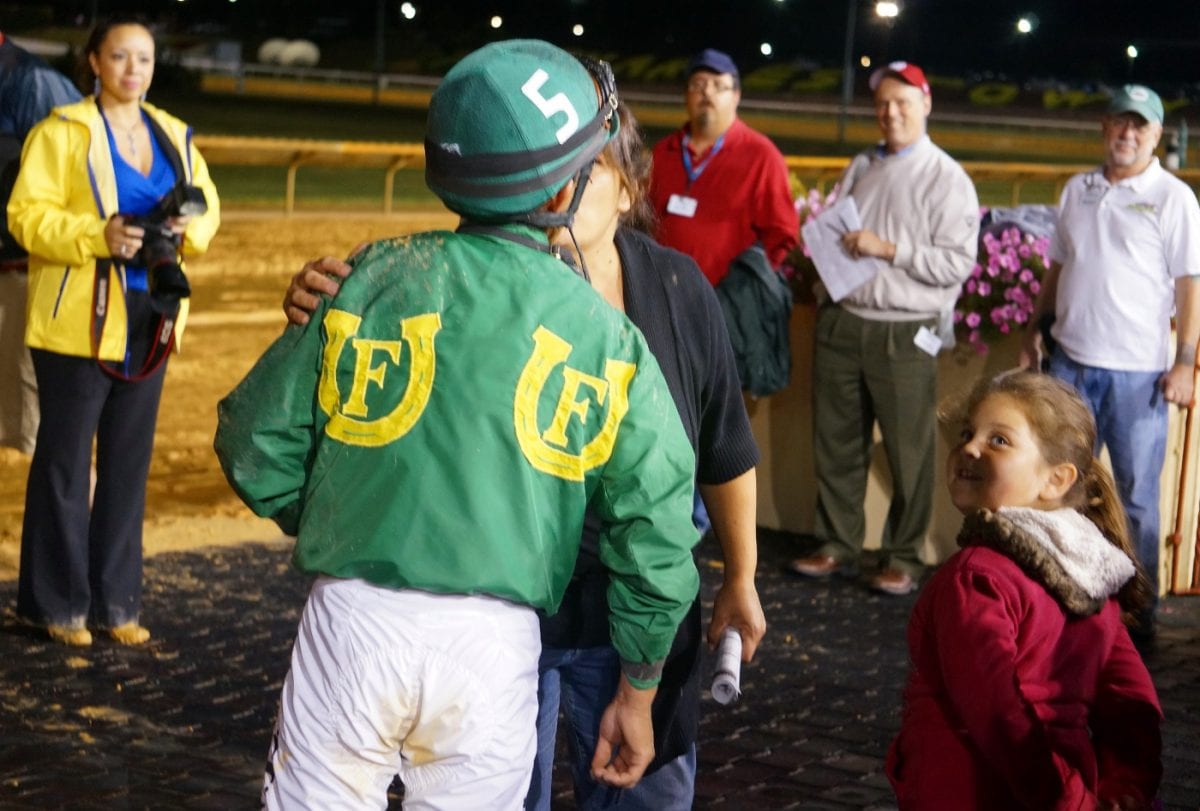 Saturday evening’s nine-race card at Charles Town will feature the track’s last two stakes of the season, and both have runners with interesting tales.

The feature is the latest edition of the Eleanor Casey Memorial for state-bred two-year-old fillies, named in honor of the late owner-breeder and wife of longtime trainer and breeder, James W. Casey.  But the likely favorite won’t be the Casey-bred Windsor’s Punch, a sharp first-out winner.

Instead, it will probably be the most accomplished — and busiest — horse in the group.

In an era when many two year-olds are babied through their juvenile campaigns, Henny’s Princess will be making her 11th start of the year tomorrow evening in the Eleanor Casey. The daughter of Henny Hughes, trained by former local jockey, Keturah Obed-Letts for owner-breeder James F. Miller, already owns a 3-3-0 slate and $96,000 bankroll from 10 previous starts and rose to the occasion on West Virginia Breeders Classics night by taking the $58,000 Triple Crown Nutrition BC. It marked the first Classics score for Obed-Letts as a trainer or jockey.

“This filly is really something special,” said Obed-Letts, who gallops the filly every morning at Charles Town. “She’s smart and she’s really talented. I’ve always thought she would do better at the longer distances. She’s got a lot of natural early speed, but I think she can rate and go a little bit further. She’s really just been a pleasure to train since the first day.”

It actually took Henny’s Princess five tries to break her maiden, but three of those came against open company.  She finally garnered her diploma in a 4 1/2 furlong state-bred maiden special weight affair here on August 11, also her first with current rider Alcibiades Cortez in the irons.

Henny’s Princess then tried stakes company one month later, but stumbled at the outset of the Rachel’s Turn and settled for second as Nanna Anna prevailed easily. But in the Triple Crown Nutrition one month later, Henny’s Princess turned the tables on Nanna Anna and posted a length tally in 52.20 for the 4 1/2 furlong distance. It was the first Breeders Classics tally for Obed-Letts, who had limited mounts in those races as a jockey before finally attaining one as a trainer.

“That was such a thrill,” Obed-Letts said. “I never had the chance to win one of those races as a jockey, but to get my first one with her as a trainer was something special.”

Henny’s Princess has won once in three tries since then, against allowance company here between two starts at Laurel Park, where she settled for fourth in both the $100,000 Smart Halo Stakes and the $100,000 Gin Talking Stakes, a pair of open events for juvenile fillies. In five local appearances against state-bred runners, Henny’s Princess has notched three wins and been second twice, and she should be right at home in the Eleanor Casey tomorrow.

Though the seven furlong distance figures to be a question mark — all three of her wins came at 4 1/2 — none of her rivals owns a win at the distance, either.  On the other hand, three of them — Planking, Pepper Bay, and Final Bow — have won at 6 1/2 furlongs.

One race earlier on the card, a horse who’s made a comfortable living going two and even three turns around the Charles Town oval will drop back to the 4 1/2 furlong sprint for the first time in 18 months, in the $35,000 Holiday Handicap for older runners. 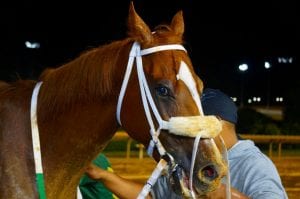 Lucy’s Bob Boy — 7-2 on the morning line, though some predict he will not race — will look to overcome two huge obstacles in this open event.  The four-year-old Flatter gelding, trained by Sandra Dono for owner Michael Furr, will attempt to make a serious cutback in distance from his last three outings at nine furlongs – two of them going three turns here – to the one-turn sprint distance where he has won three of four tries, but none since June 2012.

Lucy’s Bob Boy has competed in three consecutive races at a mile and one-eighth, which has developed into one of his strengths. He captured the $500,000 West Virginia Breeders Classic at age three, then was second in the A Huevo. This year he finished eighth in the Classic, but came right back to win the A Huevo before finishing a nondescript seventh in the nine-furlong, $100,000 Broad Brush Stakes at Laurel Park in his most recent try.

In addition to cutting back severely, Lucy’s Bob Boy will also face open rivals who have thrived at the distance over the years. Fearsome, who has won five of six starts at the distance for trainer Hugh McMahon, earlier captured the $75,000 Webb Snyder Charles Town Dash, handing Immortal Eyes only his second defeat in 12 starts at the oval. Immortal Eyes turned the tables on him in the Jefferson County Stakes here in October, however.

There are also three older speedballs to the outside of Lucy’s Bob Boy. Jasizzle, Love to the Max and Brooklyn Cowboy are also one-turn sprint specialists accustomed to facing open company. Love to the Max owns a solid 10-6-14 slate and $285,000 bankroll from 47 local outings, including a 7-5-5 slate from 25 starts at the one-turn distance here. Brooklyn Cowboy has won two of six starts at the distance, including a minor stakes at Mountaineer Park.