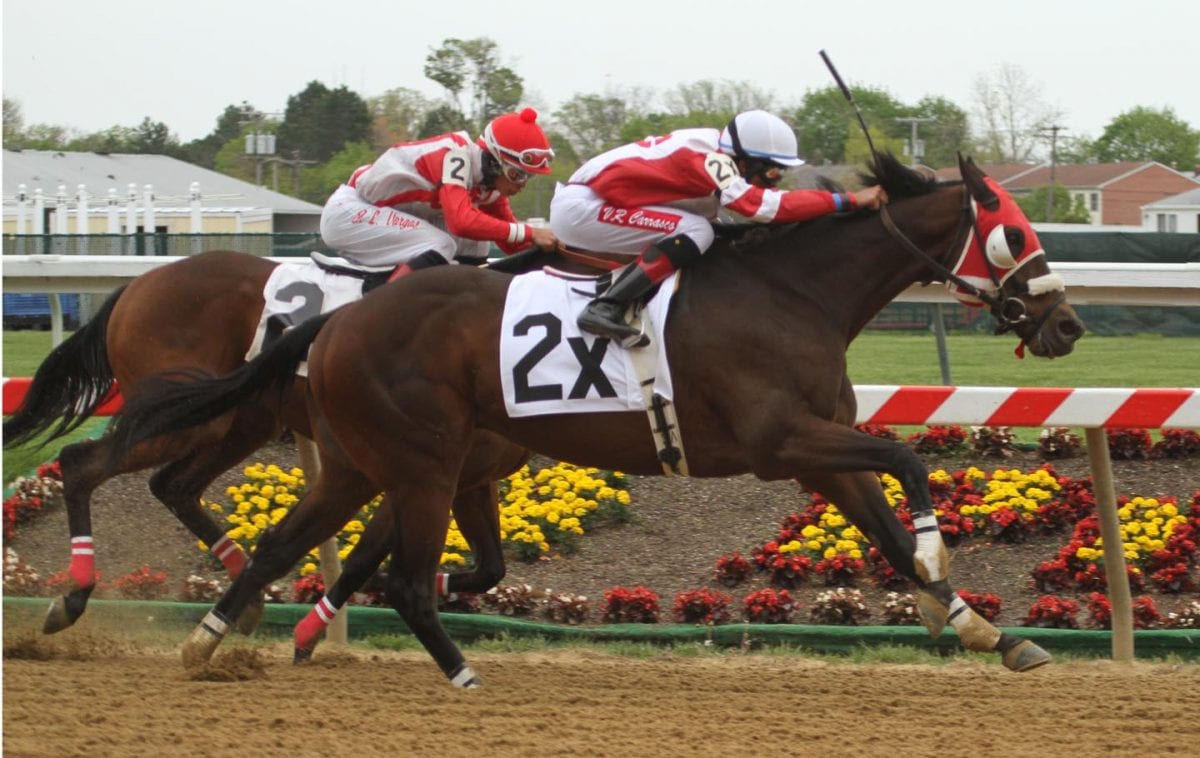 Breeders’ Cup Ltd. on Monday released a study suggesting that two year-olds may not benefit from the use of the anti-bleeder medication furosemide, commonly known as Lasix.

Then the organization set about explaining why the study was merely a tiny data point amidst an ocean of unknowns and called for more study on the topic.  For an organization that had in 2011 announced — and then was forced to back down from — a total ban on raceday medications, that might be good politics.

In a conference call with media, the organization announced that its study of 55 juvenile runners during the Friday and Saturday of Breeders’ Cup 2013 had found no evidence that exercise induced pulmonary hemorrhage (EIPH) was more severe in two-year old horses not treated with furosemide.

In other words, on the group studied, the Lasix didn’t do much, if anything.

The study was conducted by Hagyard Equine Medical Institute and sponsored by Breeders Cup Ltd. to honor a commitment the organization made to the California Horse Racing Board and the Thoroughbred Owners of California that it would fund post-race endoscopic examinations of the starters in these races and publish the findings.

Participation in the study was voluntary on the part of owners and trainers, and the connections of 23 juveniles running on those days opted not to participate; that still left 55 in the study, a participation rate of over 70 percent.  Of the 55, 14 had been treated with Lasix, and 41 had not.

Each of those horses in the study was scoped — that is, examined with an endoscope — following the race and assigned a number grade on the standard EIPH chart, from 0 (no bleeding) up to 4 (significant bleeding).  Overall, 55 percent of the horses in the study (30 of 55) showed no evidence of bleeding, and another 22 percent (12) received a score of 1 (only the mildest evidence).

But, in a result that lead researcher Dr. Nathan Slovis said defied his expectations, the numbers showed a significant difference between treated and untreated horses: 85 percent of untreated horses received scores of 0 or 1, versus just 50 percent of those horses that ran on furosemide.

Put more simply: horses on Lasix were more likely to bleed than those that ran without it.

[pullquote]”The next step is to sit down with horsemen’s groups to see how we can advance the science.” — Craig Fravel, Breeders’ Cup[/pullquote]

Yet Slovis, Breeders’ Cup chief executive Craig Fravel, and chairman Bill Farish were quick to tamp down expectations as to where this study might lead.

Slovis, the researcher, said he hoped that the study would “lead us in some directions that further studies can be performed” and that racing would “dedicate additional resources to the study of EIPH.”

“It’s important that we all recognize this is a snapshot of what happened with two particular groups of horses on two particular days during the year,” added Fravel.

Noted Farish, “There was no thought that this was going to be definitive in any way… It shouldn’t lead anyone to a knee-jerk reaction.”

Beyond politics, their caution is well-founded — for reasons that they themselves noted.

“There are limitations,” said Slovis.  “It was not a randomized, controlled study.”

In addition, Slovis pointed out, “This is a biased group of horses; these are elite horses.”  In other words, whether these findings are applicable to older horses or the hard-knockers who comprise most of racing is unknown.

These results contradict at least some other findings, including perhaps the largest-scale examination of the use of Lasix, a study of 167 horses in South Africa in 2007 in which each horse raced twice, once on Lasix and once without.  That study found that horses were 3 to 11 times as likely to suffer some bleeding while running without Lasix.

Yet as Dr. Paul Morley, one of the lead researchers of the South African study, told the New York Times (here), “The results of this study do not eliminate debate about the use of this medication in racehorses, but it does provide evidence needed to aid making sound policy decisions.”

And then, of course, there is the conventional wisdom.  American horsemen overwhelmingly believe that furosemide is effective in combating EIPH, and it likely would take a raft of studies to sway that belief; absent that, they are unlikely to support the elimination of the drug, as Breeders’ Cup had sought.

That may be why the Breeders’ Cup’s Fravel hastened to add, “The next step is to sit down with horsemen’s groups to see how we can advance the science.”

Indeed, advancing the science is key.  It is rare for American racing to act with anything approaching uniformity — but the introduction of Lasix is one such area.  Every state now allows the medication, and most horsemen believe that is a good thing.  Yet whether that’s true or not is uncertain, because, outside of anecdotal evidence, the science on Lasix is surprisingly thin — and that lack of rigorous examination of the drug is the first thing that needs to change.