Jeremy Rose makes his return to the winner’s circle 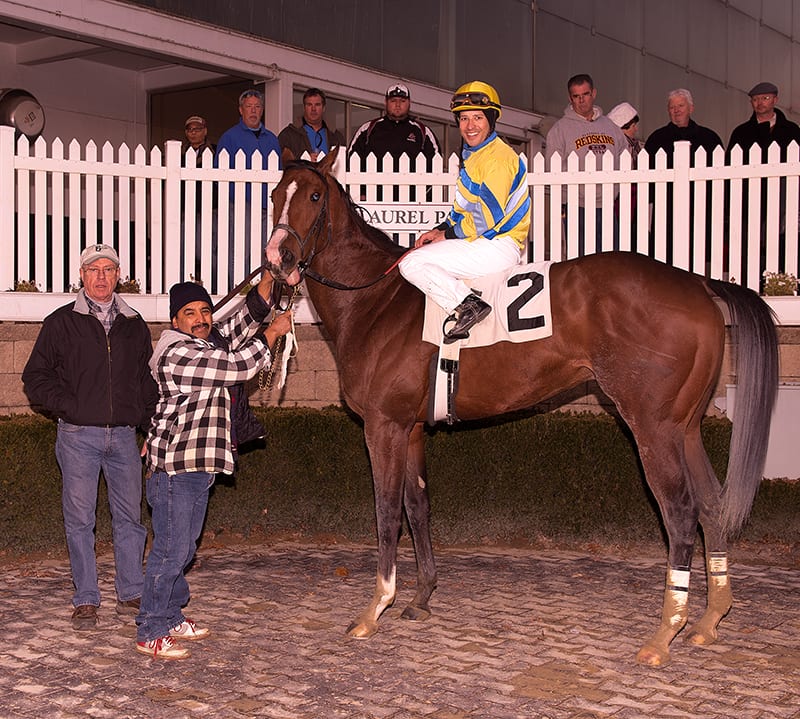 Jeremy Rose had only one mount this afternoon but he made the most of it when he drove Hope In Your Rope to a 3/4 length victory in today’s finale at Laurel Park.

The win was the first for Rose since returning several days ago after missing three months of action. The 34-year old, long a fixture on the Maryland and Delaware circuits, is most famous for his ride in the 2005 Preakness Stakes when he prevented Afleet Alex from falling after clipping heels, then righting him and driving to victory. In 2001, Rose won the Eclipse Award for outstanding apprentice rider.

“I’m fit. I’m feeling good. How did I look out there?” said Rose with a big smile on his face after he dismounted in the winners’ circle.

Trainer Hamilton Smith saddled Hope In Your Rope, who was breaking his maiden in his fourth lifetime start. The son of Yes It’s True paid $11.