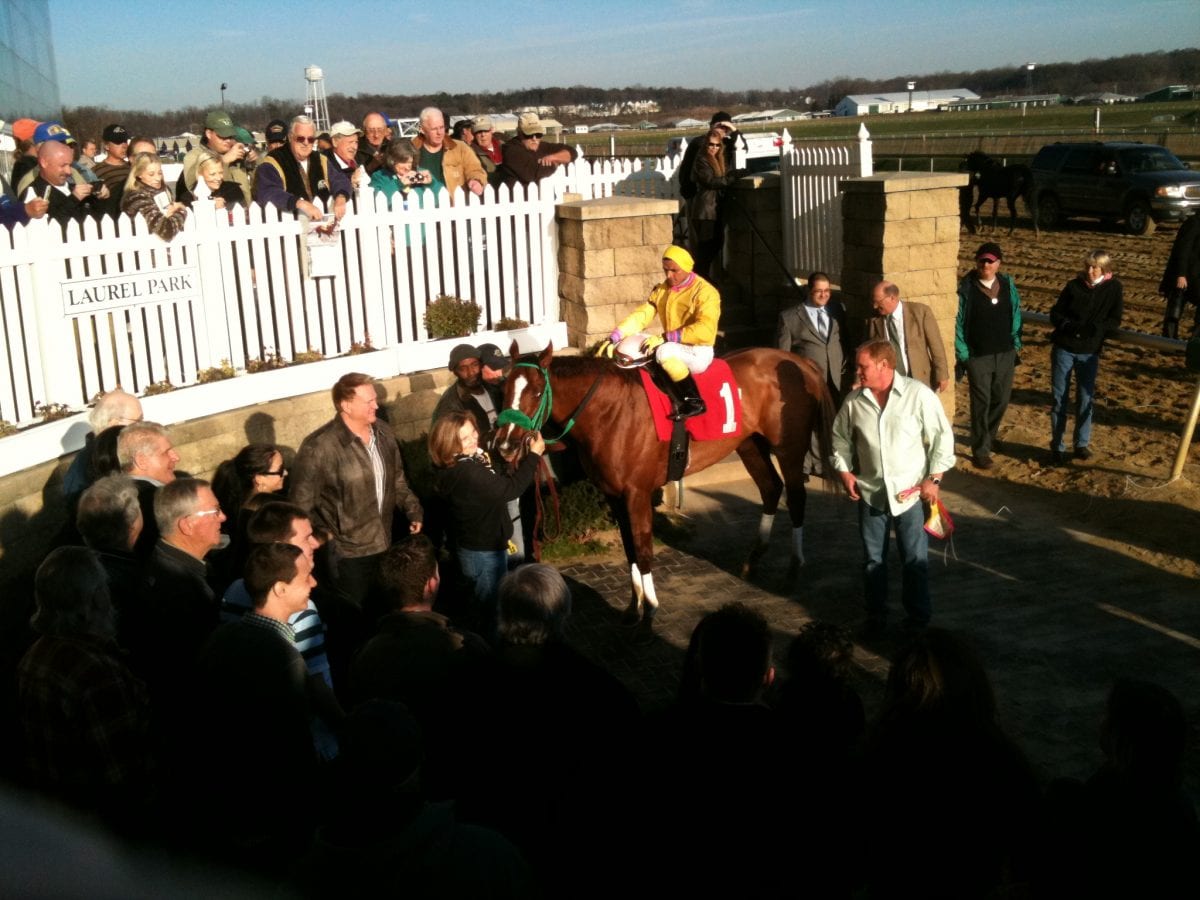 Four people — three trainers and a track employee — have been arrested at Penn National Race Course, according to a release from the United States Attorney’s Office for the Middle District of Pennsylvania (here).

Trainers David Wells, Sam Webb, and Patricia Ann Rogers and track employee Danny Robertson, a clocker, were arrested, according to US Attorney Peter Smith.  The four have been indicted on charges of fraud.

Wells, Webb, and Rogers are all alleged to have been in possession of, or actually to have administered, “substances prohibited from being introduced into a horse within 24 hours of when the horse is scheduled to race.”  These acts, the indictments say, violate Pennsylvania law and, because Penn National’s races are simulcast throughout the country, constitute wire fraud.

Webb and Rogers each were charged on the basis of one specific incident, according to the release.  Webb allegedly “was detected by track security personnel on May 2, 2013, in a stall at the racetrack in possession of hypodermic syringes, needles, and bottles of medications preparing to inject the horse Papaleo that Webb trained and which was scheduled to run in the sixth race that day.”  The discovery necessitated a scratch.

According to www.ThoroughbredRulings.com, a website run by The Jockey Club, Webb received a 60-day suspension for “possession of needles and syringes” discovered at Penn National on that date.

The Rogers indictment stems from an incident on August 21, 2013, involving the horse Strong Resolve.  The trainer allegedly was “observed injecting or attempting to inject a substance” into the horse, who was scheduled to run later that day.  Rogers also is charged with “conspiring with a person known to the grand jury to attempt to commit wire fraud.”

The case against Wells appears to be more comprehensive.  “The indictment… alleges that Wells… would routinely inject prohibited substances into horses he trained… by use of hypodermic syringes and needles and otherwise.  It is also alleged that Wells was routinely in possession of those prohibited items at the racetrack.”

Meanwhile, prosecutors charge that Robertson, the clocker, accepted cash from “trainers known and unknown to the grand jury” in return for recording false workout times or even fabricating workouts altogether and providing those to Equibase.  Robertson, the indictment alleges, benefited personally from the scheme while defrauding both the betting public and his employer, Hollywood Casino and Racetrack, which “was denied of its right to Robertson’s honest services.”

According to Equibase, Wells, best known as the trainer of record-setting starter allowance star Rapid Redux, has won 458 races in a career that begin in 2000.  Webb has won 743 starts from nearly 5,000 starters in a training career of nearly 30 years.  Horses trained by Rogers have won five of 50 starts.