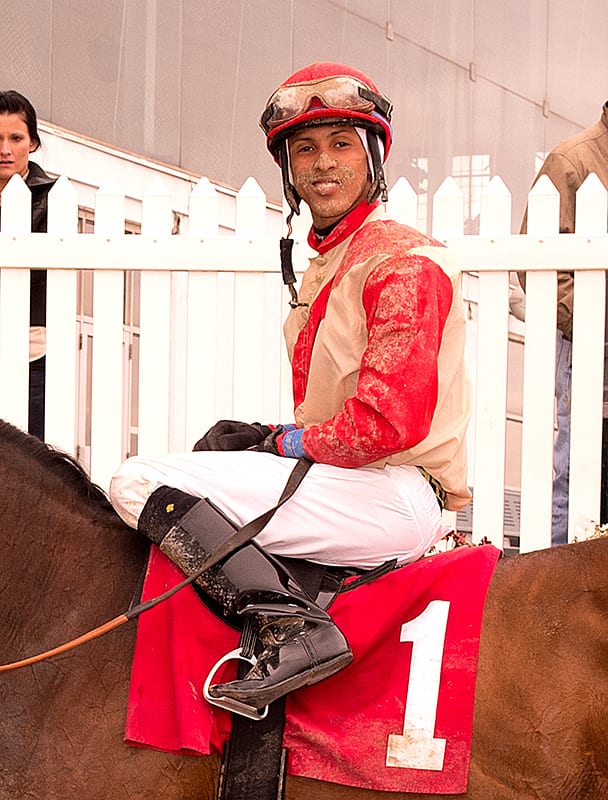 Eleven years ago, Ryan Fogelsonger used a dominating fall meet at Laurel Park to earn the Eclipse Award for outstanding apprentice rider. Victor Carrasco is looking to catch lightning in a bottle by rallying for same award.

Carrasco ranks second in North America among bug riders with 178 victories, just one behind south Florida-based Edgard Zayas and is a good bet to be one of the three finalists for the Eclipse Award. After arriving in Maryland from Florida in April, he tied for second in the Pimlico standings and then finished as the runner-up at the Delaware Park meet.

“Like I said yesterday, I am working hard for the Eclipse and trying to improve each day. I am getting a lot of help from a bunch of the riders in the room. Luis Garcia, Kendrick Carmouche, Carlos Marquez and Julian Pimentel are watching the replays with me and telling me what I am doing wrong,” Carrasco said. “I went to the same riding school as Edgard. We have talked on Facebook or Twitter but not recently.”