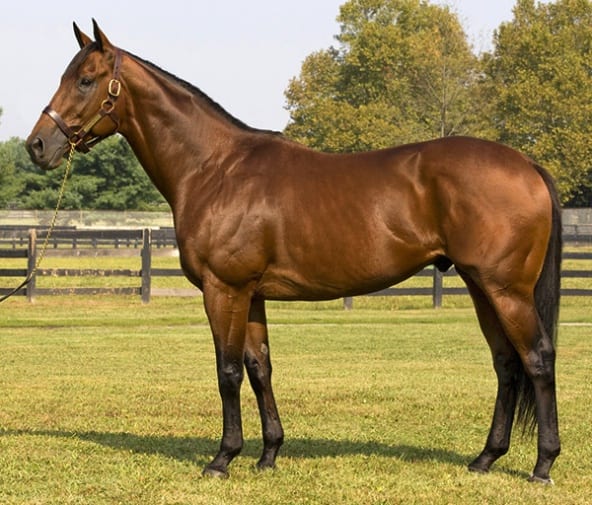 Bullsbay, the only son of leading sire Tiznow standing in the Mid-Atlantic region, has moved to Northview PA in Peach Bottom for the 2014 season. He stood his first three seasons at Northview Stallion Station in Chesapeake City, Md.

One of the best of Tiznow’s runners at stud, Bullsbay captured the Whitney Handicap-G1, Alysheba Stakes-G3 and Harrison E. Johnson Memorial Handicap over the likes of Macho Again, Commentator and Richard’s Kid. He set a one-mile track record at Del Mar and was four times stakes-placed, including a close third to Rachel Alexandra in the Woodward Stakes-G1. He retired with earnings of $923,245 from 25 starts.

From the family of  Grade 1-winning millionaire Grecian Flight, Bullsbay is out of the stakes-placed Lord Carson mare The Hess Express, and is a half-brother to juvenile stakes winners Our Khrysty, Hidden Expression and Vegas No Show.

Bullsbay’s first-crop yearlings were well-received at the 2013 sales, with eight of 10 offered being sold, for nearly nine times his stud fee. His first runners come to the races in 2014.